The importance of virtual training in tackling near-peer threats [Interview]

Doug Livermore speaks to Defence IQ about how virtual training will be vital for the reorientation toward near-peer conflict. 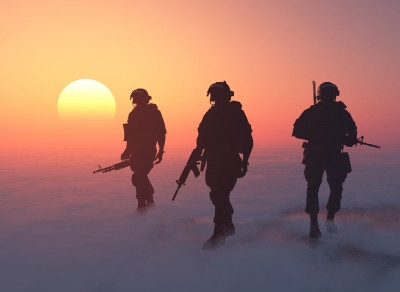 Difficulties in training for near-peer threats

After 19 years of counter-insurgency operations, the US and its allies are reorienting their training back to near-peer conflict. However, the difficulties in training a modern defence force against near-peer threats include high expenses, reduced capacity to provide repeat training and an inability to provide realistic threat scenarios conductive of real operational situations.

As a result, military trainers have been increasing their use of simulation technologies to augment live training.

To find out how the virtual defence sector is evolving, we spoke to Doug Livermore, contracted advisor for the Office of the Assistant Secretary of Defense for Special Operations and Low-Intensity Conflict.

Defence IQ: Virtual training can reduce danger and miscalculation, but how can you balance this against the deterrence effect of real-world exercises?

Doug Livermore: Be considerate about the use of real-world exercises and utilise them for the right purposes, as you can create a strong geopolitical deterrent. For example, NATO’s Exercise Trident Juncture 2018 occurred shortly after Russia's Vostock 2018. If an adversary can deploy an exercise with 300,000 troops, 80 ships and 1,000 aircraft, it is important to respond in-kind with a similarly sized-exercise. 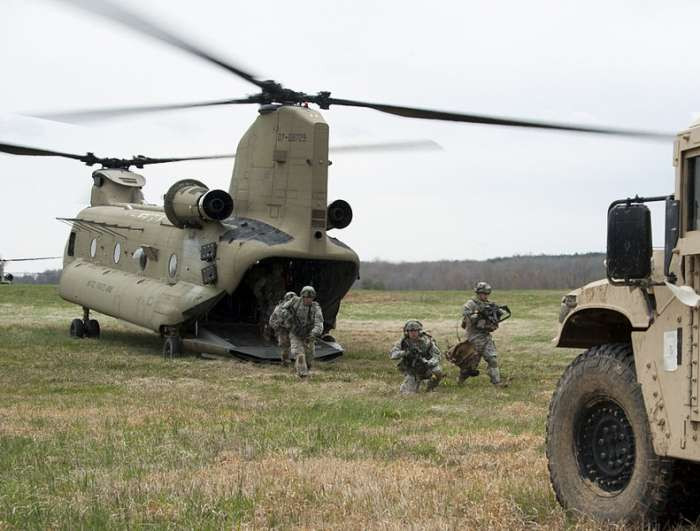 However, not carrying out a large-scale exercise can sometimes be beneficial. For example, the Trump administration has considered scaling down or halting the forthcoming 2019 joint-military exercise with South Korea should it substantially worsen diplomatic talks with North Korea.

It is all about finding the right mix of utilising military exercises to complement diplomatic activity.

Defence IQ: What are the dangers associated with compromising our cyber tools and how it this mitigated with virtual training?

Doug Livermore: Cyber assets can be quickly compromised as was the case with the malware Stuxnet. [Stuxnet was a sophisticated malicious worm that had an unparalleled infection rate. In 2010, it infected the computer systems at the Natanz nuclear plant in Iran, where it targeted programmable logic controllers, such as centrifuges, forcing them operate out of their design capacity, destroying themselves in the process.]

The person in charge of deploying the malware would have decided that compromising the Iranian nuclear system was worth losing Stuxnet, because once a malware is out in the open, countermeasures and defences can quickly be deployed.

“If an adversary can deploy an exercise with 300,000 troops, 80 ships and 1,000 aircraft, it is important to respond in-kind with a similarly sized-exercise.”

However, with virtual cyber training, assets are in a secure environment, diminishing the chance of the code being scrutinised.

If a piece of code does get into the open, an adversary may use it, which results in misattribution. Misattribution is incorrectly laying blame on the perpetrator of a cyber attack, which can have serious consequences for a nation’s reputation.

Lastly, there are unintended effects to consider. If you have an untested tool in development and it gets misused or even used by a country in a virtual environment, you may have cascading effects. For example, a system that should affect one particular SCADA system in one particular industry may have unintended second or third-order effects that would work against the intended strategy of the employer.

Defence IQ: What is fuelling the development of virtual training technology?

Doug Livermore: Virtual training is driven by the civilian sector and sold to clients in the military and security industries. The technology, therefore, needs to be scalable and we have to understand the systems that virtual training is intended to replicate will not be the same systems used by military forces 20 years from now. You have to ensure value across the product's lifecycle.

Systems should be flexible and scalable to replicate changes in real-world technologies and capabilities. In addition, it needs to be appropriately supported by the vendor and source of the equipment. That requires vendor maintenance and regular upgrade packages to ensure capabilities are maintained throughout the product’s lifecycle.

In addition, the systems need to be dispersed. One of the general advantages of virtual training is the cost savings of not having to move forces around the world.

“We have to understand the systems that virtual training is intended to replicate will not be the same systems used by military forces 20 years from now. You have to ensure value across the product's lifecycle.”

However, you lose that benefit if you can only use the training system in one place, forcing you to send personal to a single location. Ideally, industry should aim for a package that allows you to take the system from facility to facility, or be mobile enough to be installed at a variety of different sites.

Defence IQ: How might you address the disparity of access to the internet in a global environment?

From an information-operation perspective, it is important to develop products with a clear, concise and conferrable narrative. You only have one opportunity to inject your message into the system after which it goes into the closed internet system and is distributed.

To address this, there is an opportunity to exploit fissures to obtain access. Outside looking in, you assume many of these regimes are homogenous in outlook, but as you look closer, this isn’t the case. For example, take in the recent Hong Kong anti-extradition bill protests, where there have been large-scale demonstrations against the extradition of Hong Kong convicted felons to mainland China. Another example is the 2017–19 Russian protests, which saw countrywide demonstrations against corruption in the Russian government. In these instances, you have a rare chance to leverage these fissures and inject your narrative.

Defence IQ: What is the most effective balance between a technology approach and a live methods approach for training?

Doug Livermore: It is vitally important that you find the right balance between live and virtual training. I would argue that more often than not, the balance should lean toward the technology centric approach because it establishes baseline capabilities and understanding of the broad concepts, such as fire and manoeuvre, or to assess the base vulnerabilities in a cyber system. You can do all of this in a virtual domain before you put your hands or a weapon or a live cyber system.

If you focus on the technology approach and ensure that you know what you want to do, you will get far more out of the live event.

Defence IQ: What will be the key watershed moment in the technology space?

The most popular technologies are tactical such as live fire, small arms range, tank gunnery and close air support. When you consider the demographics, many personnel in the military will have played video games throughout their lives, so the technology resonates with them and they can hone their skills in a very effective way. 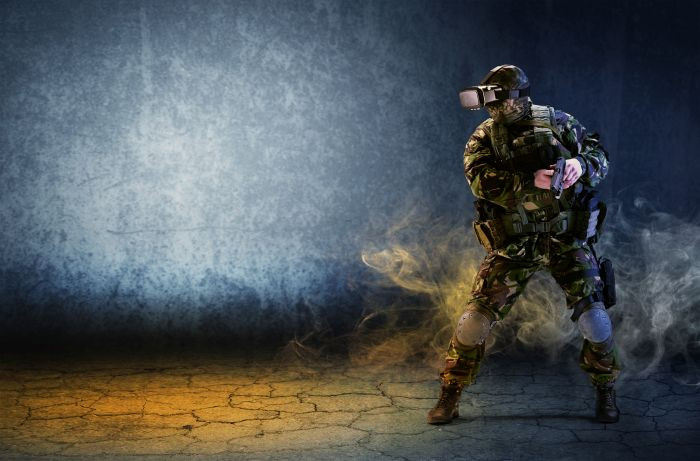 What will be the next watershed in training technology? (Source: Shutterstock)

The watershed moment will be when the soldier no longer recognises that they’re in a virtual environment. We’re still limited by technology such as with the cables and apparatus limit of where you can walk and perform. However, next generation VR technology will be cable-less and this will be a watershed, where a soldier can put on the equipment and feel as if they are unrestrained.

Defence IQ: What are the key gaps in training capability and how will doctrine commanders change priorities?

Doug Livermore: Because of the recent shift from counter terrorism to near-peer adversaries, there are many capability gaps regarding high-end kinetic skills such as infantry, battalion and brigade manoeuvres and armoured combined fire. In the US, we’re taking steps to fix these gaps, but we are moving from 19 years of counter-insurgency operations, which requires different skillsets.

Read: Virtual Reality For Defence Less About ‘Reality’ Than Results

That is why virtual training is exciting. We don’t always have the training grounds or the equipment available to address training gaps, so, in terms of future priorities, our energy and resources will be expended on revalidating high-end combined arms kinetic skills.

“The watershed moment will be when the soldier no longer recognises that they’re in a virtual environment.”

In addition, the conversation we have been having about competition below the threshold of violence needs an established cyber doctrine. We have been focused on cyber defence, but there needs to be a new doctrine developed and trained around cyber offence.

Finally, there is information operation. Among the US and its allies, we face significant challenges from a civil liberties perspective, but this is mitigated through a virtual environment since it is isolated away from civilian populations.