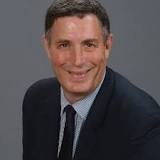 Before establishing OTH Intelligence Group in March 2018, Mr. Nurkin spent twelve years at Jane’s by HIS Markit where he served in a variety of roles, including managing Jane’s Defense, Risk, and Security Consulting practice. From 2013 until his departure, he served as the founding Executive Director of the Strategic Assessments and Futures Studies (SAFS) Center, which provided thought leadership and customized analysis on global competition in geopolitics, future military capabilities, and the global defence industry. He previously worked for Joint Management Services, the Strategic Assessment Center of SAIC, and the Modeling, Simulation, Wargaming, and Analysis team of Booz Allen Hamilton. From 2014 – 2018 he served consecutive two-year terms on the World Economic Forum’s Nuclear Security Global Agenda Council and its Future Council on International Security, which was established to diagnose and assess the security and defense implications of the Fourth Industrial Revolution.

Substantively, Mr. Nurkin’s research and analysis has a particularly strong focus on US-China competition, defense technology, the future of military capabilities, and the global defense industry and market issues. He also specializes in the design and delivery of alternative futures analysis exercises such as scenario planning, red teaming, and wargaming.

Tate is a frequent author and speaker on these overlapping research priorities. For example, he was the lead author of the US-China Economic and Security Review Commission’s report entitled China’s Advanced Weapons Systems, which was published in May 2018, and has provided testimony to the Commission on two occasions. In March 2019, he was featured on a Center for Strategic and International Studies China Power podcast on China’s unmanned systems.

Tate holds a master of science degree in international affairs from the Sam Nunn School of International Affairs at Georgia Tech and a bachelor of arts in history and political science from Duke University. He lives in Charlotte, NC.