Defence Innovation and Invention: A Vision is Always Required 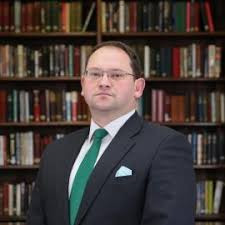 Military technology development needs to know where it is going – a vision is always required.

Militaries are prone to misunderstand the difference between invention and innovation, and thus how they contribute to them.  As a Strategy Consultant once put it, the suitcase was an invention, a new idea – the wheeled suitcase, the ride on suitcase and the rucksack were all innovations which developed the basic idea of a bag carried by a handle.

James Dyson invented the dual cyclone bagless vacuum cleaner and then spent the rest of his career innovating it.  He started with a vision of a different way of doing things based on the potential of technology and then worked hard and long to make the idea work.  If militaries misunderstand the two, they may fail to provide the vision against which technologists can deliver.

Force Design and the Need to Articulate a Technology Development Vision

Military force development is an increasingly technology based area. Force development staffs are work to harness new technical and practical ideas to innovate and improve the way we conduct military operations; they work to pick up new ideas from tech companies and apply them to the challenges of warfare.

Militaries must set out their understanding of their purpose, and core values and functions, so that technologists can understand when they are challenging these boundaries.

There are some incredibly capable people doing this and some genuinely impressive innovation being delivered. But to the frustration of senior leadership, we still fail to really harness the potential the new technology brings us because we are not properly able to explain the new things we want to do. To lift the line from the UK Minister for the Armed Forces at the recent RUSI STRATCOM conference, we know we want Alexa to fight the war. We just don’t know how to tell Alexa what better looks like.

Technology companies face a position where their military customers are themselves trying to understand what they want and what they need. The debate about hybrid war continues to rage – an increasingly loud voice is emerging which says that the idea may be a misstep which is distorting our clarity of thought. Regardless, militaries are, for the first time since around 1900, being asked to balance a single force against multiple problems which need very different answers.

Worse, the consequences of a war with a peer state are too stark to disregard, and this worst case is not so unlikely to allow long preparation times.  Yet it is likely that armies will be asked to continue to conduct other operations, delivering more marginal but frequently more meaningful gains in terms of national power and influence while also standing ready. Finally, the force structures needed for each problem are very different if we approach them in our current way.

The risk that this situation presents is that tech companies and armed forces inadvertently conspire to favour innovation over genuine invention.  What does that mean?  There are two potential consequences:

The military contribution to invention is not in the science, it is not in the technology or the engineering – it is in the ideas.  Militaries must explore the way they want to operate across domains and through environments and produce clear and coherent concepts to challenge the technologists.  These concepts need not be limited by available and credible technology now – they should be genuinely aspirational, pushing boundaries beyond what the technology can deliver now and into what it might achieve.

At the same time, militaries must set out their understanding of their purpose, and core values and functions, so that technologists can understand when they are challenging these boundaries.  This can of course be caveated and measured by likely availability – but its purpose is to be informed by the technical development not constrained by it.   Perhaps most importantly, both sides must be prepared for challenge.  The one certainty of a concept is that it will be wrong – but if it stimulates thought it has served its purpose.