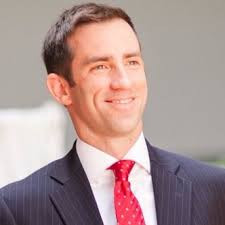 Innovation in the Military and Industry: A Question of Culture, Leadership and Oganisational Structure

While it is true that the end of national service and reductions in uniformed personnel diminished cross-fertilisation it is equally true that the post-9/11 operating and commercial environments have dramatically pushed the two sides back into each other’s arms. Similarities between businesses and military units are probably greater than we naturally assume: all institutions are deeply influenced by the communities they recruit from, of course.

That said, highlighting the differences make clear that the two leadership and cultural approaches are natural compliments to each other. The question then becomes how best to synthesise them.

Military leaders are by and large generalists. They may all have homes in one particular warring tribe (such as a corps or cap badge) but are quickly acclimatised to cross-discipline working, as the military sends self-contained units on operations and trains its leaders in cross-functional groups. A commonly accepted way of doing things (doctrine) cements this, while a regular tempo of job rotations ensures military leaders’ experiences are wide but not deep.

Officers alternate between leadership and staff roles, giving them an appreciation of the front line but also of strategy and planning in the headquarters (and there is a common understanding—albeit an oft-forgotten one—which of the two is more important). They also train to quickly assume higher command should their commander be killed—instilling in them a bit of an “owner’s mentality”.

Mission-Oriented Mind-Sets: Blessing and a Curse

The military is famously mission oriented. Whether their actions are tied to country, unit, battle buddy or an amorphous sense of the greater good, military personnel are wired to sacrifice self. While it is not true (as many civilians believe) that soldiers do whatever they are told, military leaders do default to a moral and legal authority that is profound and clear. This allows them to unlock a level of discretionary effort (and ultimately the “unlimited liability”) that is alien to industry.

But this has a downside to. A culture and a system that expects everyone to persevere in all conditions (“cracking on”) often creates a wilfully naïve belief that things will work out and a reluctance to question and—in extremis—refuse orders. It is extraordinarily difficult to stand apart.

The way in which the military is “bottom fed” is also problematic. Notwithstanding rigorous promotion systems the military is fundamentally a tenure-based organisation, with inflexibility and hubris seeping in relatively early on in careers. The military benefits from an agreed philosophy of decentralised leadership (mission command), but adherence to it varies dramatically.

It also takes a long time to develop new capabilities within the military, and even longer for expertise in emerging fields to rise through the hierarchy. This is exacerbated by organisational rigidity, making stock advice (“build a skunk works, hire in some Valley types and have them report to the CEO”) very hard to implement.

Industry benefits from a much more dynamic and diverse pool of talent. Although in practice a company can rarely find the perfect person in the right geography for the salary it would like to offer, it can do a pretty good job of assembling strong teams of diverse, top talent on call: if new expertise is needed, it is hired, and without the constraints of fitness tests, age, citizenship and the intrinsic risk of tissue rejection associated with joining the military, nor the time required to push people through boot camp.

This ability to get people is partly driven by much greater latitude in building attractive value propositions for prospective employees. This is a huge advantage as the “war for talent” continues to intensify.

Tenures within roles are generally much longer in industry, allowing greater expertise to be developed—although firms can struggle to transition these specialists into generalist managers. Companies also have more tools to remove and replace personnel that are no longer delivering or needed (this can be expensive, but these associated costs can often be bundled into a restructuring budget).

Of course, this factor cuts both ways: unlike in the military, employees can decamp to the competition easily, and higher turnover thus somewhat mitigates slower internal movement. This is not all bad: effectively having multiple independent laboratories enables greater innovation, and this is accelerated by employees moving between companies—another advantage that industry enjoys.

Formidable intellectual tools like total quality management, lean manufacturing, lean innovation, scrum, and strategic planning and analysis are some examples of innovative working processes adopted by industry, and well-led companies can use the power of portfolio to bring this organisational and intellectual dynamism in house.

Industry of course has its own weaknesses, and one of the biggest is that it is increasingly under existential threat. It is difficult to imagine the military ceasing as a going concern, but this is a risk increasingly faced by even the largest companies. The military has sufficient scale that it is able to have separate groups of people focusing on planning, training and operations, and units are generally either on operations or not.

Industry is now very, very lean, and it is largely the same people doing all of these things, at the same time, while dealing with markets they perceive as increasingly short-termist. This means that in all but the largest and best-run companies, the urgent regularly pushes out the important, nothing gets done very well, and insufficient planning and investment for the long term are made.

The synergy between these two approaches is clear: a highly committed, disciplined and consistent organisation on the one hand, and a flexible, innovative and diverse ecosystem on the other. While unifying the two in a hybrid organisation is impractical, putting representatives together as much as possible will be increasingly critical to national security.

In simple terms, the advice to such collaborators should be the same as the guidance we give our employees: spend time together in cross-functional and cross-organisational teams under strong leadership working on important things within the right intellectual framework.

Transformation in Defence: A Strategic Approach to Innovation
2020-01-07
By Andrew Staniforth