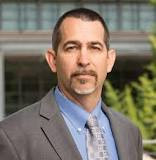 Augmented reality (AR) and virtual reality (VR) represent cross-dimensional components of advanced—aka 5th dimensional—battlespace. They can be viewed as core disruptive technologies that will have increasing defence implications related to both conventional and unconventional forms of warfighting, as well as the training of military forces, from the 2020s onward.

AR, VR and the Cross-Dimensional Battlespace

The inclusion of the 5th dimension in 21st century battlespace allows for new warfighting capabilities to be utilized, including the emergence of quantum stealthing (hyper stealth et al.) and energy projection (ADS et al.) that allow previous military limitations in space-time manipulation to be overcome.

Augmented reality can thus be considered a 5th dimensional intrusion into humanspace. It can be defined as “an interactive experience of a real-world environment where the objects that reside in the real world are enhanced by computer-generated perceptual information, sometimes across multiple sensory modalities.”

A dystopian shopping experience: AR and the 5th dimension (AVRSpot)

Virtual reality, on the other hand, can be considered the intrusion of 4 dimensional space into cyberspace. It can be defined as “a simulated experience that can be similar to or completely different from the real world” that uses technology “to generate realistic images, sounds and other sensations that simulate a user's physical presence in a virtual environment.”

It allows for human beings—via their avatars—to be projected within the cyber realm of existence and then interact within it. VR examples include William Gibson’s ‘consensual hallucination’ construct found in Neuromancer, Oculus Rift rigs, and the movie (and much earlier novel) Ready Player One.

The cross-dimensional intrusions represented by AR and VR are now beginning to create advanced and out of paradigm capabilities beyond the understanding and doctrinal perceptions of traditional military thinking.

The Actual/Potential Militarization of Augmented Reality and Virutal Reality

Interestingly, the initial mass application of augmented reality—incorporating AI, advanced biometric identification, and data storage and networking technologies—will be for internal population control related to the Social Credit System (SCS) currently being enacted by the Chinese Communist Party (CCP) throughout China. SCS would make Big Brother found in the novel 1984 blush with envy.

This initial fielding falls within the New Wars construct of Mary Kaldor in which “…new warfare also tends to avoid battle and to control territory through political control of the population…” Hence, an authoritarian regime and rising peer competitor to Western liberal democracy has already militarized AR—it has just done so in an unconventional and Unrestricted Warfare manner.

As expected, the Chinese regime is beginning to export the SCS globally to allied and like-minded regimes in its quest for establishing a parallel world order based on authoritarian values of governance.

The use of AR in conventional warfighting is also beginning to be implemented, with U.S. Army soldiers to be provided with special goggles in late 2021. These goggles are also said to have MR capabilities though what these are is unclear. They are bundled with target ID, tracking, and a weapon link integrated into them and is  a technology upgrade far beyond basic night vision goggles representative of an early and more primitive form of AR capability.

The defence implications of virtual reality, however, are not presently warfighting focused. Humans do not engage one another directly in VR as the cyber dimension within that reality is dominant as opposed to the warfigting impacts of AR with its physical dimension emphasis. Rather, VR impacts currently focus on the training and simulation of military forces. It offers a potentially massive market utilizing synthetic environments and is represented by systems addressing soldier marksmanship, tank crew, and more inclusive full-scale battlefield training.

The expectation is that, in the years to come, AR and VR—as well as blended MR environments—will increasingly become a larger share of the global defence industry.