Why adaptability is key for armoured vehicle design

Modularity provides operational adaptability and huge cost savings by ensuring that armoured vehicles are not constrained by their design specifications.

Why modularity is key for armoured vehicle design

Adaptability is a vehicle’s ability to respond to different combat scenarios. The ability for a single vehicle to perform a variety of missions, ranging from low to high intensity, is key in today's environment, and modularity is one of the core way of achieving this.

Modularity is fast becoming on the most valuable armoured vehicle design traits in today's environment, as it not only improves adaptability on the battlefield, but it can also promote cost savings by substantially reducing the logistical tail and diminishing the need to a field entirely different systems for new mission requirements.

Ease of and speed of production is another vital element to consider in the consideration of near-peer conflict where logistics and attrition become increasingly vital. A vehicle comprising a common chassis with several interchangeable common variants will be far easier to produce, repair, and maintain out on the battlefield, compared to an 80 tonne tank. Some modular vehicles, such as the Boxer, can change components under an hour, offering unrivalled flexibility.

Are we moving away from tanks and heavy armour?

In contrast to the Gulf where US M1A1 Abrams engaged T-72s and BMPs over an expansive flat terrain, contemporary conflicts show that heavily armoured vehicles struggle in dense urban environments. From Turkish Leopard 2A5 losses in Syria, T-80 losses in Grozny and Iraqi M1A1s against ISIS. Contemporary MBTs, like the Abrams, Leopard and Challenger, have the same mobility and deployability issue and nations are now looking for ways to shed weight. 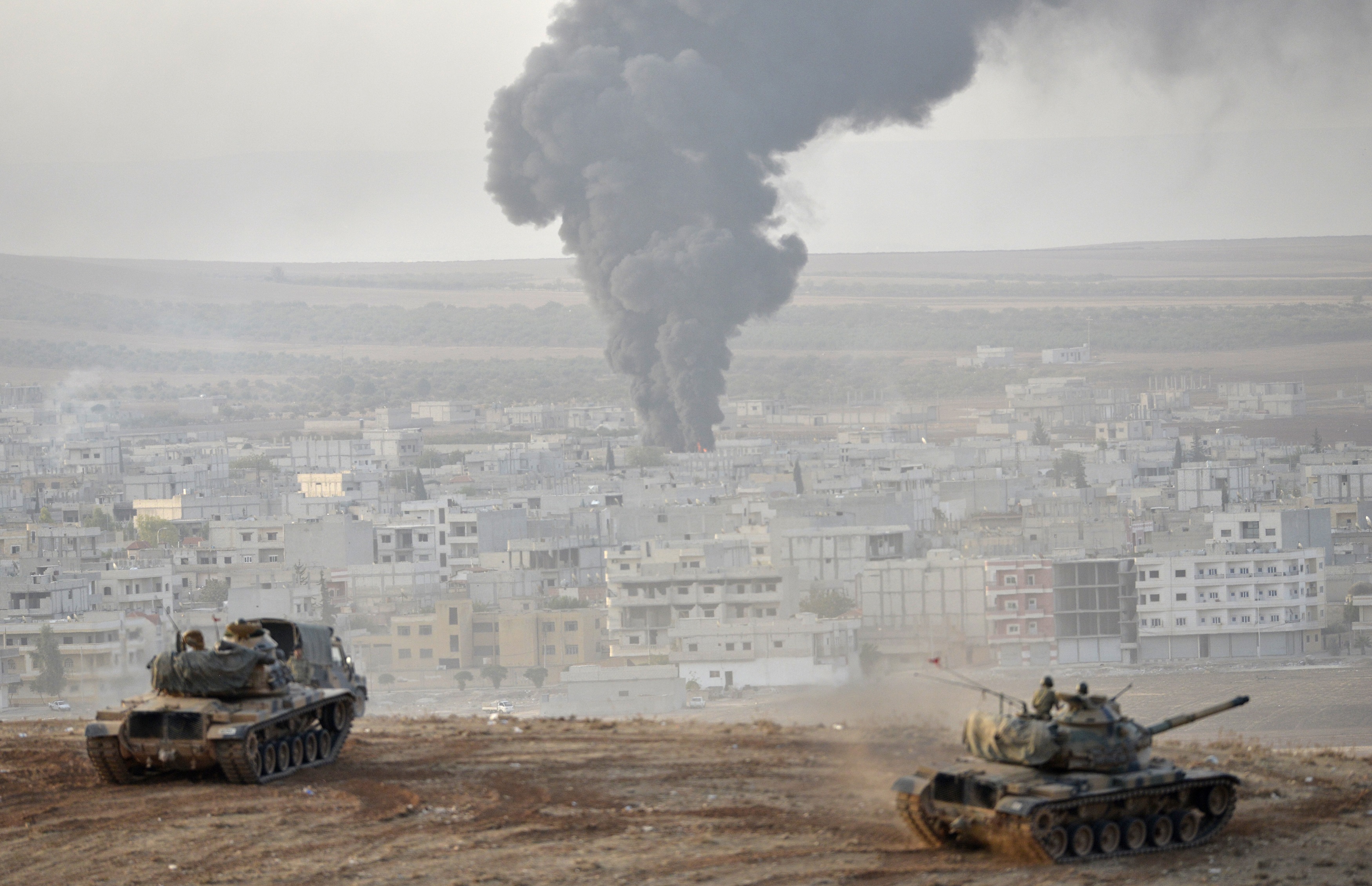 As a result, the traditional Iron Triangle has evolved to form a different emphasis. 8x8 armoured vehicles provide the advantages of modularity, cross-country manoeuvrability for open plains combat, while still being mobile and relatively quiet for urban combat compared to today’s main battle tanks. However, this doesn’t mean there isn’t a place for tanks in future warfare. Wheeled solutions can only support vehicles up to 40 tonnes as any heavier, armoured vehicles will need.

Ted Maciuba, Robotic Requirements at US Army Maneuver Center of Excellence says, “The biggest challenge for armoured vehicles is having more lethal, protected and situationally aware systems that remain mobile. There is technology that allows active blast protection - we need to incorporate these solutions into systems so we can have a 30-tonne vehicle that is protected from underbelly blasts in the same way that an 80-tonne vehicle is. There will be a formation restructure. We may be at the point where armoured vehicles are the dreadnoughts of the 21st century – we may have reached the limits of size and weight - and the direction we will head down demands smaller and lighter vehicles while still being significantly more effective.”

Is modularity the way towards effective formation restructure?

On the other end of the spectrum, many types of vehicle used in Iraq and Afghanistan are not suited for high-intensity, ground manoeuvre capability. MRAPs perform well on the road, but they have limited cross-country mobility, they aren't particularly spacious and they’re armed with a protected weapons station or a remote station with a 50mm calibre machine gun. 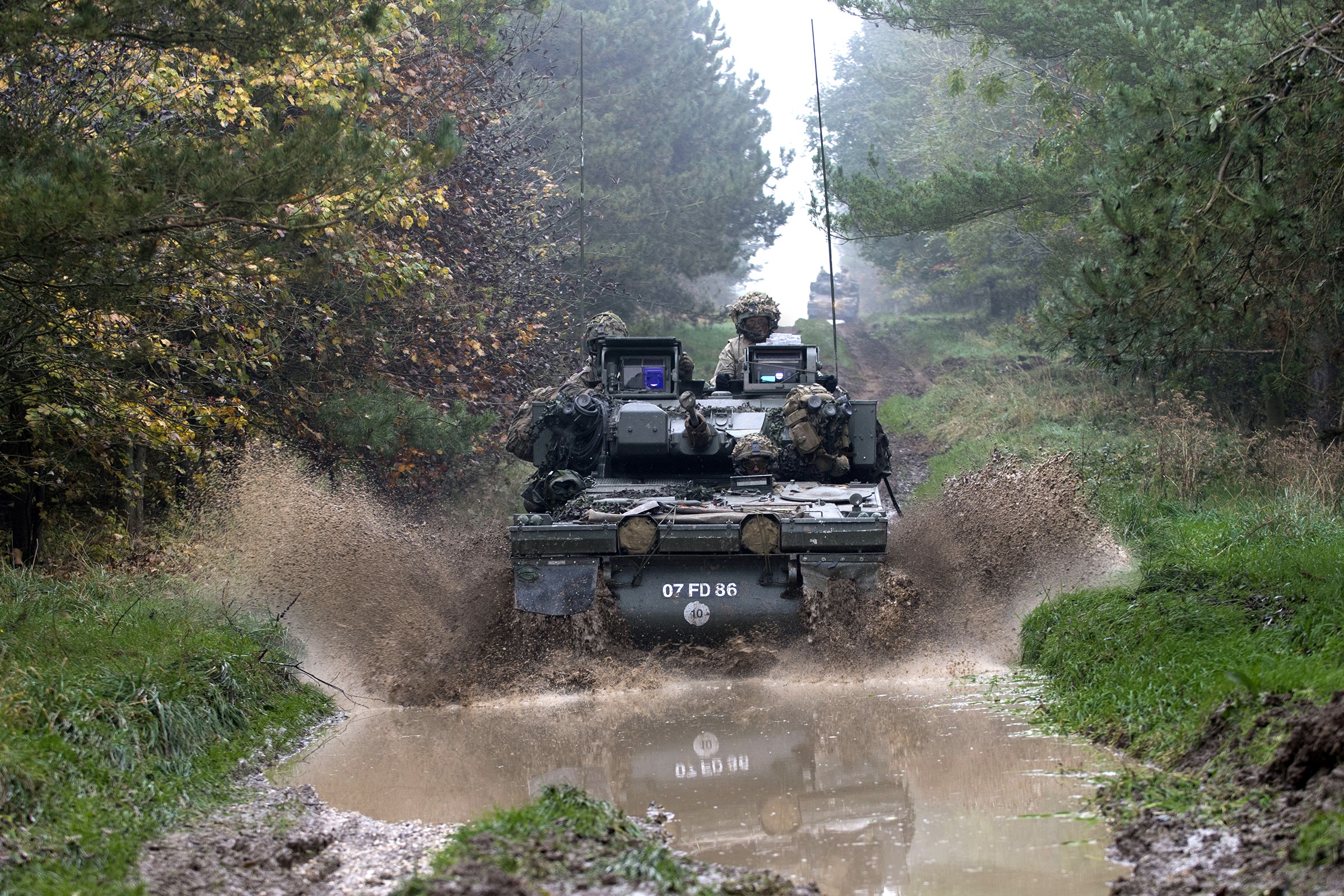 They lack mobility and firepower but they have a high level of protection against mines and RPGs but not other battlefield weapons that will be commonplace in near-peer conflict. MRAP's provide a good case study for the promotion of increased modularity, as they're one dimensional mission design means that they have a limited use outside of insurgency environments such as Iraq and Afghanistan and reduced cost effectiveness.

A chassis which can be easily modified not only enables vehicles to perform in high and low-intensity combat, but they will also have growth potential which will prolong the lifespan of a vehicle.

This can be achieved by having a base vehicle, as with Boxer, Foxhound, Lynx and other upcoming vehicle designs, and then changing the mission module. For example, the Boxer can change mission modules within one hour, significantly reducing the logistical tail that would be required when bringing alternative vehicles into the operational environment.

Boxer
The Boxer is heavy, over 35 tonnes, but it makes up for this with its innovative mission module feature, 16 which enables rapid transformation. One operation may require a command post module, but the user can switch to an IVF module under an hour, providing unmatched adaptability. In theory, a user might have more mission modules than vehicles, saving costs in the long run. While this wasn’t explored to its full potential in Afghanistan, the Boxer platform has a substantial level of flexibility that is unmatched. Here are its variations:

Ajax
Ajax will provide medium weight capabilities for the British Army. With an upper design limit of 42 tonnes, open electronic architecture and a modular armour system, adaptivity is at the core of the Boxer's vehicle design, ensuring it has the potential to carry out an array of different missions at relatively short notice. Modular survivability technologies will provide a huge boost to survivability, which is lacking in the UK's current arsenal of tracked reconnaissance vehicles. Variants include:

Lynx
Rheinmetall, has developed a new vehicle called Lynx, which is likely the first of a new generation. It is a modular vehicle that can be adapted rapidly to fit different requirements. As showed recently in Paris, they fit one version with composite rubber tracks developed by Soucy, which offer many advantages. They are much quieter, lighter, more fuel efficient and impart fewer vibrations. This module would be ideal for urban warfare.

Leopard 2
The Leopard 2 series chassis has been modified for a Leclerc turret. This is very forward thinking because the Leopard is over 30 years old and this is an optimal way of improving its lifespan.

Combat Vehicle 90
The CV90 for the Swedish Army originally had a two-person turret with a 40mm Bofors gun. Hägglund realised this didn’t align with the market so they developed a version with a 30mm gun; which was purchased by Norway. There is also a 35mm version and a variant with a chassis that can support a 120mm gun. In addition, Hägglund created a recovery vehicle variant, forward observation vehicle variant and a mortar variant, highlighting the adaptable nature of the CV90 platform. 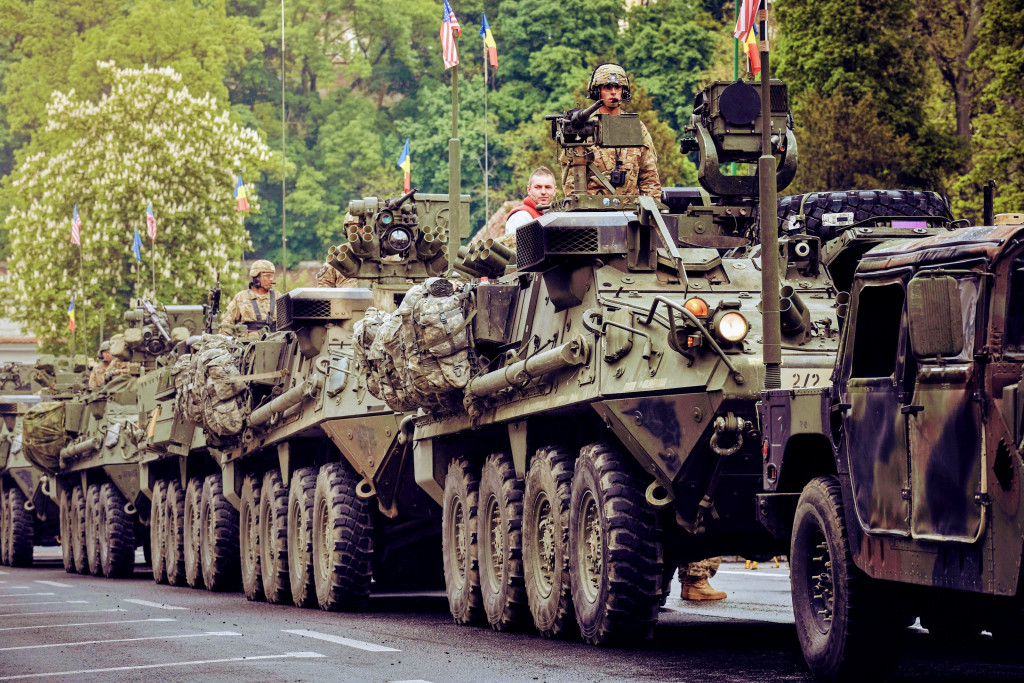 Robotics and autonomy: The disruptive force for armoured vehicles
2019-02-26
By Adam Muspratt 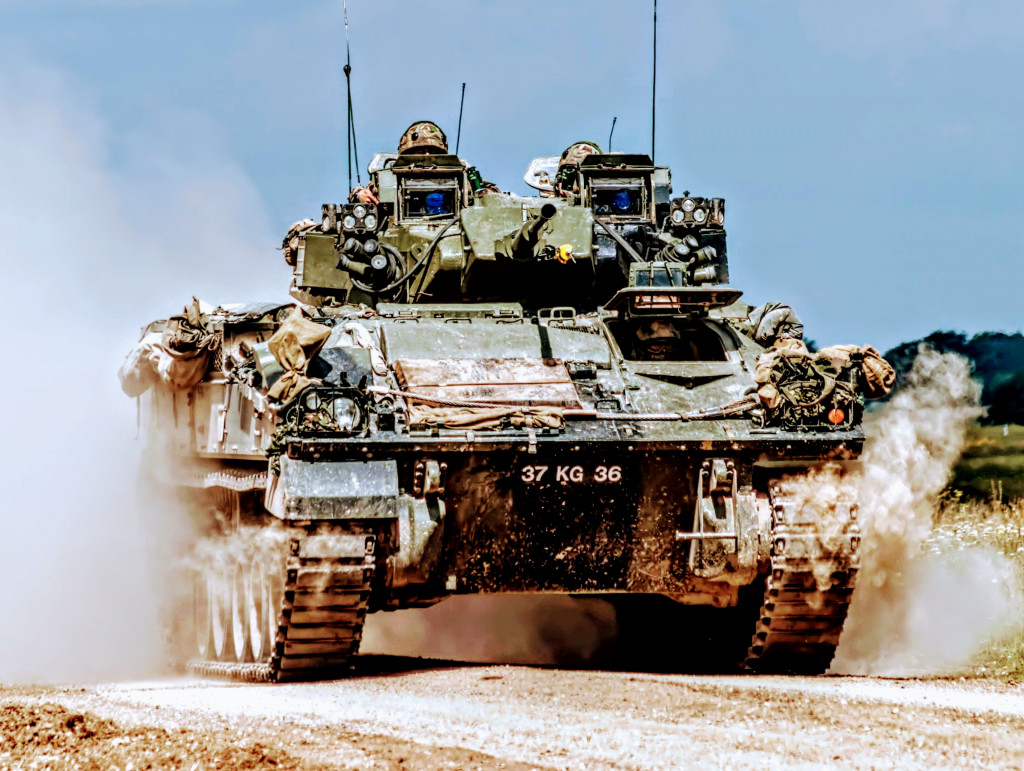 How is armoured vehicle survivability changing?
2019-02-11
By Adam Muspratt 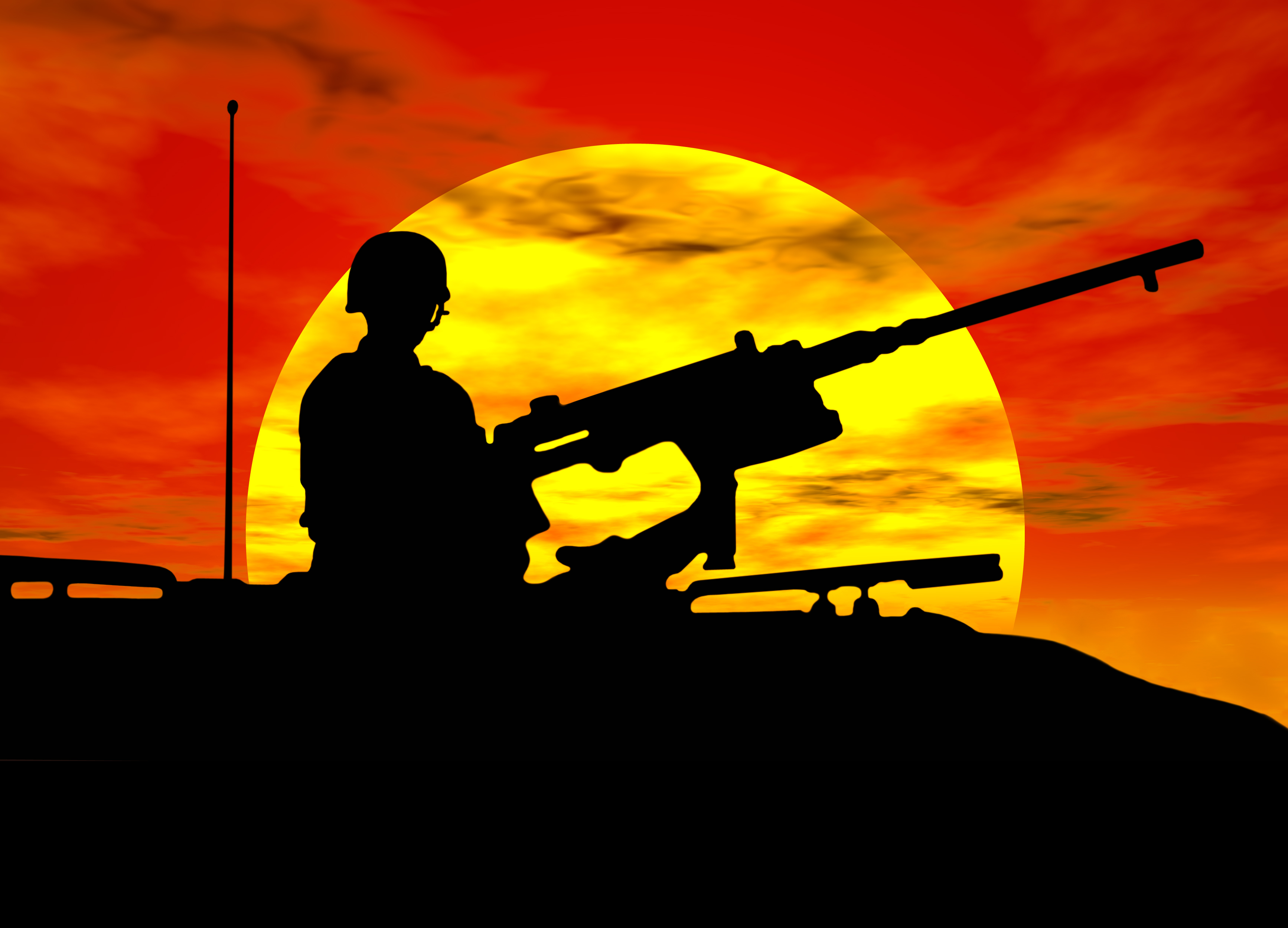