Will the Airbus H145M be Europe’s future light helicopter? Part 2

Mark R. Henning, programme director of Airbus Helicopter‘s sat down with DIB to discuss the H145Ms live-firing demonstrations in Hungary and procurement prospects 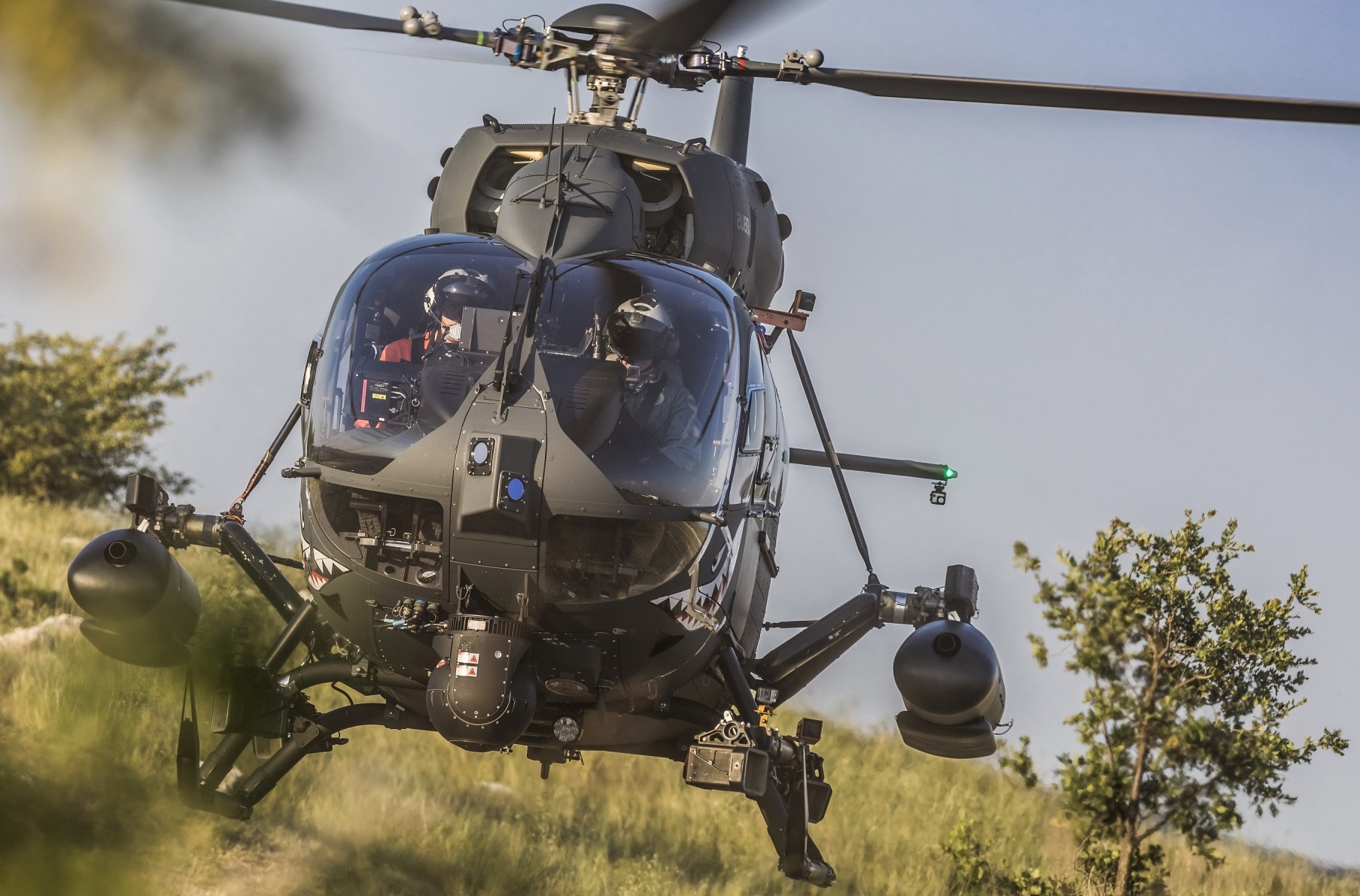 After a live-firing demonstration in Hungary, programme director of Airbus Helicopter‘s sat down with Defence IQ to discuss the H145Ms export potential.

This is part two of the interview. Click here for part one.

Defence IQ: Does the configuration you presented here at the live-firing demonstration need to be installed in all model variants?

Henning: No, not at all. Let’s say I have acquired 12 helicopters – but only four electro-optics (Elop) systems. Since I will not use all of them in the same role at the same time, I can pursue a strategy of intelligent role management throughout the fleet. 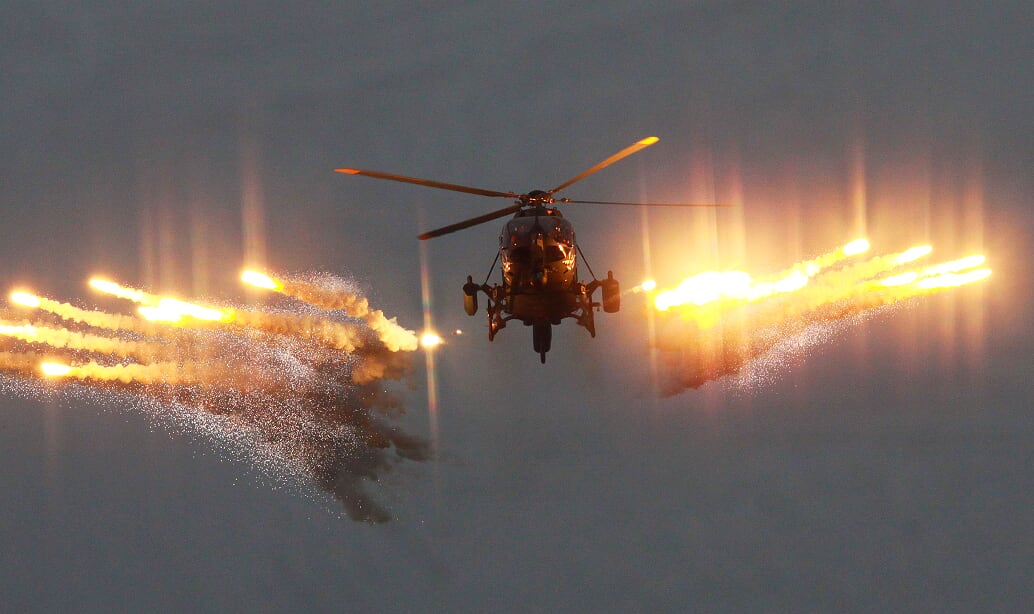 For example, our EC145 any can lift between eight and ten passengers/soldiers, depending on their equipment. So it has a genuine transport capability. Meanwhile, a smaller aircraft may only permit the transport of four or five soldiers. In addition, it can be outfitted weapons if necessary. The foundations and wiring are there for weapons to be installed and uninstalled depending on the situation.

Defence IQ: Can you elaborate a little deeper on the Hforce weapons with regards to targeting sensors, visors and the general structure?

Henning: The idea behind Hforce is that all the aircraft have built-in foundations to attach weapons, independent of how many sets of armament buyers acquire. You can purchase the helicopter on its own without weapons – that’s called ‘option-0’.

Defence IQ: So when an option-0-user later decides to arm half of the fleet, they will also need the armament interface unit and the weapons computer, correct?

Henning: The weapons computer is not included in option-0, only the airframe-related provisions. The dedicated calculator-unit is plugged in via four line-replaceable units (LRU) and is activated via the mission-switches on the control panel, once you decide to utilise one of the three armament-options. 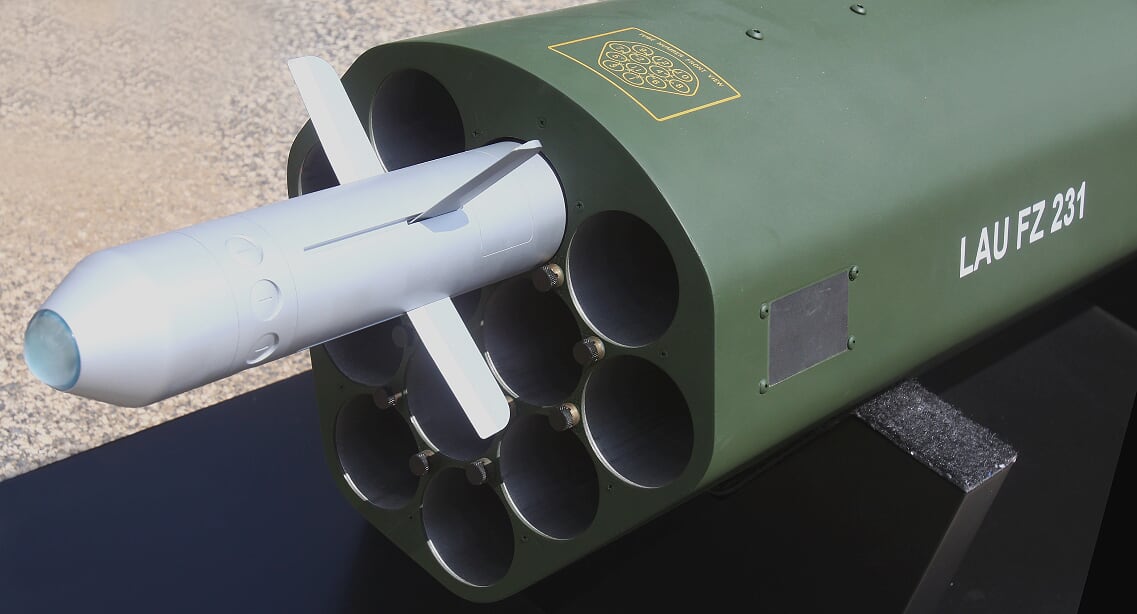 Defence IQ: How have buyers responded to these different packages?

Henning: Hungary – whose military leadership wants to improve rotary capabilities – has selected option-3 for their 20 H145Ms. Meanwhile, Serbia has chosen option-2 for their nine H145Ms. With respect to customer confidentiality, I will refrain from commenting on other buyers.

RELATED: Austria vs Airbus: October to seal a messy divorce?

Defence IQ: These countries are covering very large land masses with a small number of helicopters. Theoretically, Austria would have to operate a few rotary assets from various dispersed locations. How many sets of specialized tools or test gear per aircraft will the users need and what does this mean for a national support base?

Henning: With regards to your first point, that is an obsolete approach. For example, consider the German Automobile Association (ADAC) with their EC-135s and the German rescue-flying-service-watch (Rettungsflugwacht) with EC145s. All over Germany, they operate single platforms.

The daily technical service and checks are done by the paramedic, the second man there. There is no technician based on all sites. The authorities and the manufacturer regularly appear to verify if all pre-flight checks were completed and align with regulations.

"All the aircraft have built-in foundations to attach weapons, independent of how many sets of armament buyers acquire"

On the H145 there is a 400 and 800-hour annual inspection. Medical-services regularly reach the 800-hour bracket in peacetime. The 800-hour inspection is usually combined with annual control. And that’s it. That logistical footprint is negligible – compared to an AB-212 for example, while an undoubtedly great aircraft for the time, it was considerably personnel intensive.

RELATED: How to win and manage defence contracts

Defence IQ: Regarding the personnel required – if there is a new customer, what do you propose with respect to initial training, and for how many personnel?

Henning: What we usually include is a rating for flight-crews and ground-crews at our own training academy in Donauwörth. If you are a jet-pilot with a multi-engine licence, it requires just 10 hours acquiring your type-rating for the 145T2. And there is also a type-rating for instructor-pilots, with additional hours. A buyer can also request dedicated NVG-training or a course on other specialized equipment, such as the hoist, winch and EW-gear. We can offer this as part of the contract. In a basic package, we include training for at least two-pilots, two technicians and one avionic-specialist per helicopter.

RELATED: How to build a helicopter capability from scratch

Defence IQ: Per helicopter? This means, that for 20 aircraft – as is the case for Hungary – there are 40 pilots sent to Donauwörth, or 60 ground-crew

Henning: Potentially. During the bidding-processes, customers can tough negotiators. They buy 20 units but may want to include 90 pilots and 120 technicians to be trained and certified. The number of personnel will be negotiated as part of the contract.

Defence IQ: Along with Serbia and Hungary, the Czechs have also attended demonstrations. Not to mention Austrian interest. All of these nations are in close proximity. Are you intending to advertise the H145M as a “regional block” solution – perhaps on a broader logistical basis and with a regional MRO centre? You may even consider combined crew-trainings?

Henning: That would be logical. Just a few weeks ago, there were press releases of a renewed German-Hungarian armament partnership. And of course, one can build a similar axis between ourselves, Vienna, Budapest or Belgrade, with the latter now removed from any sanctions/limitation list.

Defence IQ: Finally, you are well aware of the legal avalanche initiated by the former Austrian Socialist defence minister, Doskozil, in early 2017 against Airbus, the selected supplier of the 15 Austrian Eurofighter Typhoons from 2003.

Doskozil – who now is in a provincial government – also has called out for a “ban” on all assets that wear the Airbus label. But – as you mentioned – the Austrian RFI for multi-role helicopters has been received under the administration of Minister Kunasek from the Freedom Party. Could this be the start of a new relationship between Airbus and Austria?

Henning: The unwanted hodgepodge with Eurofighter is a reality with this customer – and it may happen again as a result of their medial political landscape. Nevertheless, it is a fact that Airbus-Helicopters as an entity has nothing to do with the Eurofighter GmbH and its four national partners. 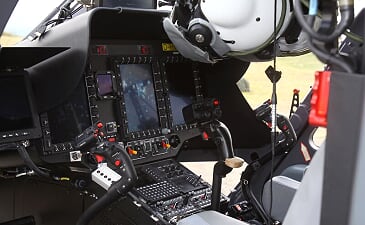 We have no combined international activities, business process or cross-employed individuals. Moreover, our company is a French body, with the head office in Marignane. Formally, we never experienced any “rejection” in Vienna, although we are aware that we – undeservedly – are in the spotlight. That said, our product will speak for us.

Defence IQ: Thank you for speaking with us. Good luck with your efforts!

Henning: Thank you, as well!