AERO Vodochody spoke to Defence IQ about the new aircraft’s capabilities, the current state of the market, and which nations are evaluating procurement… 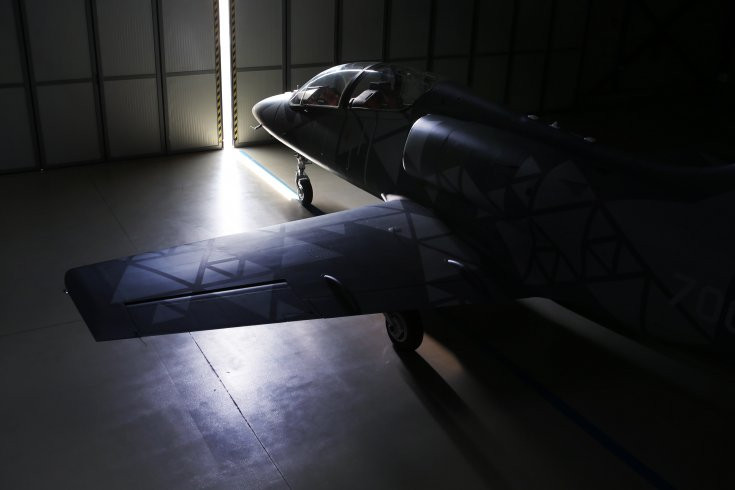 Defence iQ: Mr Venanzetti, back in 2014 we heard about the launch of the L-39NG at the Farnborough Air Show. Now it’s finally arrived – congratulations! How significant is this for AERO today? And how do you assess the aircraft’s market opportunities?

Giordo: Thank you, I know you’ve been closely following this project over the years. For us, it’s huge. The L-39NG represents the future and the rebirth of AERO Vodochody as a manufacturer – a factory that has been producing aircraft since 1919. This new L-39NG version is based on the aerodynamic concept of the previous L-39 but is manufactured according to modern aspects with the latest production technologies, materials and modern sub-systems.

The engine is from the United States but 40 Czech companies are involved. And in terms of market opportunities, we estimate that there will be a market for some 3,000 jet trainers and light-attack fighters in the coming decades. AERO could achieve a share of between 150 and 200 L-39NGs. 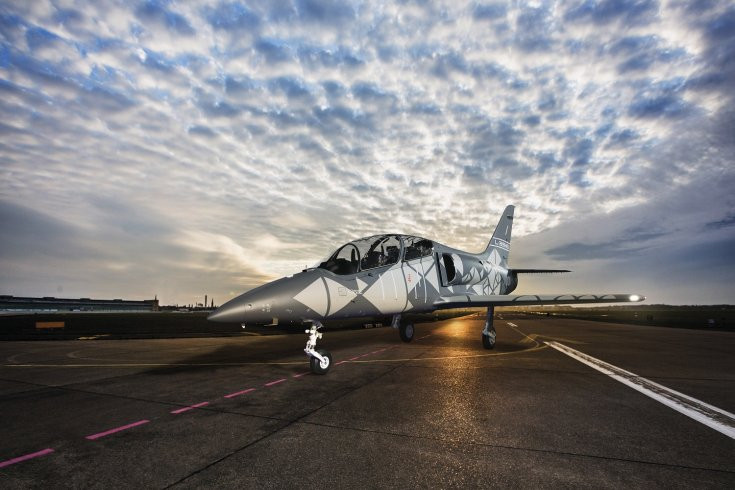 Defence iQ: At the ceremony, you said that the new plane was 95 percent ‘new’. Could it also bear ‘natural’ teething problems?

Enanzetti: Actually, we don’t expect our ‘baby’ has inherited risks. The basic aircraft layout and handling are well known, and I believe the markets also see it that way because we’ve already sold the L-39NG to Senegal and to companies in Portugal and the US. If even private companies are investing immediately, you can conclude that our jet is a trusted platform.

AERO has already built 11,000 jets, which is more than any other western manufacturer. But we are no longer an Eastern Bloc company – there is no Eastern Bloc anymore! We have long become a ‘normal’ Central European aircraft manufacturing company. The technology we have sold is mature and stable – and it will be the same with the new product.

Defence iQ: The first airframe with the number ‘7001’ was rolled out today. How’s the programme unfolding?

Venanzetti: In January 2018, we started the pilot production of NG. This will comprise a total of four aircraft. The first and fourth preseries aircraft presented today will be used for flight testing, while the second is for static and the third for fatigue-testing. The first flight of the L-39NG is scheduled to take place before the end of this year, perhaps coinciding with the 50th Anniversary of the Albatross in December.

Defence iQ: In other words, after completing the flight tests, you’ll be able to start delivering the new aircraft from the beginning of 2020? Surely this will also require personnel training, which must begin in parallel, or even ahead of time?

Giordo: Yes. We are planning series production and deliveries from the second quarter of 2020 onwards. And we have the CLV training and simulation centre in Pardubice – which has been outsourced to LOM Praha since 2004 – where we can begin training packages for our customers at any time.

Defence iQ: AERO has been a private company since 2007, with majority owned by the PENTA Group. But countries interested in your product could seek government to government contracts. Is there currently enough support in the Czech government?

Giordo: As Prime Minister Babiš made an announcement that the Czech government is fully behind us in all markets. That was reaffirmed again from the very top.

Defence iQ: Your southern neighbour Austria will have to replace its 50-year-old Saab-105Ö from 2020, but is as yet undecided on the Eurofighter Tranche-1 future and doesn’t really know which aircraft to move ahead with. It was reported that your company made an offer for the NG. Is that true?

For more on the L-39NG check out this video

Giordo: Yes, but despite that, no binding offers have so far been made. We made an attractive proposal for up to 18 aircraft. These are basic training versions, such as those equipped for Austrian air policing. Our aircraft can be used perfectly from jet training to light combat missions or as an element for sovereign airspace control.

Defence iQ: And is it true that the new type costs around 12 million Euros each?

Giordo: Concerning the proposal for Austria, we can’t go into such details just yet. But as you know well, there’s more to it than just the unit price. The amount you mentioned is pretty sharp. There would be different customer specifications that impact the cost, such as an electro / optical system or self-protection sensors, jamming- or reconnaissance-pods, and so on. So much is possible, but to name a price exactly, we need precise criteria – not to mention a signature. And don’t imagine Austria is our only possible customer… 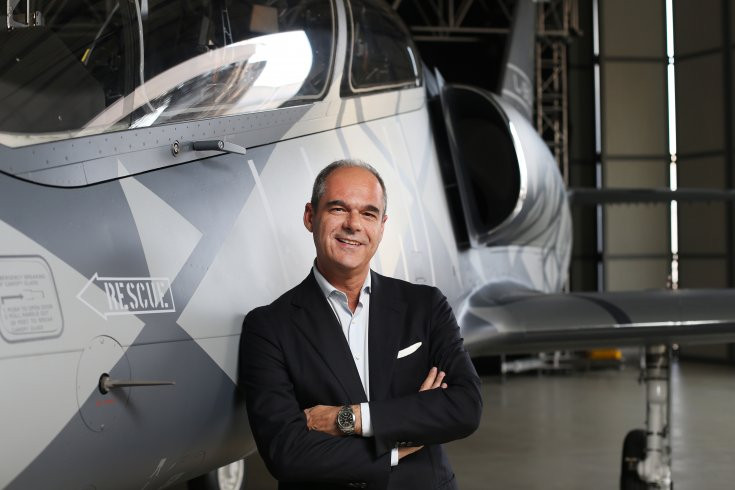 Giordo: No, because those are not ‘possible’ customers anymore. Beyond them, we have already seen a great deal of interest from over 20 countries that still fly L-39s worldwide.

“We have already seen a great deal of interest from over 20 countries that still fly L-39s worldwide.”

Defence iQ: How fast can the process generally take, from contract to first delivery? Venanzetti: If there were to be at the end of 2018, I would expect a finished contract to be signed by June 2019 and deliveries – depending on the negotiated equipment – to be made from 2021 onwards or at least within 2022.  We can produce about 20 per year, so for one NG, we estimate around 14 to 16 months of construction time.

Venanzetti: If there were to be at the end of 2018, I would expect a finished contract to be signed by June 2019 and deliveries – depending on the negotiated equipment – to be made from 2021 onwards or at least within 2022. We can produce about 20 per year, so for one NG we estimate around 14 to 16 months of construction time.

Defence iQ: That means your launch customer Senegal can count receiving on its four aircraft from 2020 on?

Giordo: Yes, the contract was signed earlier in 2018, so the first two will be delivered in 2020 and the second pair in 2021. Dakar initially considered purchasing the Embraer EMB 314 / AT-29 Super Tucano turboprop light aircraft, which is already in use in several other African countries.

RECOMMENDED: Is there a future for the SU-57?

But ultimately they opted for the new version of the successful L-39, their first jet since the Fouga Magister, inducted many years ago. We are pleased with the prospects of the L-39NG as a light attack aircraft, especially in regions such as Africa, South America and Asia. Although, as I said, the basic aircraft is not uncommon today, it still gives us great confidence to see countries ordering a new jet that has not yet flown, even if the L-39CW has shouldered a great deal of the development work.

Venanzetti: Right – but not “was”! 2626 will continue to play a supporting role in the upcoming flight test programme. It’s a basic L-39 cell, with the US engine but with new wings, new cockpit and avionics components. Today, 80 percent of the flying is about the on-board systems and the training simulation. As we say, our plane covers everything from ‘zero to hero’. This approach was tested in the CW and its intermediate state is also offered as an upgrade. A customer in the US has already ordered six of those machines.

Defence iQ: But for countries like Senegal, the decision will largely have been a cost consideration, especially when it comes to operating costs.

Venanzetti: Most probably, yes. With a payload of 1,650 kg, the NG can carry weapon loads comparable to turboprops and is better than many jets in that category for light attacks. For other customers – like some of those in Europe – this is obviously less important. But in any case, the operating costs of the L-39NG correspond to those of turboprops, which is cheaper than any other light fighter jets. And as far as Senegal is concerned, I would like to add that Elbit’s fully digitized Targo II helmet mounted system will be integrated into the Senegalese aircraft.

Defence iQ: What about various armament options? The L-39 offered a ‘ZA’ version with twin cannon, then the L-59 and then the L-159 ALCA…

Venanzetti: ALCA was a line of its own, but wait and see what we have in mind with the F/A-259. As far as the L-39NG is concerned, we refer to it as a training and light ground-attack aircraft. There are three hardpoints to employ a 12.7 mm FN Herstal HMG, unguided Mk. 81/82 bombs or 70 mm LA5002 rockets. Containers for EW or other sensors can also be integrated, should the customer want them. Even IR-guided air-to-air missiles, such as the AIM-9L, would be possible out on the wingtips where there were previously fuel tanks. 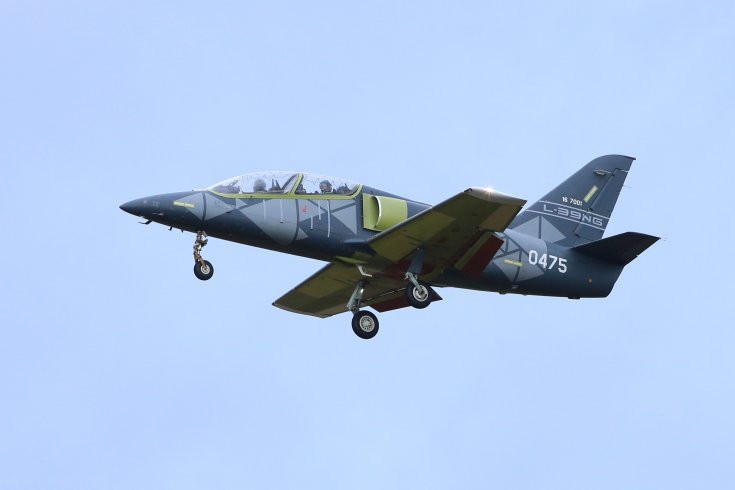 Venanzetti: We have considered the development of a single-seater version, should anyone want that. That would allow you to take on another 200 kg of fuel, which would increase the flight time to 4.5 hours. Without a second Martin Baker Mk16CZ ejection seat or a second oxygenised cockpit, you already have a good amount of weight to spare. You could equip it with radar, for example. But, that is currently only theory, not something that has yet been seriously analysed. I think we’ve got enough to do for now!