Part II: How a joined-up approach can tackle the global drug and organised crime problem 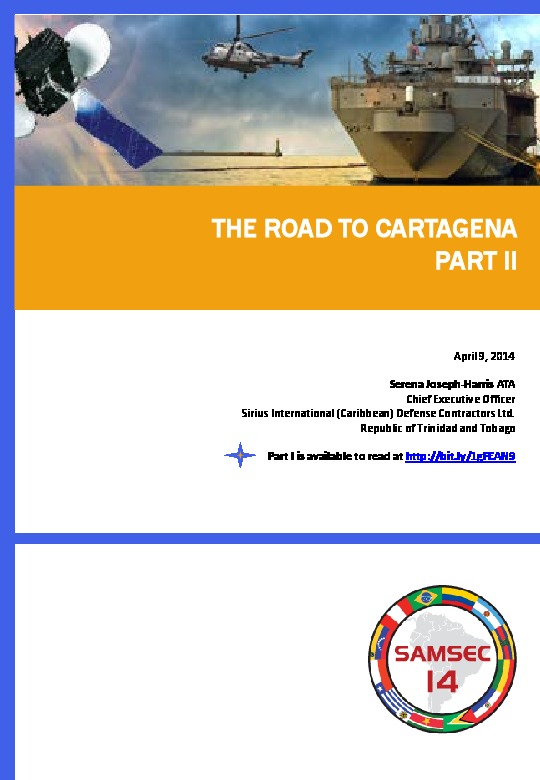 Trans-regional initiatives require coherence and complementarity in terms of their framework and design if they are to prove themselves effective and attain their set targets. Part II of this series examines the confluence of ideas in relation to the proposed integrated air and maritime surveillance capability in the Caribbean Basin as envisaged under U.S. defense in depth principles, and its parallelisms within the Cocaine Route Program SEACOP and AIRCOP projects. The epigraph, an extract from Norman Girvan’s "New Caribbean Thought" accurately presaged the nature of the challenges that would ultimately confront twenty-first century decision-makers who would be caught off in grappling to redefine the Caribbean in terms of external influences and internal currents.

What constitutes the Caribbean is often an issue of context and perspective influenced by geoploitics, geoeconomics, even and more so, political organization. For the purposes served by this Paper the Caribbean should be taken to refer to the insular Caribbean comprising the larger islands states of Cuba, the Dominican Republic and Haiti which make up 75 % of the sub-region’s population; the smaller island states which is a group of nine mini-states that are home to less than 7% of the sub-region’s population and made up of Antigua and Barbuda, the Bahamas, Dominica, Grenada, St. Kitts and Nevis, St. Lucia, St. Vincent and the Grenadines, Trinidad and Tobago; and the mainland states of Belize, Guyana and Suriname which make up 55 % of the total land area, but a mere 4 % of the total population. Additionally, there are twelve (12) dependent territories, which contain roughly 14 % of the sub-region’s population and boast of relatively high per capita incomes when compared with the rest of the region. Puerto Rico dominates this subgroup, which includes U.S, British, Dutch and French dependencies.