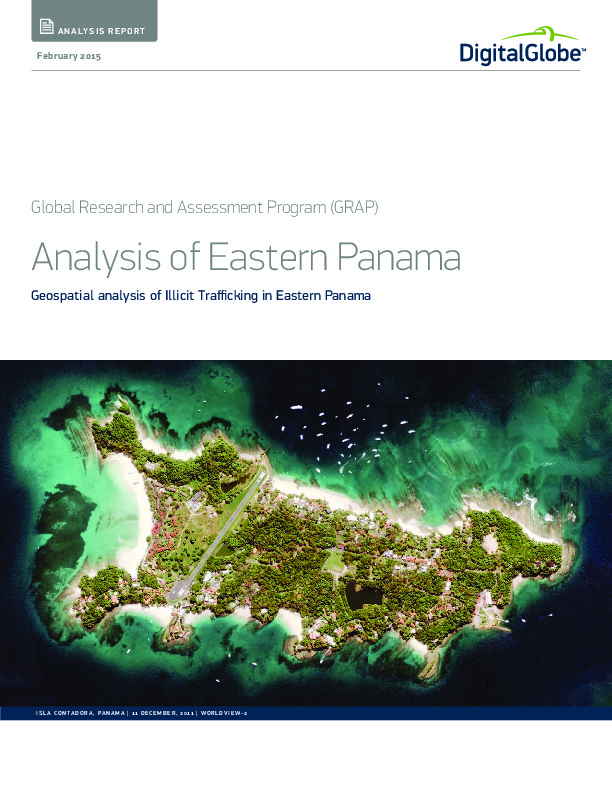 Over the years, Panama has become a major transit country for narcotics trafficking operations. Its geographical location has contributed greatly in this process, particularly in the provinces of Guna Yala and Darien. The presence of ethnic minorities, impoverished population groups, and an inability for security elements to adequately address criminal activity has facilitated the rise of Drug Trafficking Organization’s (DTO) operations in these areas.

Central America was historically a refueling stop for vessels moving illicit material, more specifically cocaine, towards Mexico and onward. In 2006, Mexico implemented a new security strategy to combat trafficking and as a result it became more difficult to move materials directly to Mexico. As a result of the increase in security, Central America has developed into an important region for illicit trafficking. Panama is a major transit point for narcotics trafficked in from Colombia and other countries.

This is often the case in the southern provinces of Darien and Guna Yala. These regions are vulnerable to criminal influence given their geographic location along Colombia’s Revolutionary Armed Forces of Colombia (FARC) infested border region, an extremely impoverished population, and the presence of minimal security infrastructure. This area of Panama has become critical to Drug Trafficking Organizations (DTO). Much of Darien has dense forests and is unpopulated, allowing FARC and other DTOs to operate with little interruption. Guna Yala has a number of small islands, many uninhabited, that are used by drug traffickers.

Questions answered in this whitepaper: