Middle East OPVs: An update on trends and requirements

Part I: Overview of future programmes and requirements in the region

The Middle East is one of the most active regions for investment in military equipment and capabilities. The acquisition of offshore patrol vessels and corvettes tends to dominate naval requirements in the Middle East and North Africa, which is the result of increased maritime threats from piracy, illegal mining, search and rescue, human trafficking, offshore resources protection and exclusive economic zone (EEZ) patrol.

Saudi Arabia in particular is seeking to bolster its naval forces with a complete overhaul of its Eastern Fleet. The modernisation efforts - known as the Saudi Naval Expansion Programme II (SNEP 2) and reportedly worth around $16 billion – will see the Kingdom significantly upgrade its current fleet with new patrol vessels, maritime patrol aircraft, and UAVs. Bahrain is also seeking to boost its naval presence with modernising and acquiring new corvettes while Turkey, Egypt, Kazakhstan, Oman, Kuwait, and Qatar are all actively investing in their offshore patrol capabilities.

Globally, OPVs are the fastest growing segment of the naval vessels market. The total number of OPVs in operation worldwide has increased from 776 to 839 in the last year, a growth rate of 8%. Around 87 countries now operate OPVs or have them on order.

OPVs can be broadly classified into two types; 1) High-end war-fighting vessels with expensive weapon systems and C4I suites; and 2) More basic patrol vessels, designed for sustained low intensity missions and equipped with basic gun armaments, standard navigation sensors and built to commercial standards. Which of these types a country chooses, depends on its particular naval requirements resulting from its geographic location, political aspirations and intended role of its naval force. However, the majority of OPV programmes are of the cheaper multi-role variety. These are being used in an increasing number of roles, including fishery protection, pollution control, fire-fighting, salvage or search and rescue, counter-narcotics, humanitarian operations and EEZ patrol.

Egypt's Parliament cleared a $3.76 billion loan from France in March for the acquisition of naval vessels and fighter jets. The country ordered 4 Gowind corvettes from France’s DCNS in 2014, with 3 of those expected to be built in Egypt’s Alexandria Shipyards as part of a technology transfer deal.

Kuwait ordered 8 landing craft and high-speed protection vessels from Abu Dhabi Shipbuilding (ADSB) in January for AED 260 million ($70.8 million). The vessels will be in various sizes with multi-mission capabilities.

Oman, this year Austal has delivered the first of 2 high-speed support vessels (HSSVs) to the Royal Navy of Oman (RNO). The delivery of RNOV Al Mubshir is part of a $124.9m contract to design, build and provide logistics support for two HSSVs. Delivery is expected mid-2016. Oman is awaiting the final of 4 Al-Ofouq-class patrol vessels, built by Singapore-based shipbuilder ST Marine as part of a $614 million contract signed in 2012. The vessels are based on ST Marine's Fearless 75 design.

Qatar ordered the Kelvin Hughes SharpEye radar system for its new fleet of 17 coastal patrol boats. ARES Shipyard in Turkey is building the Hercules class boats through 2018. The deal was for 10 ARES 110 Hercules multi-role patrol craft, 5 ARES 75 Hercules multi-role patrol craft and 2 ARES 150 Hercules multi-role patrol craft. In March 2014 the Qatar Emiri Naval Forces (QENF) signed a memorandum of understanding with Nakilat-Damen Shipyards Qatar (NDSQ), which is a joint venture between Damen and Nakilat of Qatar, on a $823 million deal for 6 patrol boats. In March 2016 the deal took another step forward as the two parties signed another MoU for an additional new diving support ship. No other details about the deal are currently known. At Dimdex in March, Qatar agreed a deal with Turkish company Yonca Onuc (J.V.) for the purchase of fast interceptor vessels for $46.6 million and a $18.7 million deal with European company Zodiac for the purchase of armed fast attack vessels.

Saudi Arabia has a large scale modernisation and replacement programme planned for its Eastern Fleet worth up to $16 billion. The Saudi Naval Expansion Programme II (SNEP 2) will include investment for patrol vessels, MPAs, and corvettes. The country reportedly requires 20-24 fast patrol vessels up to 45m long. As part of the SNEP 2 programme, Saudi Arabia was reportedly offered 4 US-built Freedom Class Littoral Combat Ships based on the Lockheed Martin design but negotiations are still on-going. The country rejected an initial U.S. Navy deal. The ships would fulfil Saudi Arabia’s requirement for 4 large surface ships, known as MultiMission Surface Combatant (MMSC). As part of SNEP 2, six corvette-sized ships are also reportedly required France has reportedly received a commitment for the purchase of 30 patrol boats. Moreover, German shipyard Lürssen has been contracted to build 15 patrol vessels (TNC 35 and FPB 38) in a $1.7 billion deal.

For Turkey, up to eight new patrol craft are required for the coast guard. 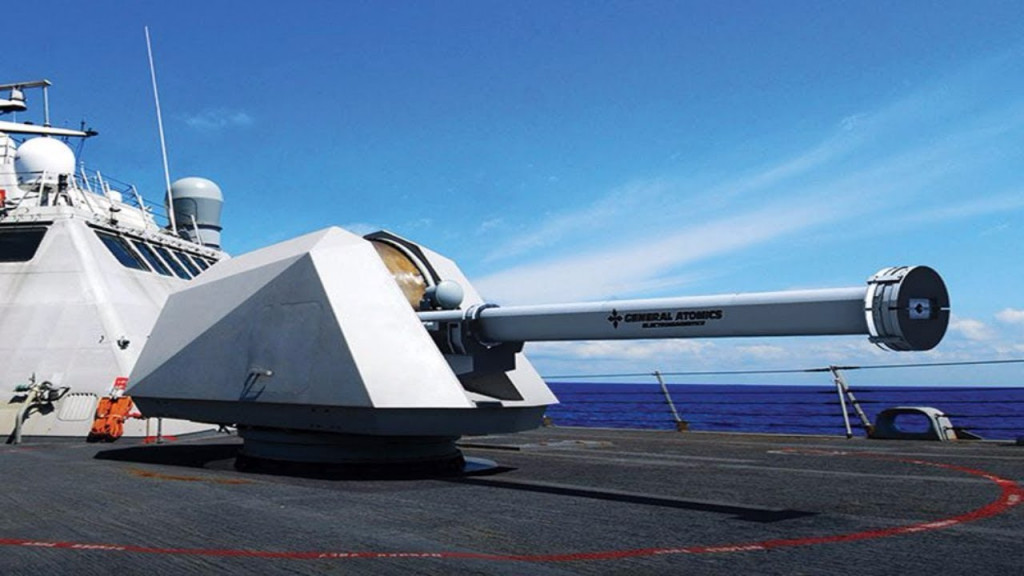