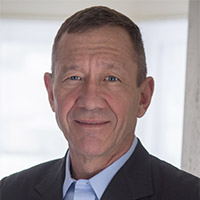 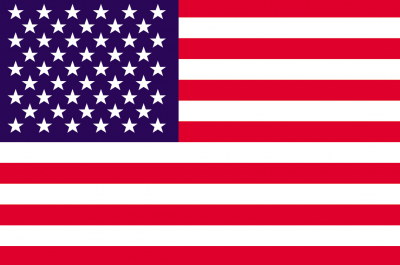 After graduating from Allegheny College he was commissioned in 1980, received his wings in 1982, and was selected to fly the AV-8A Harrier. He served in VMA-231 deployed aboard the USS Inchon and served as an instructor in VMAT-203, as Weapons and Tactics Instructor and Operations Officer in VMA-223, as a Royal Air Force (RAF) exchange pilot with 3(F) squadron in Germany, and as a MAWTS-1 instructor (the Marine Corps Aviations Weapons and Tactics Instructor Schoolhouse). From 1998 to 2000, he commanded VMA-223 – a AV-8B II+ squadron. He served as Commanding Officer of MAWTS-1 from 2004 to 2006. From 2006 to 2008, he served as the Deputy Commander — Network Warfare at Fort Meade, Maryland. He commanded the 2nd Marine Aircraft Wing from 2010 to 2012. From 2012 to 2014, he served as the Deputy Commander, United States Cyber Command.His last active duty billet was to serve as the Deputy Commandant for Aviation, Headquarters Marine Corps from 2014 to 2017. He retired in 2017 from the Marine Corps after 37 years active duty service.

His staff billets include speechwriter and strategic analyst for General Krulak the 31st Commandant, the Junior Military Assistant to the Deputy Secretary of Defense, Assistant Air Operations Officer of the 3rd Marine Aircraft Wing in OIF, and served as the Deputy Assistant Commandant for Aviation from 2008 to 2010.

He built and led the first Marine Corps Red Team in Al Anbar province in Iraq in 2004.

He built and led the first ever Cyber Joint Interagency Task Force in 2006 at Fort Meade.

In the course of his military career he has flown over 4,300 mishap free hours in primarily the AV-8, but also in the F-5, FA-18, and every type model series tilt-rotor, rotary winged and air-refueler in the USMC inventory plus over 900 hours in general and experimental aviation aircraft.

He currently serves on the Rolls Royce North America GSC Board of Directors, on the advisory board of several defense start-ups (including adversary services and advanced design tilt-rotor). He is a Trustee of Allegheny College, an advisory board member for the Marine Corps Scholarship Foundation, the Old Crows Electronic Warfare Association, and is a member of the Bonner County Hospital Board.

LtGen Davis has been happily married to Carol (a 1st grade teacher) since 1981. They have two sons that are Marine officers and aviators (F-35 and FA-18), two daughter-in-law, and two grand-daughters. His hobbies include family, serving, reading, flying, fishing and skiing.

Check out the incredible speaker line-up to see who will be joining Lieutenant General Jon ‘Dog’.