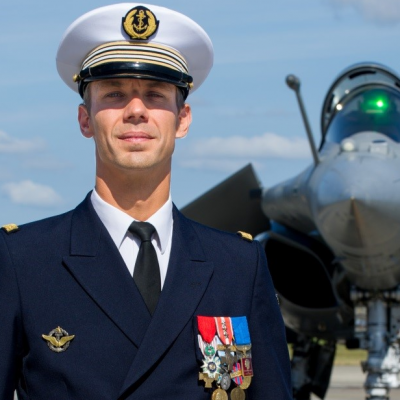 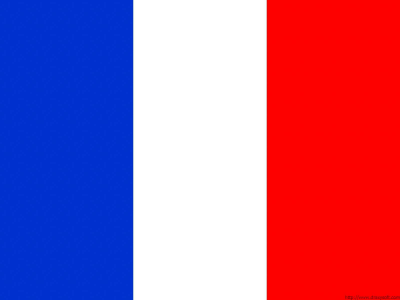 Joining the French Naval Academy in 1996 and qualifying as a fighter pilot in 2002, CDR Christophe Charpentier has amassed a wealth of experience in naval aviation as both an operational and test pilot.

Starting his flying career on the modernised Super Etendard he climbed the ranks of the 17th squadron, qualifying as Flight Commander in 2007. He has taken part in numerous operational deployments on the French Aircraft Carrier, Charles de Gaulle, as well as conducting operations in Afghanistan, most notably in 2008 as Deputy Commander of Operations of his Squadron.

Following selection and subsequent qualification as an experimental flight test pilot in 2008, he assumed the role of Detachment Commander for CEPA, organisation responsible for conducting trials of the French Navy airframes. This role included extensive trials of the modernised Super Etendard as well as the Rafale. In July 2011, he provided expertise to the Air Operations Centre of Poggio Renatico in support of Operation Unified Protector in Libya.

In 2012 he returned to Landivisiau, the Naval Air Station hosting the fighters of the Carrier Air Wing, and assumed the role of Executive Officer for 12th Rafale Squadron and subsequently the 11th Rafale Squadron.

In July 2014 he took Command of the 11th Rafale Squadron, which deployed as part of the French Carrier Strike Group during two operational deployments, Arromanches 1 and 2. The squadron provided extensive support during combat missions over Iraq and Syria as part of Operation Inherent Resolve.

In 2016 he joined the US Naval War College in Newport, RI. Graduating from the War College as a “senior” in June 2017 he then took over as the Deputy Head of the Office for Aviation Risk at the Naval Aviation HQ.

In July 2018, CDR Christophe Charpentier was selected to become Commander of the French carrier Air Wing. Since 2018, he has overseen the regeneration of the Air group on board the French Aircraft Carrier, which underwent a major mid-life refit. The culmination of this effort was the first French CSG deployment in over two years, Mission CLEMENCEAU, a busy and rewarding operational period with the Task Group navigating as far east as the China Sea.

In total he has flown so far 2900 hours, 40 combat missions, conducted 490 carrier deck landings. He is a Knight of the legion d’honneur and has been awarded 3 Military Crosses for Valour.

Check out the incredible speaker line-up to see who will be joining Commander Christophe.