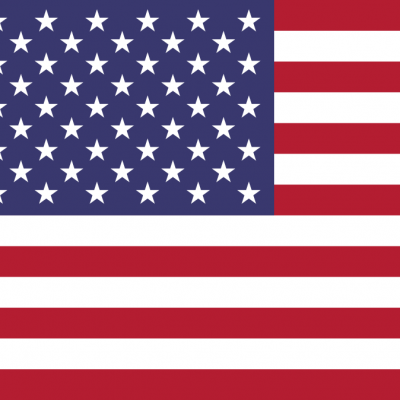 COL David T Hills was born in Denver, Colorado and grew up in Manville New Jersey.  After graduation from high school, he enlisted in the Army as a 96R Ground Surveillance Radar Operator with the 77th Infantry Division, 242 Military Intelligence Battalion based in Staten Island New York from 1990-1992.  In 1992, COL Hills graduated from the US Military Academy Preparatory School and entered West Point.

In 2000, COL Hills attended the Field Artillery Captains Career Course and reported to the 172nd Separate Infantry Brigade, Fort Wainwright Alaska.  In the 172 SIB, he served as the Brigade LNO to USARAK and USARPAC and as the Battalion Assistant S3 for 2nd Battalion 1st Infantry Regiment.  From 2001-2003, he served as the Company Commander for HHC, 2nd Battalion First Infantry Regiment (Arctic Light), then Stryker.

Following his tenure in Alaska, LTC Hills served as the Chief of Plans, US Corps of Cadets, West Point NY, and Masters student for Leadership and Counseling at Long Island University.  From 2005-2006, he served as the Tactical Officer and Commander of F Company 2nd Regiment of the US Corps of Cadets.  In 2006, LTC Hills was assigned as the Special Advisor to the Commandant, National Military Academy of Afghanistan, Combined Security Transition Command.  While there, he established the Brigade Tactical Department at the Academy and also served in Operation MARATHON CHASE and the TAG-EB Offensive with the 1st Royal Gurkha Rifles of the British Army.  From 2007-2008, COL Hills served as the Company Commander for the US Corps of Cadets Headquarters Company.

Upon Graduation from CGSC in 2009, LTC Hills transitioned from Infantry to Transportation and the Logistics Group.  He was assigned as the Executive Officer for the 402nd Brigade Support Battalion, 5th Stryker Brigade 2nd Infantry Division.  While in Kandahar, Helmand and Zabul, Afghanistan, LTC Hills served as the Support Battalion’s XO as well as the Support Operations Officer.  LTC Hills was the logistics planner for OPERATION OPPORTUNITY HOLD and the Arghandab River Offensive 2009-2010.  In 2010, he also served as the senior logistics planner and sustainment support ground forces commander for OPERATION MOSHTARAK and OPERATION KUDKUCHI PADCHA with CJSOTF-South and with the 7th Marine Regimental Combat Team as part of Task Force Destroyer, 5th Stryker Brigade Combat Team.

Upon return to Joint Base Lewis McChord, LTC Hills was assigned as the Brigade Executive Officer for 2-2 Stryker Brigade Combat Team (2010-2011) after they were re-flagged in 2010.  From 2011-2014, LTC Hills served as an OCT in Hohenfels Germany with the JMRC as the Deputy Senior Sustainment Trainer (Adler 02) and later as the Deputy Brigade Senior Trainer and BDE XO OCT (Mustang 02)

In June of 2014 LTC Hills assumed Command of the 25th Brigade Support Battalion, 1st BDE 25th ID Stryker Brigade Combat Team (Arctic) in Fort Wainwright, Alaska.  Following Command of the 1-25 SBCT BSB, he was selected to serve as the G4, 7th Infantry Division at Joint Base Lewis McChord.  COL Hills served as the 7th Infantry Division G4 for 2 years. After Promotion to Colonel, he served as the Operations Officer G3/5/7 for the 593rd Expeditionary Sustainment Command from 2018-2019.  In June of 2019, COL Hills was assigned to 1st Corps as the Director, US Army Stryker Warfighters’ Forum.

Check out the incredible speaker line-up to see who will be joining Colonel Syd.