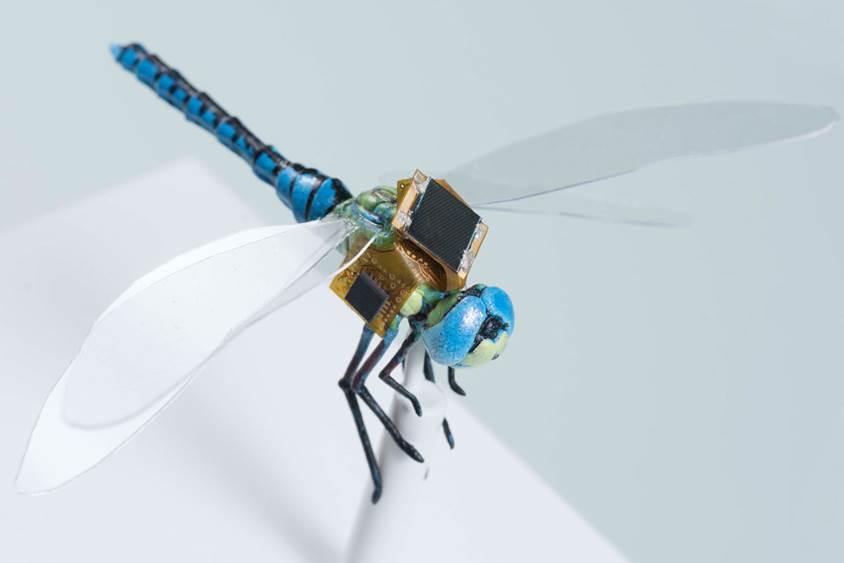 The technology behind unmanned air systems (UAS) has taken off in recent years and as a result UAS can fly faster and further than ever before – performing ever more sophisticated surveillance operations.

This jump in capability has been boosted by the development of microelectromechanical systems (MEMS) variants on mission-critical components such as accelerometers and gyroscopes as well as the miniaturisation of various crucial supplied parts.

The pursuit of ever-smaller and lighter subsystems has driven the development of nanotechnology and nanoelectromechanical systems. But the implementation of nano-scale technologies in UAS, in particular, presents unique challenges. One way research labs have sought to overcome these difficulties is by trying to replicate the aerodynamic systems found in insects and birds.

Massachusetts-based Charles Stark Draper Laboratory is pioneering a particularly unconventional approach to insect-inspired miniaturisation; working in synergy with the natural world rather than trying to copy it.

The group’s DragonflEye project is developing an insect-controlled backpack – with integrated energy, guidance and navigation systems – that turns dragonfly insects into cyborg drones. The tiny backpack – which includes a solar panel – is fitted to the back of the insect and combined with optogenetics to stimulate the 16 specific neurons that correspond to flight in dragonflies.

Unlike a man-made nano drone, the DragonflEye real-life dragonfly can hunt and consume biomatter from its environment to store and recharge energy in its body.

“Manmade systems at this size have serious problems carrying their own batteries,” says DragonflEye project leader Jesse Wheeler. “As long as the DragonflEye is able to scavenge for food the system can continue operating. It is a significant advancement over mechanical UASs that require a battery to operate over a limited duration.

“And a man-made system would need an external power source to persist as long. Because we can do this at this scale, now you can be smaller, lighter, and stealthier than other vehicles. Plus, you're using natural camouflage, an organism that already exists naturally in the environment.”

The DragonflEye is part of a new generation of biomimetic unmanned vehicles seek to mirror the camouflage capabilities or energy efficiency techniques found in the natural world.

Six years ago, Californian tech group AeroVironment released the Nano Hummingbird – a UAS weighing 0.9lbs with a wingspan of 6.3 inches that looks and flies like a real hummingbird. Its two flapping wings provided all of its propulsion and control and it was able to fly up and down and around as well as hover and pitch. 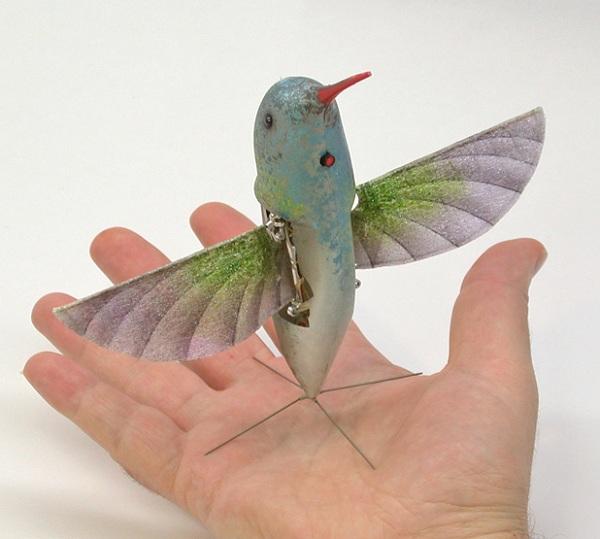 The Nano Hummingbird project was backed by the Defence Advanced Research Projects Agency (DARPA).  AeroVironment experimented with hundreds of wing designs to develop the prototype. “We had to develop new kinds of software control mechanisms and architectures and figure out how to harness the power of tiny low-weight battery propulsion,” explains AeroVironment’s Steve Gitlin.

The Nano Hummingbird prototype informed the development of the Snipe Nano UAV, which unveiled in May at the Association for Unmanned Vehicle Systems International event in Dallas, Texas.

The Snipe Nano UAS is a man-portable, hand-launched, reconnaissance tool that provides real-time situational awareness to military operators in a tactical context. The smallest category 1 Snipe Nano UAS – called 'Wasp' – is a 2.85lb air vehicle that's capable of flying for about 45 minutes.

The Snipe Nano fits in a container that is about the size of a small briefcase and is launched with a flick of the wrist.   In addition, a smaller 140g Snipe Nano that can fly for 15 minutes at speeds of more than 35 kph with EO/IR sensors and a secure digital communication link.

The idea behind the Snipe Nano was to reduce the size and weight – and associated costs – of drone technology so that it can be carried by one person. “It can enable more troops to acquire the information they need within a kilometre of a hostile situation to make better decisions for better outcomes,” explains Gitlin.

There is a growing demand for micro-UASs in the defence industry. 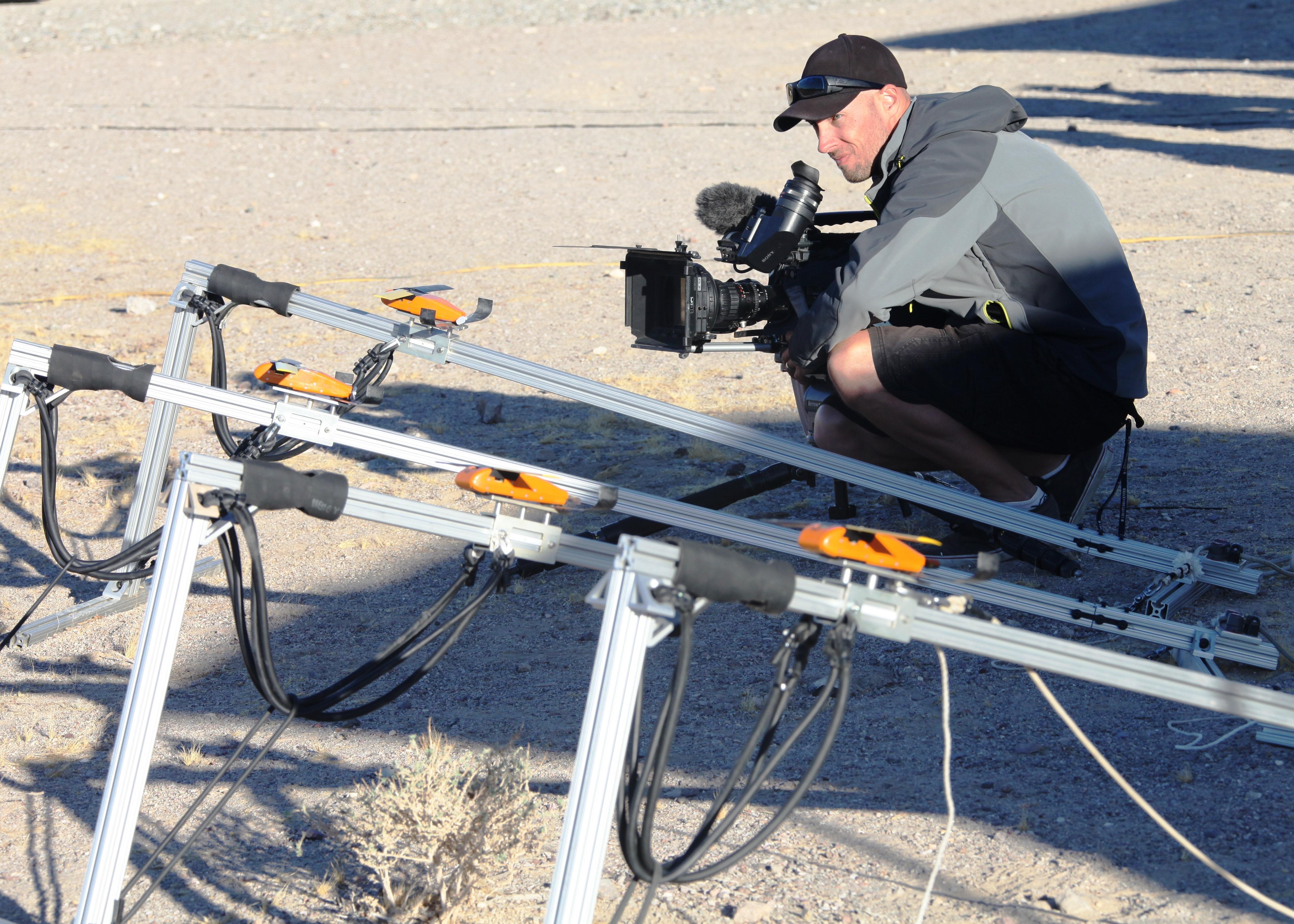 Elsewhere, the 290g Perdix micro-UAS – which was developed by Tony Tao at MIT as an in-flight-deployable, canister-launched, high-altitude sensing platform – is now being utilised by the US Department of Defense’s Strategic Capabilities Office for swarm-controlled and navigated ISR operations. The thinking behind this move is that a swarm is less susceptible to anti-aircraft weaponry than a single large aircraft.

In October 2016, 103 Perdix UAS were launched from three F/A-18 Super Hornet fighters illustrating it was possible to safely launch the drones at a speed of Mach 0.6 and in temperatures as low as -10 °C.

The use of micro UAS is providing the defence sector with new capabilities. But this new technology also brings with it serious new threats.

The Pentagon has confirmed the use of drones by Islamic State fighters in Iraq over the last year. The jihadist group has obtained an as-yet unspecified number of commercially-available drones – costing a few thousand dollars – and has converted them into IEDs or to drop explosives.

As IS supporters step up attacks in Europe, there is a risk that remotely-piloted micro air vehicles could be used to deploy IEDs in Western cities.

The rising number of accidents and near-misses involving unmanned commercial drones suggests this threat is increasing.

In November 2016, for example, a drone came within five metres of a passenger jet at Liverpool airport. The next month a drone flew close to a Boeing 767 at Manchester Airport; another came within 20 metres of an Airbus A320 landing in Heathrow.

It may only be a matter of time before this widely available new technology – and the lack of effective counter-UAS technologies – results in its use in a terrorist attack.