With civilian drones already being used as low-tech weapons, an ability to spot the threat is in serious demand

The number of companies offering unmanned aircraft systems (UAS) detection solutions has increased dramatically over the past year. A recent market report estimates that the anti-drone market will grow to almost $1.85bn by 2024.

Detection represents only one end of the current investment and development focus within the wider counter-UAS market as the business for countermeasures – physically stopping or removing the UAS – is also a key concern for anyone dealing with the security of vulnerable sites and infrastructure.

The latter remains a difficult market to conquer owing to vast difference and change in global UAS mitigation regulations. The US Federal Aviation Administration, for example, changed its regulations in 2016 but intends for this to encourage commercial use of the devices rather than curtail it. Meanwhile, consensus in European Union states has yet to be reached and in light of the UK’s vote to leave the EU, the UK will also be reassessing its laws.

Therefore the drone detection niche has, for now, more flexibility to spread its wings. For those with products in this space, the mantra is that there is no mitigation without first locating and identifying the threat as it appears. In many circumstances, this may well be true. By the time a drone has entered an area of interest, it may be too late – particularly in cases of ‘swarm’ attacks.

“The key to this problem is situational awareness – you need to know the threat is there in the first place before you take any mitigation measures at all,” said Martin Lanni, managing director of Quantum Aviation.

“We don't need to convince militaries and governments that this is a threat but there is still work to be done to get the resources funnelled to an actual detection and mitigation capability.”

Quantum’s DroneProtect solution – a scalable system offering radio frequency (RF) and Wi-Fi detection – – was a spin-off development from air space protection measures introduced during the London 2012 Olympic Games. The benefit of military-level experience allows the company’s risk-assessment service to stand out from many of its competitors.

“Some of the equipment on the market, if you dig deep enough to find out, turns out just to be a beta version or concept-level equipment that can’t deliver the level of capability that’s often implied.” 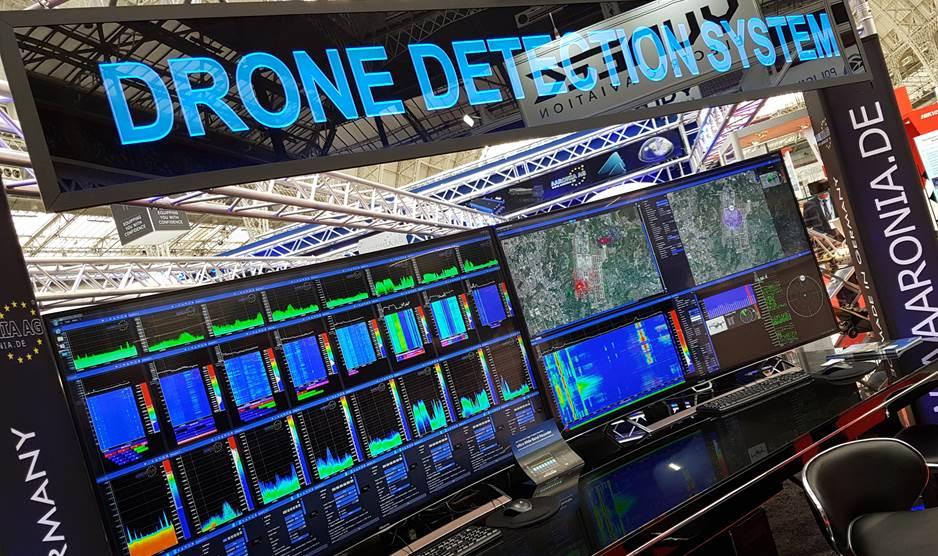 With such a variance of commercial drones in existence – from small range tricopters to heavier duty octocopters – it is not just a case of fielding a proven capability that matters. Offering a multi-layered approach to detection is becoming fundamental.

Like Quantum, the company’s roots began in a different area of situational awareness – providing birdstrike avoidance radars to military airfields and commercial airports. That high-end capability allows it to detect a common drone – the Phantom 3 Standard, for instance – at a range of over two nautical miles.

“The threat of these types of drones will undoubtedly grow as more enter the airspace and as their capabilities continue to increase,” confirmed Edward Zakrajsek, general manager at DeTect’s European office.

“The size of the drones can make them more dangerous but there is also a risk in extending battery life – the length and duration they can reach – as well as the size of the payload they can carry and the fact they are becoming relatively inexpensive. Low cost means an enemy may not care if they can’t retrieve them and are planning on using them for nefarious purposes."

Despite the innovations being made to develop cutting-edge detection solutions, the counter-UAS market will remain incomplete without a rapid surge forward in mitigation investment.

“Military and civilian customers all want the same solution,” said Manuel Pinten, sales manager at Aaronia, a company that offers to locate not just the drone but the drone operator.

“They want a high and wide range, and a 100 per cent guarantee that their system will detect any drone within its parameters. However, at least 95 per cent of our customers don’t just want to detect the drone. It’s not enough to just find the threat – they also need a countermeasure."