Like its predecessor, Top Gun 2 may once again bolster low recruitment numbers in the military but is there a longer term fix? 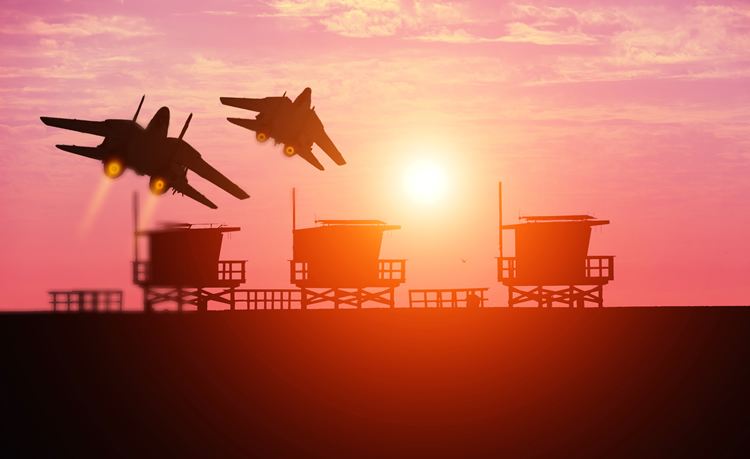 Much has changed in the 32 years since Maverick and Iceman flew fighter jets and battled imaginary Mig-28s over the Indian Ocean.
The USS Enterprise CVN 65, which formed the principal setting, sailed its final voyage in 2017. And while we loved spending screen time in the cockpit of the DCS –F14 Tomcat, the aircraft was retired from the United States Navy in 2016.

Worse still, the real-life United States Navy Strike Fighter Tactics Instructor programme (TOPGUN) is no more, having been merged into another training school.

But Maverick is back, and if the promotional material is anything to go by, we’ll be getting familiar with the cockpit of a Super Hornet this time around.

However, Top Gun is a not just a sequel for cinema-goers. Military recruiters will also be paying careful attention to its cultural impact.

"You don't own these planes son the taxpayers do"

When Top Gun was released in 1986, the military received over 20,000 entrants and a high proportion of those were in the Navy. The film seemed to have created such a huge drive for the military that recruiters would set up recruiting in theatre lobbies. 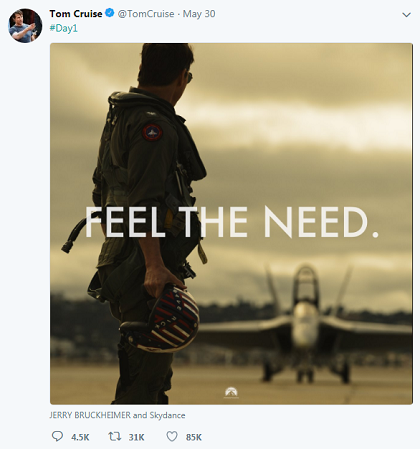 The real stars of the film are the few dozen multi-million dollar props that the military loaned to the film. Principal photography featuring F-14s, aircraft carriers, A-4 Skyhawks and even a few pilots joined Tom Cruise and Val Kilmer to provide the spectacle, at the expense of studio producers.

However, 32 years later, many NATO nations – including the US and UK – are suffering a shortfall in new recruitment across all branches of the armed forces.

Feel the need, the need for a recruitment drive?

In the United States, the current administration's goal of recruiting 80,000 more men and women is proving to be a difficult task. The government has attempted to shore up numbers with incentives and enlistment bonuses, which can be as high as £40,000 for sought-after skills such as cyber security and engineering. In addition, 400 more army recruiters are being added to the 9000 strong staff it already employs.
Meanwhile, in the UK, the armed forces are experiencing a significant shortfall in recruitment. A recent report from the National Audit Office found that an additional 8,200 military was urgently needed to meet the required level of readiness, and it would take up to 5 years to plug the gap. Significant areas of shortfall included the lack of regulars in specialist trades, such as intelligence, engineering, logistics, communications, pilots and medical.

The report concludes that current levels of recruitment are not a sustainable long-term it said: “the department’s reliance on a ‘base-fed’ model – where it recruits regulars into the lowest ranks and develops their skills and experience over time – has not enabled it to close capability gaps quickly enough.”

Clearly, there is a need for new thinking. In this situation, many believe the commercial sector can be the military's ideal wingman.

Hollywood has a long history of collaborating with the military on productions. But, cinema is just one of the ways that the military can benefit from outside forces.

As stated in the National Audit Office report, starting at the bottom and developing skills overtime is expensive and timely. This issue is compounded when regulars leave the military and their knowledge, work ethic, leadership and drive goes with them.

This is in contrast to most industries where lateral recruitment is common. When there is a gap in a skill or job role, they simply turn to the market to plug in someone already trained with the necessary skills.

Ex-military recruitment is routine in commercial industries where ex-service member skills are readily applicable. As a result, armed forces in many NATO countries cyclically have to fight a battle against personnel poaching, a task with which they are having trouble.

In 2017, UK General Sir Nick Carter proposed plans to substantially increase lateral recruitment. While this hasn’t been put into fruition just yet, there are signs that all branches of the armed forces are beginning to recruit for specialist roles from the civilian sector.

According to a report sent to the Prime Minister, the Royal Navy is beginning to experiment with nuclear engineers, and the Air Force and Army are considering the use of civilian crews for helicopters and airbuses.

Going one step further, lessons can be learned from the Australian Defence Forces (ADF) which has been recruiting laterally for a few years now. Ironically, the ADF is the one doing the poaching. One of the primary criteria for applicants is they have to be a current or recently separated member of a foreign military.

Some organisations are already offering manpower substitution for the defence forces. In the UK, Inzpire closely cooperates with the Ministry of Defence and offers a wide array of training opportunities, from piloting to virtual training.

While lateral recruitment can shore up numbers, it may not be enough. The question also has to be asked if increasing recruitment numbers is even necessary.

The military is fundamentally at the cutting edge of technology and innovations in tech could mean the personnel employed by the military could be kept at current levels, or even decreased.

If gamification in defence becomes more commonplace and highly advanced, the role of the traditional instructor may begin to fall by the wayside.

Pilotless aircraft – At the moment, pilot shortages and air force recruitment are a pressing area of concern among defence commentators. However, the air force of the future may have significantly fewer pilots in comparison to today’s standards, let alone those of the 1980s.

Initiatives to incorporate advanced technology into the air force gives us an indication of how aerial combat may look in the future. According to the Air Force Research Laboratory (AFRL) we will likely see extensive use unmanned combat vehicles, which are not only substantially cheaper, but will also completely negate the cost of human life.

AFRL recently posted a concept video which depicts the air force in 2030. Among the various 3D renditions, a standout is a depiction of a human-piloted F-35 A Joint Strike Fighter flying in tight formation with six unmanned combat vehicles, referred to as “loyal wingmen”.

In the video, the pilot sends the unmanned vehicles ahead to engage a target while the F-35 stays behind. Aviators having the ability to control masses of drones in tight formation will certainly lead to a re-examination of the aviation school of combat and the number of pilots that are needed on standby. You can check out the video below.

Lethal Automated Weapons Systems (LAWS)– Based on current trends in robotics and artificial intelligence, the implementation of lethal autonomous robots in the military is drawing near. The jury is still out on the correct definition of LAWS, but they generally refer to any weapon system that has full autonomy over its critical functions and can identify, detect and engage threats without human input.

Check out our AI 2020: The Future of Defence & Security report which looked at the trends and opportunities in the defence industry.

In fact, such weapons are already available, such as close in weapon support systems (CWIS) and drones that can detect rudimentary objects.

The military advantages are numerous. The most obvious reason is that less human lives will be at risk. An autonomous robot will be able to perform tasks not suited to humans or tasks that are exceedingly dangerous, such as long repetitive sorties, close quarters combat, bomb disposal and navigating through hazardous material.

Recently, in a joint US and UK training session, robots were used for the first time ever ina breaching exercise to clear landmines and create a bridge for tanks. This task typically falls to engineering corps and is considered one of the most dangerous roles in an active battlefield. While the robots were teleoperated, this gives us a glimpse of how artificial intelligence and automation can affect job roles in the military.

As one example, a recent US study, based on data aggregation of national health and fitness figures, found that "71 percent of young Americans between 17 and 24 are ineligible to serve in the military—that is 24 million of the 34 million people of that age group.”

The US military has dabbled in lowering recruitment standards, but a longer-term solution is data analytics. Once data on an individual recruit is collected – such as height, weight, physical fitness, education and more – models can be created to determine how likely it is that he or she will pass training and where their abilities may be best put to use, as well as how likely they are to drop-out. The possibilities are endless.

Aside from big data, machine learning enables constant self-improvement in how the information is refined. That means super-accurate data models can be created to find ideal candidates before the recruitment process even begins, potentially saving millions in lost time and investment.

What do you think?

What are your thoughts? Will the need for defence personnel diminish in the near future? Would you like to see a Top Gun 2030 where Tom Cruise develops strong feelings for his robotic wingman, Icebot? Let us know!

Want to know more about AI and the future of defence? Our AI 2020: the global state of intelligent enterprise report has you covered.