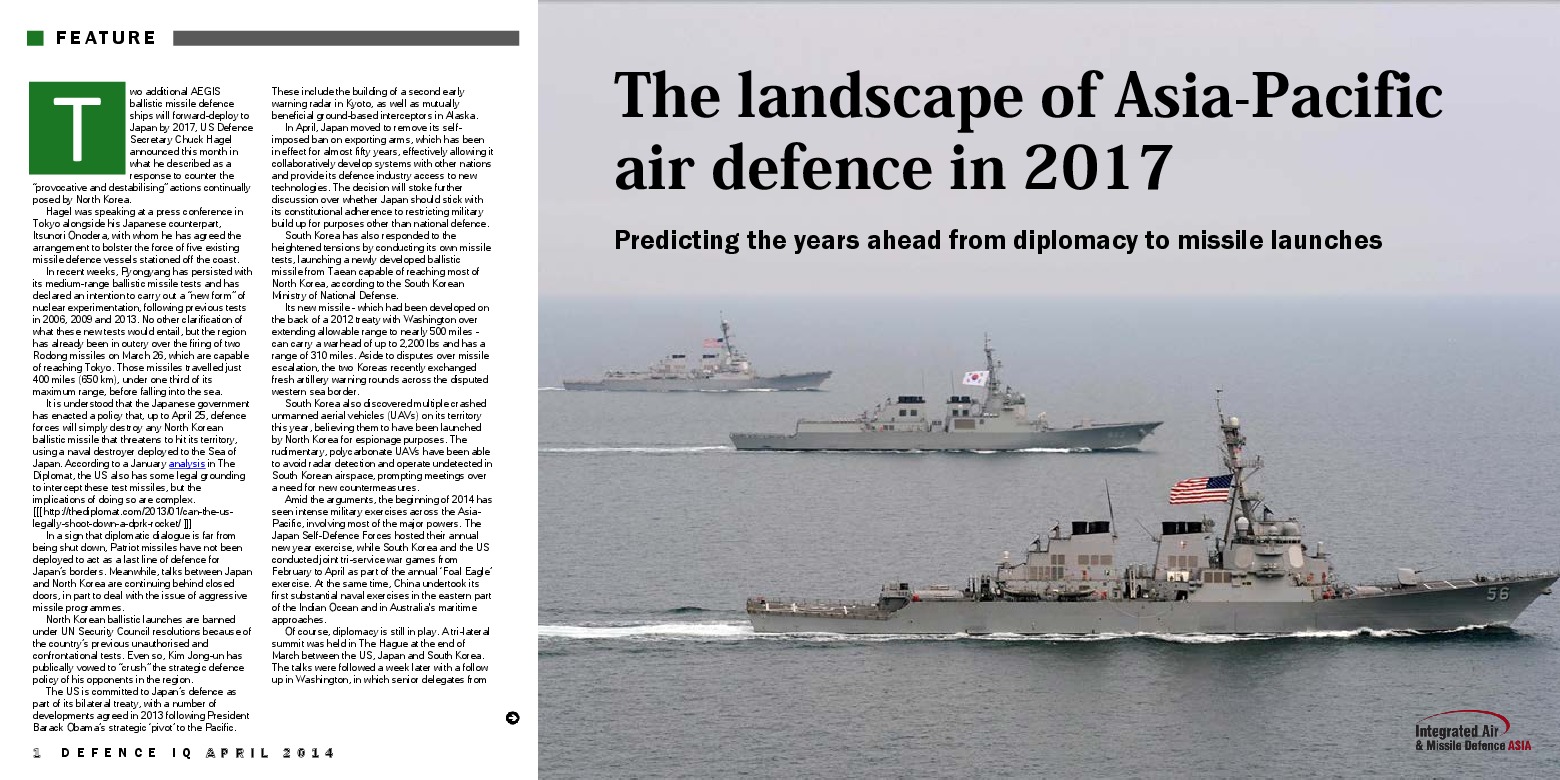 Two additional AEGIS ballistic missile defence ships will forward-deploy to Japan by 2017, US Defence Secretary Chuck Hagel said recently in what he described as a response to counter the "provocative and destabilising" actions continually posed by North Korea.

Hagel was speaking at a press conference in Tokyo alongside his Japanese counterpart, Itsunori Onodera, with whom he has agreed the arrangement to bolster the force of five existing missile defence vessels stationed off the coast.

In recent months, Pyongyang has persisted with its medium-range ballistic missile tests and has declared an intention to carry out a "new form" of nuclear experimentation, following previous tests in 2006, 2009 and 2013. No other clarification of what these new tests would entail, but the region has already been in outcry over the firing of two Rodong missiles on March 26, which are capable of reaching Tokyo. Those missiles travelled just 400 miles (650 km), under one third of its maximum range, before falling into the sea.

What will the Southeast Asia security situation look like in 2017? Defence IQ talked with five Asia-Pacific security analysts to find out. Sign in to your Defence IQ account to download the report and press the red "download now" box below to read the full report.