Counterterrorism operatives and emergency responders are soon to benefit from advances in virtual and mixed reality technology.

Serious gaming platforms have been used by militaries for years, including the multi-service Virtual Battlespace software used extensively by NATO nations, and the Harbour Protection Table-Top Exercise employed for maritime security training. Now, the security world is set to take the concept one further step as research into virtual serious gaming progresses at pace. 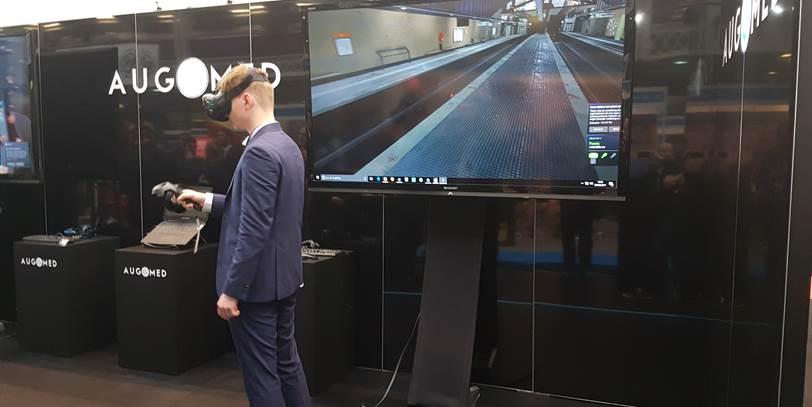 The ultimate aim is to enable single- and team-based training with different level of expertise in order for all involved to respond effectively to terrorist and criminal threats. It automatically generates scenarios tailored to suit the needs of individual trainees and offers them new ways to learn decision-making skills, emotional management techniques and analytical thinking while under pressure.

The platform is completely mobile as operating the system simply involves downloading the software to a touchscreen or laptop that runs on a Windows operating system and has a reasonable processor and graphics card.

A more immersive experience requires a standard VR headset, such as the HTC VIVE. Next year, the developers will be aiming to integrate a Google Glass-type headset so that users will be able to see the real world but also “inject” elements from the virtual world.

“This is hugely cheaper than taking your workforce away from their regular job and sending them to a facility on the other side of the country to do a live exercise. Live exercises are of course excellent and still relevant, but this is hopefully comparable in many ways. Because you can use it anywhere, you could, in theory, arrange an exercise between a UK police force and French paramedics. So long as you have standard, off-the-shelf hardware, it’s not a big outlay. You can use it as many times as you want. You can train every day of the week.

“Our research will end next year and then we will be looking to commercialise. We’ve already seen interest from some of the hardware providers and we’ve booked up demo slots for end-users to try it out and provide their feedback on how we could improve it.”

Currently, AUGGMED has modelled prototype environments on architectural drawings, recreating an authentic underground station in Barcelona and a generic airport. It expects to be able to model hundreds of civilians that behave like a real crowd, with individuals buying train tickets or walking around with members of their family.

Limitations do exist, at present, but this is largely down to the short timescale of the project. For example, the software can start virtual fires but not yet allow users to extinguish them with a hose in a realistic manner. Likewise, the crowds of hundreds of people, all with their own AI, is considered possible in theory but require hardwired systems and robust servers to actualise an exercise on that scale.

That said, should AUGGMED prove its concept and move successfully into the commercial market, private funding and developers could push these limits skyward.

“In terms of the future, I definitely think this is the way training is going,” said Rainbird.

“Specialists from university research teams are now developing amazing virtual reality scenarios, such as being able to perform surgical operations in a very realistic way. I think it’s only a matter of time before we see a lot more training delivered in this type of environment. It’s cost-effective and no one gets hurt, so it’s the next logical step.”