In part two of our interview with the CEO of Rheinmetall Defence, Fabian Ochsner, we discuss the future of GBAD systems 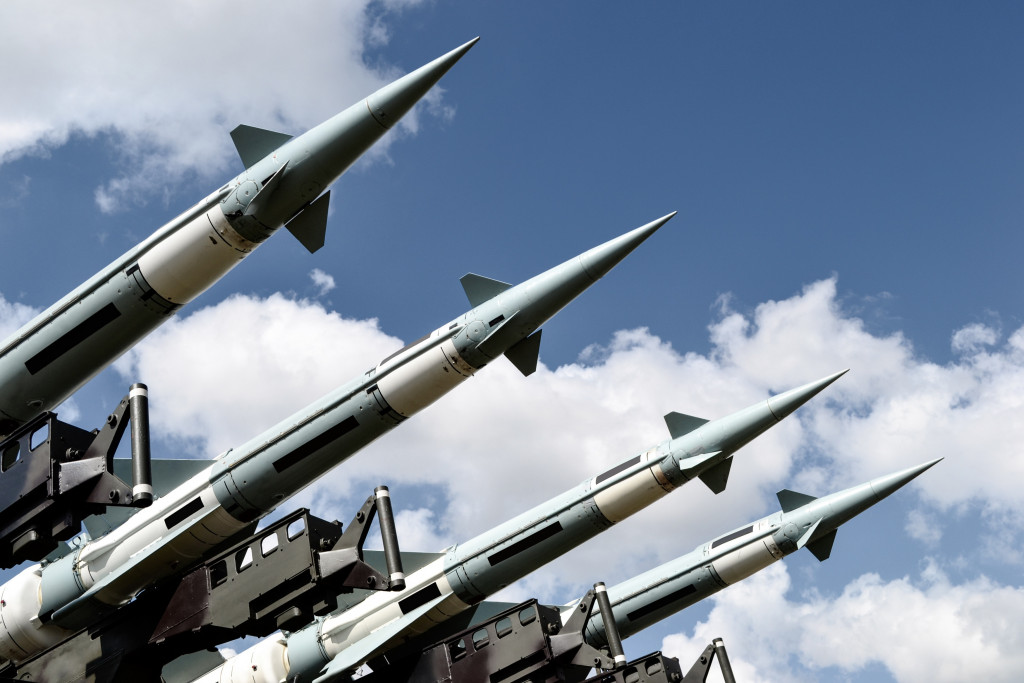 The Future of GBAD systems

Click here for Part 1 of our interview with Fabian Ochsner

Ochsner: That’s true. The USA, in particular, has not dedicated enough to air defence. It has been 20 years since their last major update. They will have to be content with defeating ‘obsolete’ technologies as much as they do with emerging future systems. This gap will only widen – and rapidly.

Ochsner: That’s a reactionary solution. US military planners have failed to adequately prepare. On average, you need 10 years in this segment to get to the skills that you should have on Day-X, with the capabilities necessary today.

"The USA, in particular, has not dedicated enough to air defence. It has been 20 years since their last major update"

Defence IQ: Russia has an array of systems. With the S-300PMU-2, S-400, and S-500 they seem to dominate as far as air defence goes. Here in the Gulf, air chiefs fear that the early warning of systems deployed in Syria, Algeria, Iran and (possibly) Turkey, might give Russia a form of airspacesurveillance network within those nations.

Ochsner: Absolutely! This is an issue that must be taken seriously as the proliferation of these systems are causing issues twofold. They’re accomplished systems in their own right, but they’re also giving Russia an additional surveillance capability, as the air chiefs suggested. Today in Europe, there is a general lack of political understanding of these threat indications. They are often reflexively downplayed simply because anything related to them is expensive and unpopular.

Defence IQ: What is the preferred strategy against such threats?

Ochsner: The approach has been to engage when full superiority has been established; nothing can happen until this is the case. This is no longer possible with these so-called double-digit systems. You have to accept the risk of crews.

Defence IQ: Psychologically, the ‘West’ may have a harder time coping with losses in comparison to potential adversaries. Russian pilots and military officials are not shy of stating how much they or their country could cope with losses or could tolerate them, while Western governments would be deterred by full-scale confrontations based on the risk of heavy losses. Is that fair to say?

"The approach has been to engage when full superiority has been established; nothing can happen until this is the case. This is no longer possible with these so-called double-digit systems"

RECOMMENDED: BrahMos: Everything you need to know about the cruise missile system

Ochsner: Indeed. Since 2001 the West hasn’t had to deal with integrated air defence. The last one that had to be cracked was the one in Yugoslavia in 1999. The deterrence of A2/AD [anti-access/ area denial] systems requires losses to be calculated in for the event of a confrontation. Of course, GBAD systems can be overcome, but the required effort and resources are much greater than any other area in the field of conflict.

Defence IQ: Let’s talk about Swiss assets. Your company bids in Switzerland under the BODLUV, the reestablishment of a far-reaching land-based anti-aircraft component over the entire nation. Is this sought as a multi-level system, with different ranges?

Ochsner: The whole concept is actually called Air2030 and has been politically put ‘on the rails’, along with the 40 fighter aircraft that are to be procured. BODLUV is the replacement for the former British Bloodhound, so long ranges and high altitude are a requirement. To rebuild this capability, Switzerland needs to ensure all flat land with urban centres is under permanent protection. Aeroplanes can not do that, or can do for only a limited time.

Since 2001 the West hasn’t had to deal with integrated air defence. The last one that had to be cracked was the one in Yugoslavia in 1999.

Defence IQ: When was the Bloodhound taken out of service?

Ochsner: Around 1999 or 2000. There were six batteries with 250 missiles. One is on display at the Mission Museum in Menzingen, in the Canton of Zug, highly recommended.

Defence IQ: And what about stealth technology?

Ochsner: Well, naturally you cannot ignore this technology. You have to accept that an adversary will be using the full range of their capabilities against you. Together with our partner Raytheon, we at Rheinmetall are offering the MIM-104 Patriot system (PAC-3), in the Swiss Patriot Team.

Additionally, there is the Israeli ‘David’s Sling’ by Rafael and the French Eurosam SAMP/T via the European consortium. Armasuisse agency has handed over the first request for the new ground-based long-range air defence system, with the first three offers expected by the end of March. There will be an evaluation report by the end of 2020 and a type decision to follow. The introduction is planned from 2025 on.

Defence IQ: What will happen to the existing systems?

Ochsner: The Skyguard radar and the 35mm AAA, I believe, will be further used for close ranges. However, there is scope for it to be upgraded again.

Defence IQ: That could actually be a solution for Austria since the 35mm Oerlikon AAA is still in use.

RECOMMENDED: Why did Turkey Choose the S-400?

Ochsner: I can tell you that talks are underway on that very topic. While Austria has a limited budget, there is a huge focus on counter- UAS defence. Some attempts were made and it was found that the 35mm AAA with the Skyguard offers a pretty good base.

And that also includes customers around the world, with even older Skyguard versions than the Austrians have. There are still conversations about upgrading it with AHEAD ammunition, improved tracking ability and more computing power. Skyguard I has a SHORAD and drone defence system, since it can safely fight uncooperative drones or other airspace users in lower altitudes.

Defence IQ: SHORAD was the focal point of discussion at the Rheinmetall stand at the recent IDEX in Abu Dhabi. There was a whole set of solutions and sensors. What were the highlights?

Ochsner: It was premiere for us. On our stand, we displayed all the four elements of our SHORAD/VSHORAD system. We are able to deploy a whole set of C4I solutions, sensors and effectors to counter threats coming from the third dimension, including RAM [Rocket-Artillery- Mortar, not to be confused with the ship self-defence system Rolling Air Missile] and small drones.

There can be integrated assets like Skyshield or Skyguard fire units, guided missile launchers or even high-energy laser (HEL) effectors into the system. And the latest addition to the variety of systems available by Rheinmetall is the C-UAS jammer, which is shown for the first time on a defence exhibition.

Defence IQ: What can you tell us about the C-UAS jammer?

Ochsner: It was demonstrated a few weeks ago in Germany. It is operating in the frequencies up to 8 GHz and can work on three bands, upper and lower communications, and GPS. The three circular polarised spiral antennas are contained all together in a system cylinder.

"There can be integrated assets like Skyshield or Skyguard fire units, guided missile launchers or even high-energy laser (HEL) effectors into the system"

Click here for Part 1 of our interview with Fabian Ochsner

With regards to jamming, it can operate on eight channels per each band; there are digitally programmable master oscillators and amplifiers for each channel. Frequencies and power output can be tuned to optimise the effect, as jamming signals require less power than disturbing communications. And a more compact version for tracked vehicles is being currently developed.