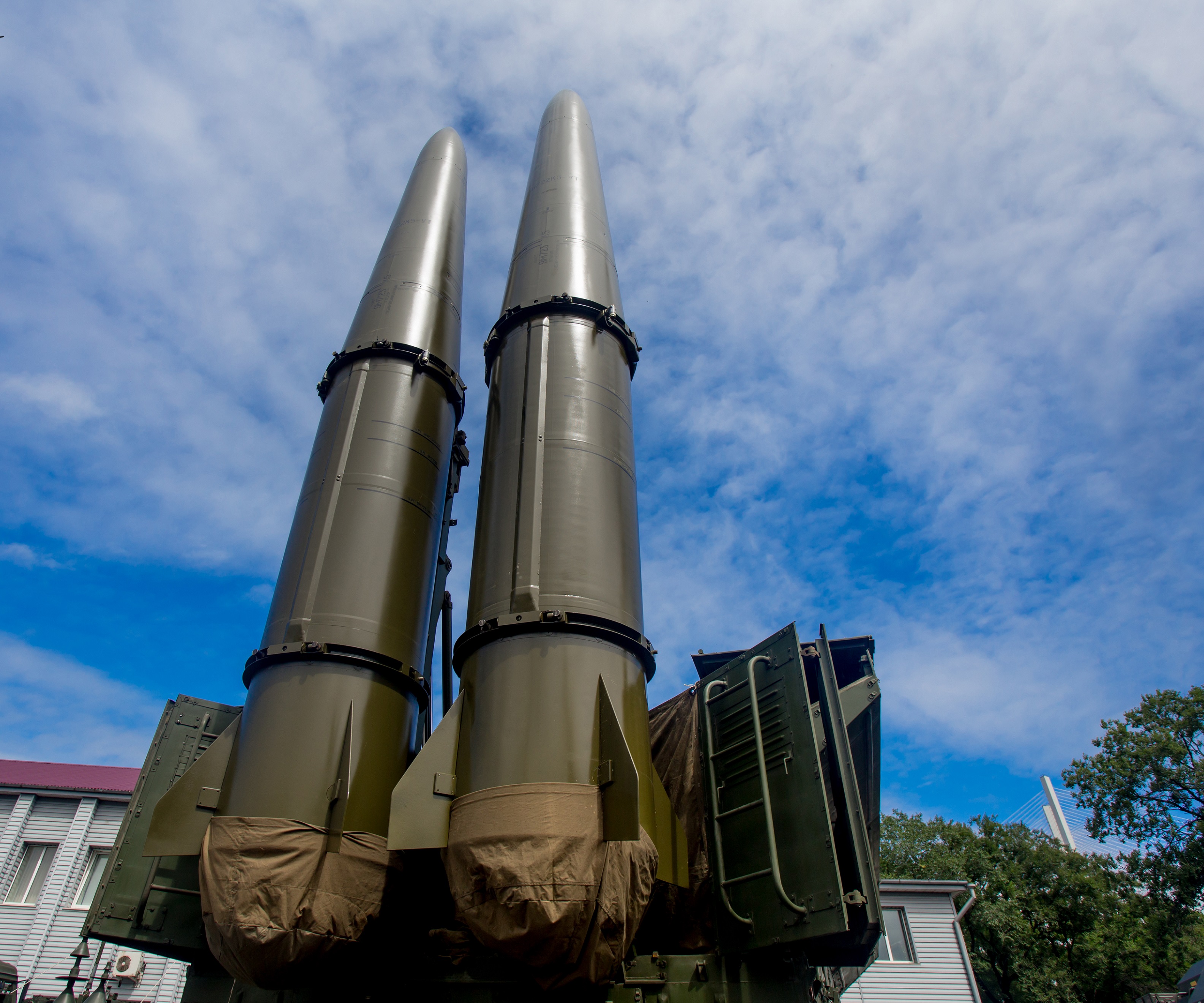 On 4 December 2018, the US Secretary of State, Mike Pompeo, announced that Russia was in material breach of the 1987 Intermediate-Range Nuclear Forces (INF) Treaty, and gave Moscow 60 days to return to ‘full and verifiable compliance’. Should Moscow fail to return to compliance, the US would suspend its obligations under the treaty. Moreover, this ultimatum follows President Trump’s announcement on 20 October that the US would withdraw from the INF Treaty, citing Russian violations and China’s strike capabilities.

Want to know more about long-strike capability? Hypersonic missiles: What are they and can they be stopped?

The collapse of the INF Treaty will negatively affect strategic stability, regional and international security and considerably enhance Russia’s ability to threaten targets, particularly across Europe. Russia’s development of ground-launched theatre strike systems, complementing its growing arsenal of air and sea-launched missiles, reinforces the requirement for investment in robust offensive and defensive capabilities.

As part of its wider efforts to develop a long-range strike capability, Russia has developed a variety of ground-launched systems that either already violates the INF Treaty, or provide a rapid breakout capability. Russia’s principal ground-launched strike system is the Iskander theatre tactical missile system, comprising the Iskander-M precision-guided short-range ballistic missile and the Iskander-K cruise missile.

The Iskander-M has an official range of no more than 500 km in order to comply with the INF Treaty, but may, in fact, be closer to 700 km, with the potential to be extended further, perhaps up to 1,000 km. An anti-ship capability has recently been added, utilising technologies developed for the Kh-47M2 Kinzhal hypersonic air-launched ballistic missile. The Iskander-K is believed to be a ground-launched variant of the Kalibr sea-launched cruise missile, which has a range of up to 2,500 km. 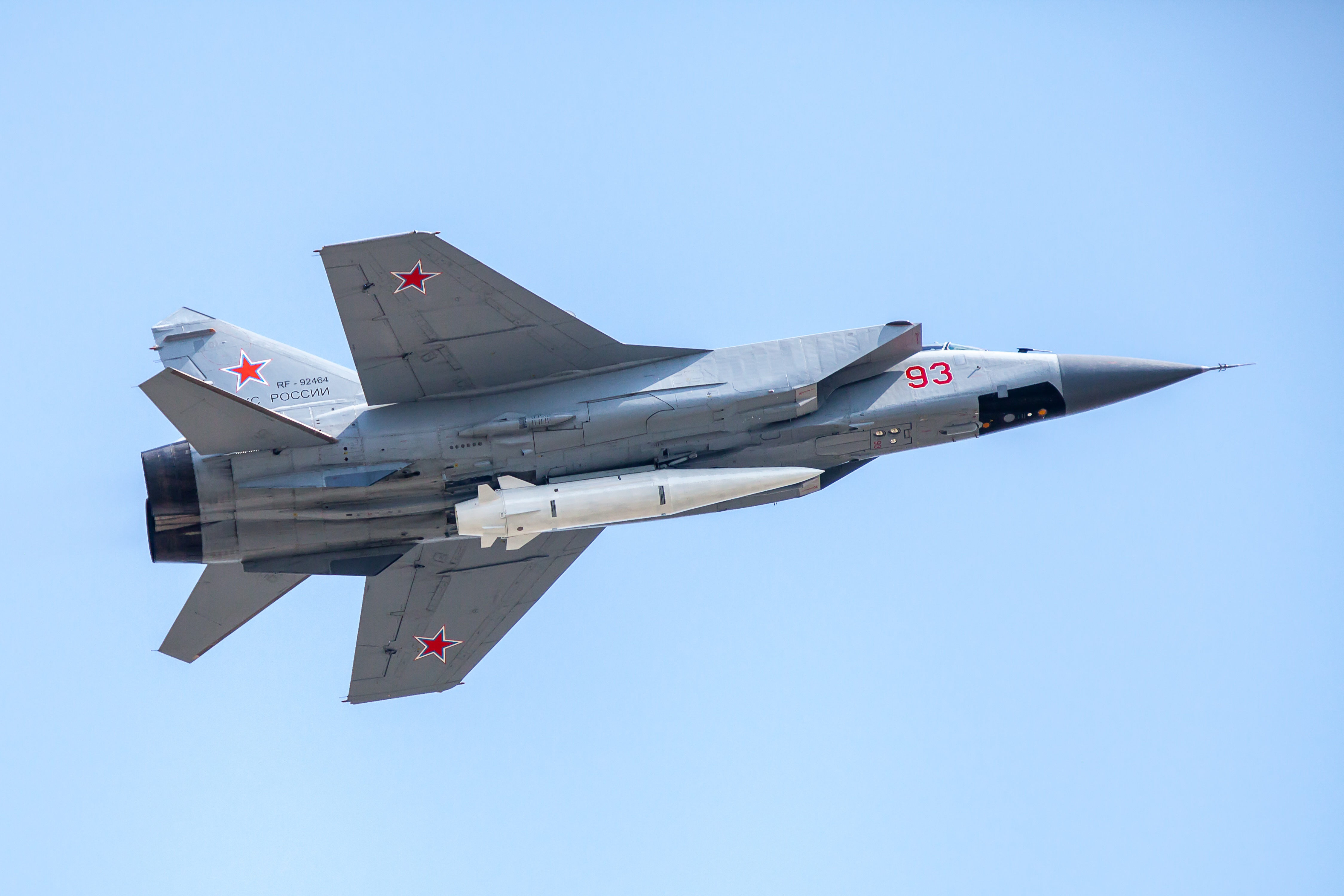 RECOMMENDED: How capable is the S-400?

However, there are potentially two ground-launched Kalibr variants: the 9M728 - the Iskander-K - also designated R-500, and the 9M729; the former is reportedly an INF-compliant system with a range not exceeding 500 km, whilst the latter is the missile equipping the SSC-8.

However, in December 2016, it was reported that the range of the BrahMos, a joint Indian-Russian derivative of the Oniks, would be extended from its current 300 km to 600 km, a process described as requiring no major modification, and may be further extended to 800 km. 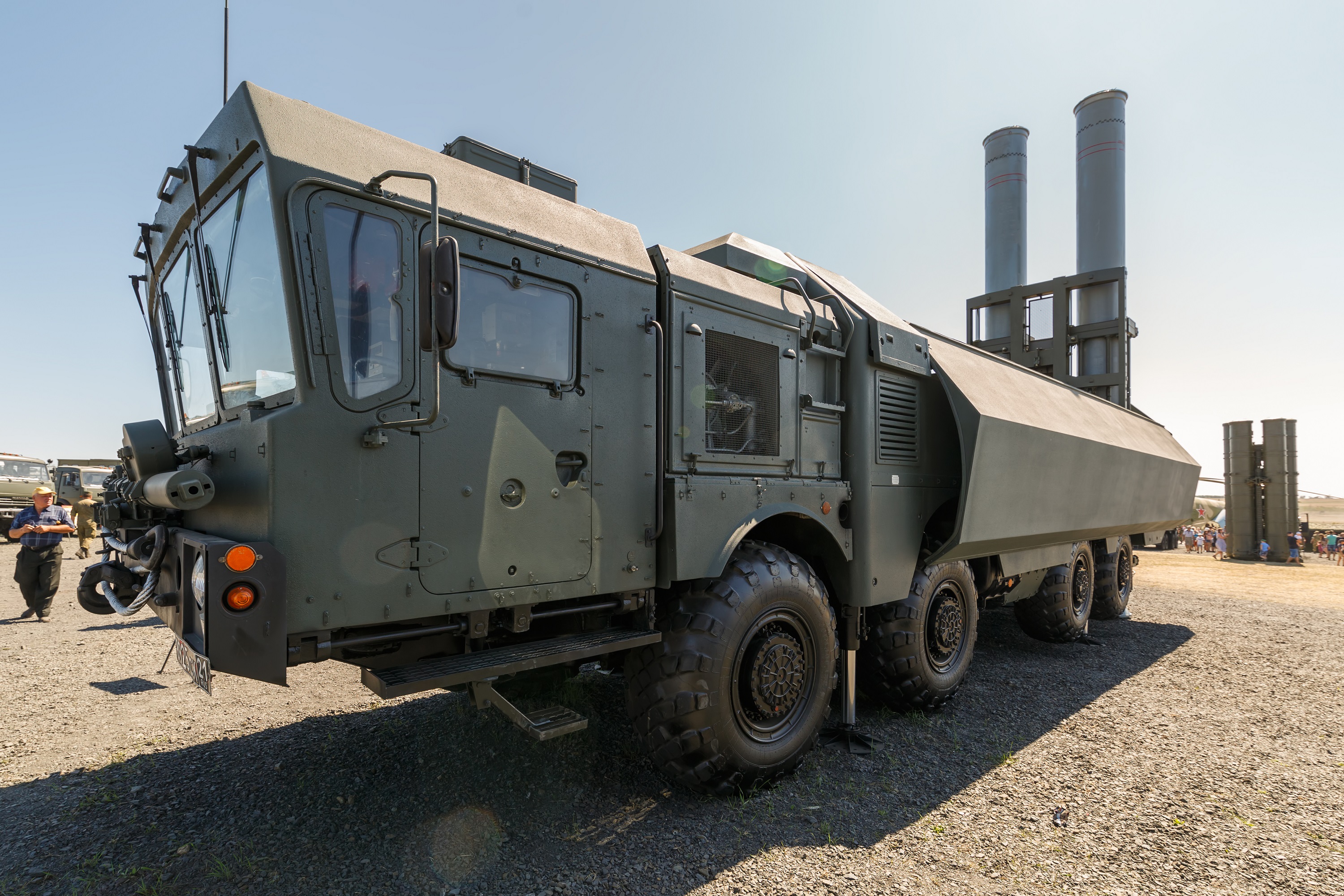 It is likely that the Oniks, if not already capable of attaining similar ranges, will be similarly upgraded following the removal of INF Treaty limits. Russia is developing a ground-launched hypersonic cruise missile, the 3K22 Tsirkon. The Tsirkon is reportedly being developed by NPO Mashinostroyeniya, the company responsible for the Oniks, and will also include air, submarine and ship-launched variants.

The missile reportedly commenced flight testing in 2015 and is intended to attain high supersonic to hypersonic speeds, that is, Mach 4.5 to Mach 6, although there were unconfirmed reports in 2017 that the missile achieved a speed of Mach 8 during testing. As with the Oniks, it is likely that the Tsirkon will include a land-attack capability in addition to its anti-ship role: the missile will reportedly have a range of 500-1,000 km.

A developmental intercontinental ballistic missile (ICBM), the RS-26 Rubezh, a two-stage derivative of the three-stage RS-24 Yars ICBM, may also represent an INF breakout system. The Rubezh has been tested in a single-warhead configuration to a range of 5,800 km and thus qualifies as an ICBM; if armed with multiple warheads, the missile’s effective range would be within prohibited INF limits.

The SS-20, the principal Soviet intermediate-range ballistic missile (IRBM) deployed in the 1980s, was similarly a two-stage derivative of the three-stage SS-16 ICBM; in addition, the SS-20 Mod-3 had a range of 7,500 km in a single warhead configuration. There is uncertainty surrounding the RS-26; it was believed to be due for operational deployment in 2015, but postponed twice, and then reportedly cancelled in 2018.

There has been speculation that the system is likely to reappear if the INF Treaty collapses, and restrictions on IRBMs are removed. Given the importance attached to the development of long-range precision strike capabilities in Russia’s wider military modernisation efforts, the deployment of a conventionally-armed variant of the RS-26, equipped with a terminally-guided manoeuvring re-entry vehicle for prosecuting land and maritime targets, akin to the Chinese DF-26 IRBM, is likely. 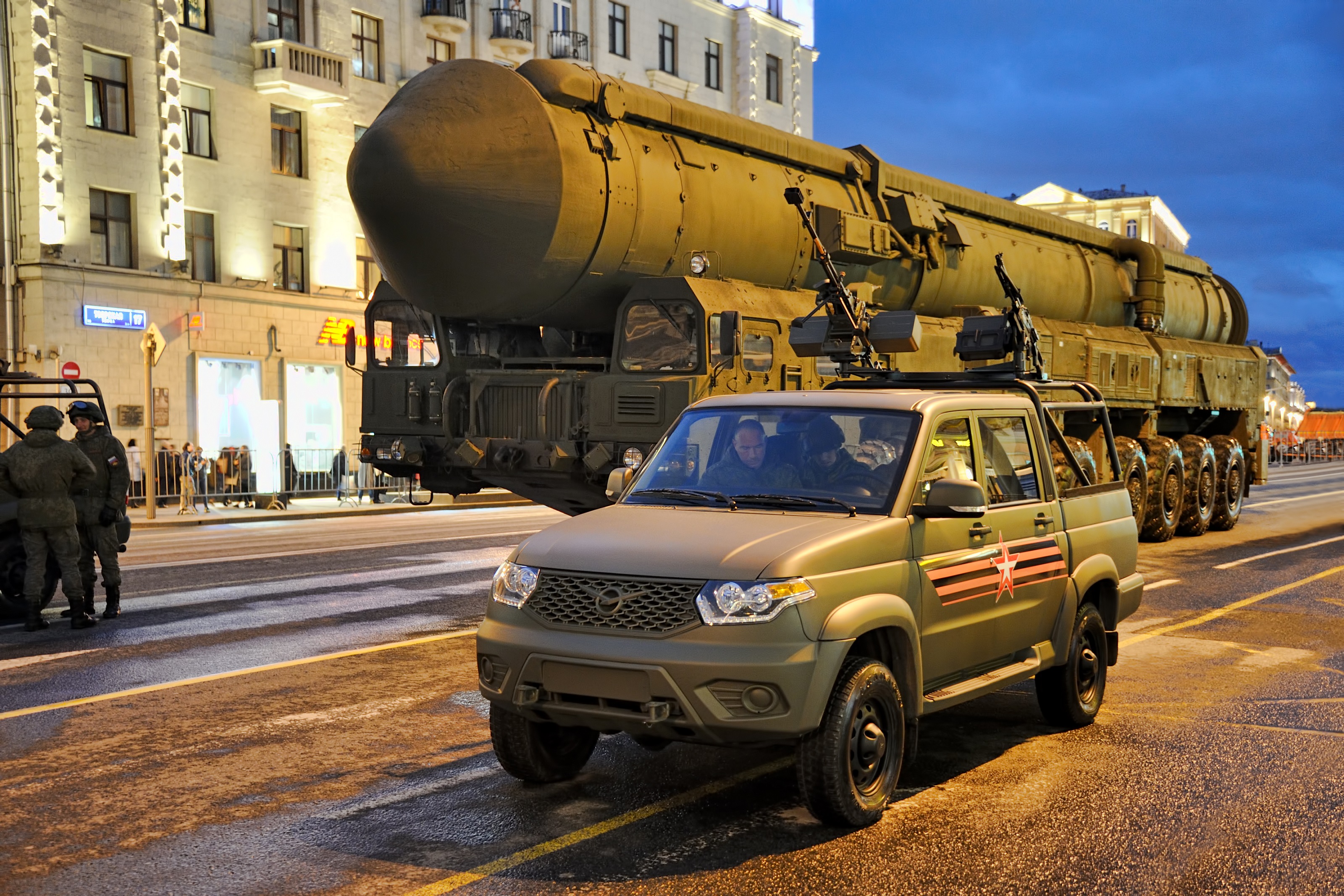 Similarly, the deployment of a hypersonic glide vehicle (HGV), based on the ICBM-launched Avangard, in the sub-strategic role is potentially likely.

How will the INF treaty affect Russian long-strike capability?

The ending of the INF Treaty will enable Moscow to deploy a robust ground-launched long-range strike capability, including subsonic, supersonic and hypersonic cruise missiles, and precision-guided ballistic missiles. The possibility that Russia may deploy a ground-launched variant of the Kh-101 extended-range (4,500 km) low-observable subsonic conventionally-armed cruise missile cannot be dismissed. It also warrants emphasising that the majority of Russian long-range strike systems in development or being deployed are dual capable, that is, capable of delivering conventional or nuclear warheads.

Together with its growing arsenal of air and sea-launched missiles, Russia’s ground-launched long-range strike systems, particularly if freed from the constraints imposed by the INF Treaty, pose a significant threat, and one that will grow in quantitative and qualitative terms, particularly as systems such as the Tsirkon enter service.

In Europe, the deployment of theatre strike systems will considerably enhance Russia’s ability to threaten NATO military facilities, maritime forces and critical economic infrastructure, including in the United Kingdom. In the Asia-Pacific, the deployment of systems such as the SSC-8 would significantly enhance Russia’s ability to target locations in Japan and South Korea. If deployed to Anadyr air base in the Chukotka region, the SSC-8, for example, could reach targets in Alaska, including Elmendorf Air Force Base, Anchorage, and the missile defence base at Fort Greely.

The threat posed by Russia’s growing long-range strike capabilities, whether air, sea or ground-launched, is exacerbated by Russian thinking on their employment. This is particularly focused on the large-scale use of long-range precision strike systems in the initial phase of hostilities, targeting an adversary’s critical economic and communications infrastructure and armed forces in order to rapidly overwhelm and defeat the adversary.

How can NATO respond to the collapse of the INF treaty?

Responding to this threat requires a robust deterrent founded on investment in offensive and defensive capabilities, including precision strike (for counter-force operations), electronic warfare, and multi-layered integrated air and missile defence.

With regard to offensive systems, the likely collapse of the INF Treaty does not necessarily mean the return of US nuclear-armed theatre strike systems to Europe, rather, it creates the opportunity for the development and deployment of advanced conventionally-armed systems. The US has commenced studies into a new Precision Strike Missile to replace the current Army Tactical Missile System.

It is currently limited to a range of 499 km to comply with the INF Treaty, whilst the US Army is also looking at developing a hypersonic missile and the Strategic Long-Range Cannon to provide a strike capability at ranges in excess of 1,000 miles. Studies into a new GLCM have also reportedly begun. Such systems could make a significant contribution to countering Russian anti-access and area denial capabilities.

In terms of defensive capabilities, integrated air and missile defence systems supported by a robust and resilient distributed battlespace intelligence, surveillance, target acquisition and reconnaissance (ISTAR) network, will be critical. Such a network would also provide a means of countering Russia’s focus on developing kinetic, including anti-satellite, and electronic warfare approaches to targeting Western ISTAR assets in order to deny and disrupt battlespace awareness and targeting capabilities.

With regard to air and missile defence, the multi-axis ballistic and cruise missile threat posed by Russia, including hypersonic systems, requires a multi-faceted approach, combining disruption of supporting ISTAR systems, counter-force targeting and interception through kinetic and non-kinetic means. In the mid-to-long term, directed energy weapons and electromagnetic rail guns, as well as enhanced performance missile interceptors, will be required to counter sophisticated air and missile threats.

Affordability will be a challenge, in particular with regard to developing multi-layered defences and countering advanced threats (particularly high-speed manoeuvring weapons). Alongside active measures, passive defences including hardening vulnerable facilities and dispersed operations will be required.

RECOMMENDED: Is there a future for the SU-57?

Most importantly, the development and deployment of robust and resilient defensive capabilities are critical to maintaining deterrence. Although the collapse of the INF Treaty will likely result in Russia expanding and enhancing its conventional long-range strike capabilities, it will also provide Moscow with an additional means of nuclear coercion.

Moscow will declare those states in Europe that host US theatre strike or missile defence systems as nuclear targets and attempt to blame the US for creating new security threats. The use of theatre nuclear systems for limited, ‘de-escalation’ strikes may also be noted. In this context, maintaining credible deterrence and containing Russia’s revisionist ambitions is central to the preservation of regional and international security.

Are defence companies prepared for today's cyber threats?
Many feel that they're not keeping up with the increased attack surface

Check out the full report for more insight.