The Renaissance of Mortar Systems 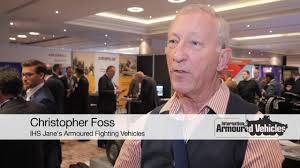 The mortar has been used on the battlefield for many years but is now going through a renaissance as a result of new technology and a greater diversity of deployment by both artillery and infantry.

Work in the fires community? Join us in Mardrid this October for the Future Mortars conference.

Mortar Use in Infantry and Artillery

In some countries the mortar is now under the direct control of the artillery, who also control the conventional tube artillery and artillery rocket systems.

In most countries, however, the mortar is under the control of the infantry battalion commander as his own “pocket artillery”, with the fire support company being armed with 120 mm or 81 mm mortars with smaller calibre mortars such as the 60 mm being deployed at a lower level.

120 mm and 81 mm mortars can be installed in the rear of the armoured fighting vehicle (AFV) or carried in an AFV or unarmoured platform disassembled and then be deployed on the ground.

Traditionally the mortar in an AFV either has limited traverse or mounted on a turntable with traverse through 360 degrees and is laid onto the target using a conventional sighting system with target information coming from the mortar fire controller (MFC).

The latter today is normally provided with not only a day/night observation system but also a laser rangefinder and a navigation system. This allows for the rapid acquisition of the target and information being relayed to the mortar over a secure data link. 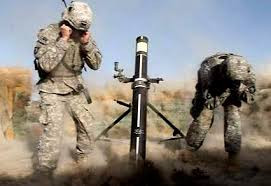 The latest vehicle mounted mortar systems have powered traverse and elevation, navigation system and are coupled to a computerised fire control system (FCS) which enables the mortar to be rapidly laid onto the target, carry out a fire mission and then redeploy to another position before it can be detected and engaged by enemy forces.

The first customer for the French TDA 120 mm 120R 2M recoiling mortar was Malaysia, who took delivery of eight systems for installation in the FNSS ACV-19 tracked armoured personnel carrier (APC), followed by Italy for installation in a version of its Freccia (8x8) infantry fighting vehicle (IFV).

RUAG Defence have now completed the development of their latest turntable mounted Cobra 120 mm mortar system which now has all electric traverse and elevation rather than hydraulic as in the original Bighorn system, load assist device and a computerised FCS.

Some of the more recent 120 mm mortars, such as the Singapore ST Engineering Land Systems Super Rapid Advanced Mortar System (SRAMS), have a load assist device which takes the mortar bomb upwards, positions it over the barrel and releases the mortar bomb.

The 120 mm SRAMS is already deployed by Singapore integrated into the rear of their ST Engineering Land Systems Bronco armoured all-terrain vehicles and by the United Arab Emirates (UAE) installed in the rear of a modified version of the now Denel Land Systems RG31 Mk 5 (4x4) mine resistant ambush protected (MRAP) vehicles though the UAE company International Golden Group.

Another recent trend is the development of turret mounted 120 mm mortar systems.

One of the first of these was the Royal Ordnance 120 mm Armoured Mortar System (AMS), with 73 of these being supplied to the Saudi Arabian National Guard (SANG) and installed in General Dynamics Land Systems – Canada Light Armoured Vehicle (LAV) (8x8) platform with a suite of 120 mm ammunition supplied by MECAR.

The Finnish Army deploys a batch of 18 Armoured Modular Vehicle (AMV) (8x8) fitted with the twin 120 mm Advanced Mortar System (AMOS) which was originally a joint development programme between Finland and Sweden.

Future developed by Patria resulted in the lighter and more compact single barrel 120 mm New Mortar (NEMO) which has been supplied to the SANG as a follow onto the Royal Ordnance 120 mm AMS which is no longer being marketed.

The UAE has also taken delivery of a batch of 120 mm NEMO for installation on a coastal craft and Patria have competed development of a fully integrated containerised version which can be carried or an 8x8 truck or installed on a naval platform.

BAE Systems Hagglunds have recently started delivery to the Swedish Army of 40 CV90 infantry fighting vehicle (IFV) platforms fitted with a turret armed with two 120 mm muzzle loaded mortars with the complete system being called Mjolner (Hammer of Thor) with final deliveries due in 2020. 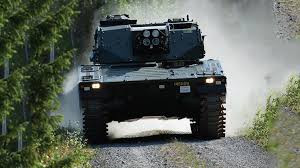 Recently a number of new mortar systems have been developed, often using private venture funding, with new recoil systems that allow 81 mm and 120 mm mortars to be deployed on the rear of much lighter platforms such as the Toyota Land Cruiser 70 (4x4).

A good example is the Spanish Alakran 120 mm Light Mortar System (LMS) which was developed by Spanish companies Everis Aerospace and Defense and New Technologies Global Systems (NTGS), and is already in service with one export customer who has ordered 100 systems.

The mortar is located on the rear of the platform and is lowered to the ground via an electro-mechanical system until the large baseplate is in touch with the ground to provide a more stable firing platform. It is coupled with a computerised FCS which allows the mortar to be rapidly laid onto the target.

The Alakran 120 mm LMS has also been integrated into the rear of a Bars 8 (4x4) armoured personnel carrier to meet the potential requirements of the Ukraine and this version carries 60 x 120 mm mortar bombs with their associated charges and fuzes,

Another Spanish system is the EXPAL Integrated Mortar System (EIMOS) which is being marketed in turntable mounted 60 mm and 81 mm versions integrated onto a light platform such as the Spanish URO VAMTAC (4x4) high mobility tactical vehicle.

Traditionally the role of the mortar is to provide suppressive fire using high-explosive (HE), smoke and illuminating projectiles, but there is also a trend towards the development and fielding of precision guide mortar bombs to enable high value targets to be successfully engaged with little risk of collateral damage.

The mortar renaissance does not seem close to ending. As calls for greater mobility and 'shoot and scoot' capabilities get louder, acquisition of new mortar systems that offer this blance of manouverability and lethality will be in the spot light. 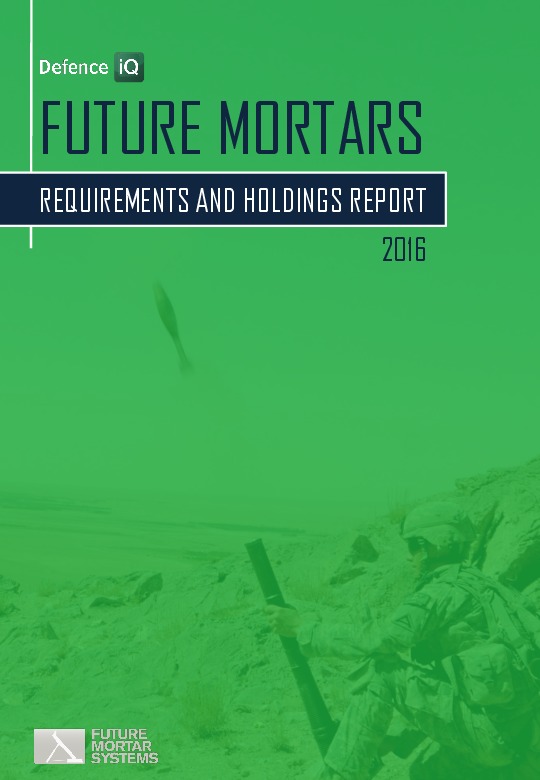