How the APKWS is improving the Hydra-70: BAE Systems interview 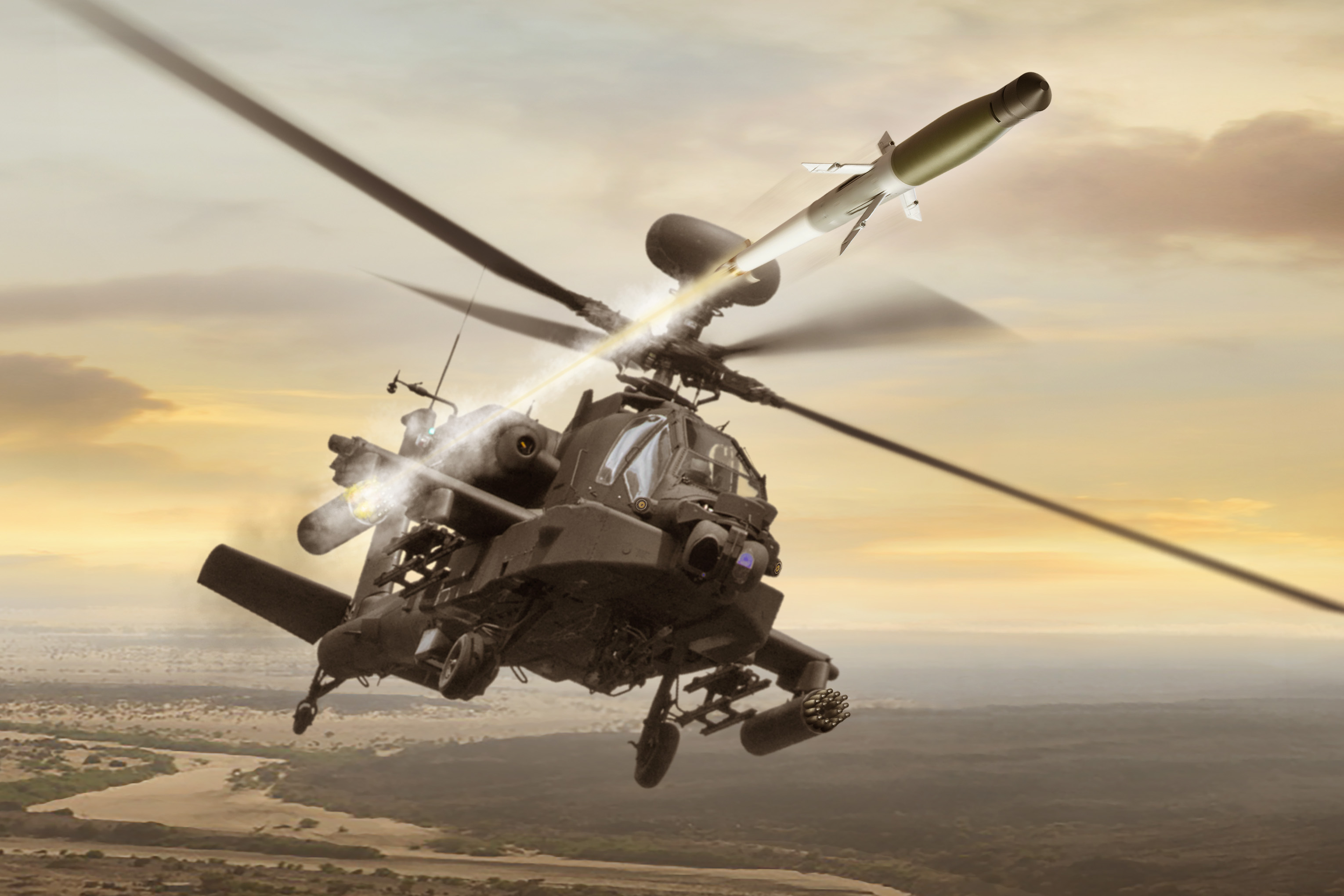 A new lease of life for the Hydra-70 rocket

The versatile Hydra-70 rocket system has been a mainstay in the United States Armed Forces since the 1950s and has performed reliably in anti-materiel, anti-personnel and general air-to-ground suppression capacities.

One of the biggest advantages of the Hydra-70 is its weight and inexpensiveness, giving aircraft, the Apache, for example, the ability deploy with up to 38 rockets. However, Hydra-70 is also unguided, which increases the risk of collateral damage and missed targets.

The alternative is a guided missile, such as the AGM-114 Hellfire, but guided missiles are far more expensive and heavier than their unguided counterparts. To bridge the gap between an unguided rocket and guided missile, BAE Systems has developed a conversion kit that gives the Hydra-70 a new lease of life, by transforming it into a guided rocket.

We sat down with Marc Casseres, Director of Precision Guidance and Sensing Solutions at BAE Systems to discuss the APKWS and improved capabilities of the Hydra-70.

Defence IQ: Thank you for talking with us today. To start us off, what separates your product from the competition?

Casseres:  APKWS stands for Advanced Precision Kill Weapon System, and it is the only programme of record of the US government that transforms an unguided 70mm unguided rocket into a precision munition.

Our design is unique because of the mid-body guidance and control section, which is compatible with either new or existing Hydra-70 rockets. In addition, it integrates seamlessly with existing guided rocket motors, warheads, launchers, and requires no modifications to any other parts of the system.  If you can shoot an unguided rocket, you can shoot an APKWS.

Suffice it to say, we’ve turned a highly-capable unguided rocket, the Hydra rocket, into an accurate guided rocket.

Defence IQ: How do you measure the cost-effectiveness of the APKWS, compared to other systems like the Hellfire guided missile?

Casseres: From a cost-effectiveness perspective, we like to think of a couple of things. First of all, it is about a third of the weight of other PGMs (Precisions Guided Munitions) out there, and therefore we can carry more munitions into the field.

The ability for an aircraft to go out on a mission and have three times more APKWS on its airframe in comparison to the competition, ensures aircraft can maintain air-to-ground suppressive capabilities for a longer period of time.

It also provides low collateral damage compared to unguided rockets. While you may be able to carry an equal amount of unguided Hydra rockets, by adding APKWS for the fraction of the cost of a guided missile, you’re able to add guided capabilities to what has historically has been unguided missions.

Defence IQ: What powers the system and how does it find its target?

Casseres: The APKWS utilises DASALS (Distributed Aperture Semi-active Laser Seeker), which is comprised of advanced seeker optics, located on four guidance wings. These wings are embedded in the body of APKWS and they deploy once the munition has been fired.

RECOMMENDED: How capable is the S-400 missile system?

The seeker is semi-active, meaning it doesn’t emit laser energy; it passively detects a laser signal. The optics on the APKWS wings lock onto a target identified by a laser designator, which can be operated by the firing platform or remotely by ground forces. Once the wings deploy, the optics instantaneously “see” the target illuminated with a laser beam within a 40-degree field of regard [total area that can be captured by the sensor].

Defence IQ: It’s interesting that the optics are deployed after the munition is fired. Does that mean the seeker optics have an additional layer of protection?

Casseres: Indeed. Wing slot seals protect them from external elements before firing, such as dust, sand or adjacent rocket firings. This isn’t the case for rockets that have a forward-deployed or forward sensor at the tip of the rocket.

Defence IQ: One of the biggest selling points of the APKWS is its ability to reduce collateral damage. How does it achieve this?

Casseres: It has a 40-degree instantaneous field of regard and therefore it has increased its ability to hit the intended target. In addition, the optics can lock on to both moving and stationary targets, which is an important capability on today’s battlefields.

"Our design is unique because of the mid-body guidance and control section, which is compatible with either new or existing Hydra-70 rockets"

At this time, it is the most accurate PGM in its class, and it shows. It has achieved over 93% hit rate when firing from rotary and fixed-wing platforms. Of course, this results in very low collateral damage compared to other systems and unguided munitions.

Defence IQ: You mentioned the system works on rotary and fixed-wing platforms; which in particular?

Casseres: It’s been qualified on over a dozen different platforms, for instance, the F-16, A-10 and the F-18. For rotary-platforms, it is usable on Apaches, Black Hawks and many other platforms across the US services, including the US Navy, the US Marine Corps, the Army, and the US Air Force. 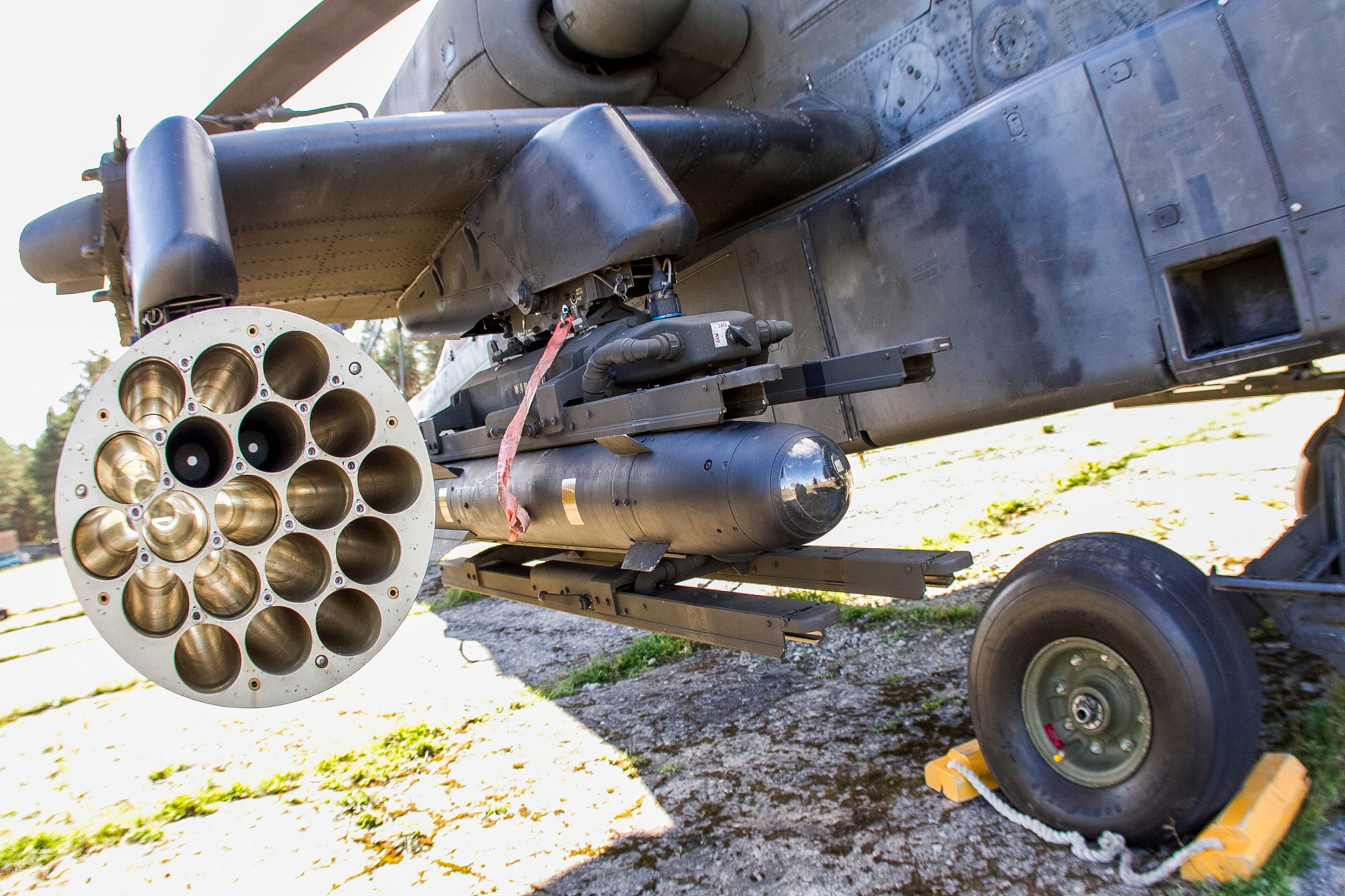 All of them use our APKWS guided rocket system and it has been in use for about five years, which speaks volumes of its operational effectiveness.

Defence IQ: Why did the Department of Defense release a tender to transform unguided rockets into guided munitions?

Casseres:  If you think of an unguided system, although easy to use, its final intended target may not be achieved because of the fact that it is unguided. Therefore you have the potential for higher collateral and a higher probability of missing your target.

RECOMMENDED: How to win defence contracts with the Department of Defense

Over time, the US Government realised that they wanted to incorporate precision-capability to these unguided systems. Guided solutions were available but more expensive and much larger. With our DASALS technology, we developed a system that could modify existing unguided rockets for about a third of the cost and weight of similar systems out in the field today.

Defence IQ: What branch of the US armed forces bought into the APKWS first?

Casseres: The US Navy. They are the programme of record holder. It caught the Navy’s eye and got proliferated to all the other services.

Defence IQ: Are most US aircraft, F-18s for example, deploying with APKWS as opposed to unguided systems?

Casseres: Unfortunately, I can’t get into specifics about how our customers deploy APKWS rockets on specific platforms, but it all depends on the mission. What I can tell you is we’re delivering between 15,000 and 17,000 systems a year. We’re ramping up to over 20,000 a year, so it is being widely utilised.

Thinking about bringing defence services in-house?
What defence organisations should consider when insourcing