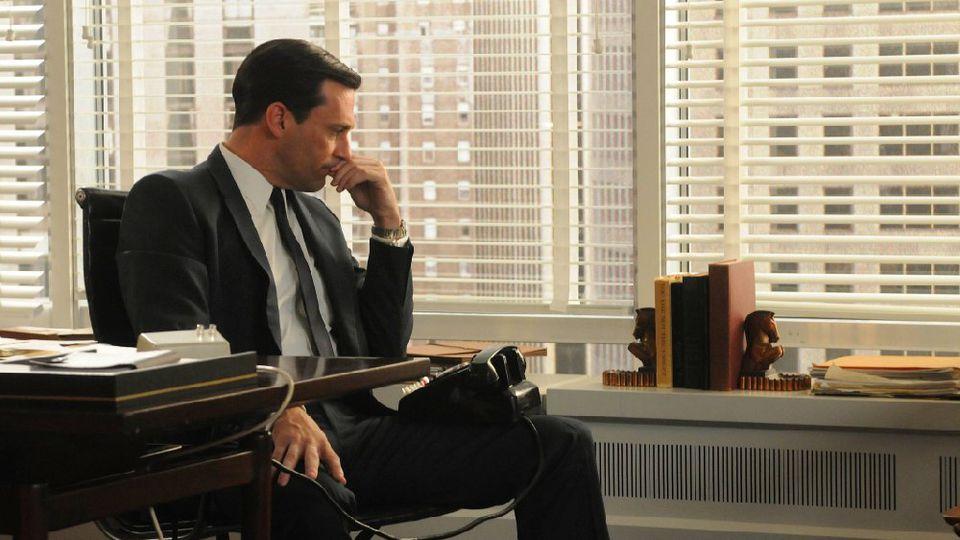 I’m still not sure I believe in God, but what I do believe is encapsulated by a verse from Proverbs (12:20): “Deceit is in the hearts of those who plot evil, but those who promote peace have joy.”

These words have provided me with a fairly clear steer for my own life and remain a useful guide to help focus the development of my two strategic communications companies. And the reason I find it useful to keep referring back to this verse, is exactly because I now understand the true power and responsibility of words.

This industry – strategic communications – is gradually cracking the language code, and my companies are part of this process. Contrary to what Mad Men may tell you, influencing an audience’s behaviour isn’t simply a matter of having a great idea, fuelled by decent Scotch. Increasingly, egos are being replaced by science.

We are collectively understanding the precise ‘verbal engineering’ that is necessary to effect planned and measurable behaviour change in any audience. The science of empathy and persuasion. Informed by applied psychology and advanced lexical analysis algorithms, we are now able to start our sentences with, “assessed based on the evidence”, rather than, “I think” or, “I believe”. The difference is everything.

By deeply understanding the way that language, context and cognition influence an audience’s behaviour - as well as identifying their trusted sources and sharing characteristics - we are able to more effectively ‘pattern match’ messaging to that individual or group.

These techniques can significantly increase the efficacy of a messaging campaign and reduce its overall costs (efficiency, as distinct from efficacy). Our industry’s services, previously the role of governments, are now on the open market; available to bad people as well as good. Depending on your point of view, the fact that both President Putin and President Trump have been using science of persuasion companies, rather than traditional marketing agencies, may prove that these techniques already are available to bad people.

However, our increasingly powerful capabilities should come with awesome responsibilities – especially given the dearth of any official industry regulation. And it certainly nauseates me to see several UK stratcomms firms representing many of the most despicable individuals and governments (within the Middle East, Africa, Far East, etc.) without even a cursory glance at their own moral compasses. For obvious legal reasons, I can’t elaborate on this matter. Suffice to say, I do not believe that making money should necessarily require selling one’s soul.

So, given this context, where are we going as an industry?

As the science of audience analysis becomes more robust, does this mean that the audience’s autonomy will be reduced by a corresponding degree? Well, yes, that is most likely the case. Does this mean that even when an audience realises they are being predicted and influenced, and chooses to ‘reject’ the messaging, they are still behaving in a predictable way that can be factored into the overall campaigning? Yes, true again. And is the inevitable consequence of this that future campaigns – whether in the context of elections, advertising, government information messaging or military hearts and minds operations – are more likely to utilise stimulus / response triggers that can influence our ‘free choice’ to such an extent that it’s arguably no longer free? Again, yes.

And how do I feel about that? As uneasy as Robert Oppenheimer felt about the atom bomb, although also undimmed in my wish to continue to crack the language / behaviour code for the positive effects it delivers, in the right hands. In the interests of peacekeeping, with language that facilitates dialogue over division. For social change on a mass scale, such as handwashing for the prevention of infection. Safe sex education, counter extremism messaging, improved negotiation, mediation and counselling techniques, etc. The positive effects of verbal engineering can be truly remarkable.

So, how do we ensure that the emerging stratcomms capabilities – the scientific parameters of persuasion – are used with a degree of social responsibility?

The first answer: education. This is something that the audience itself can do to mitigate against the risk of being predictable to a fault. Just by taking time to learn more about the techniques that are being developed, the audience is better placed to recognise what is happening, and then respond accordingly – knowledge truly is power. It is for this purpose that I have just written the book, Verbalisation: the power of words to drive change, which will be published in the new few weeks. It lays bare the methods that are at the cutting-edge of verbal engineering, to ensure that the audience and marketing professionals are on the same page, quite literally.

The intention is, yes, to help those who want to increase the efficacy of their messaging for commercial, political or peacekeeping purposes, but also those who wish to recognise when they are being messaged to. If the industry is breaking new ground in the area of influence, it is only right – morally – to ensure that the target audience is kept abreast of all the latest advances.

The second industry safety valve must surely take the form of proper regulation. But there is an inherent problem here, of course, because many of the governments who have been brought to power by stratcomms firms, are very unlikely to then agree to introduce regulation that in any way undermines their demonstrable political advantage. As long as they are making the rules, they are unlikely to be reframe themselves as breaking the rules. Independent regulation of the industry – an ethics committee coupled with trade sanctions in relation to certain questionable authoritarian states – must surely be timely? Similarly, I would certainly advocate a greater degree of commercial transparency: to name companies who are offering these services to dubious clients by using cut-outs and alternative trading names in different geographies.

Thirdly, I’d suggest much more discussion by the industry, and industry-specific media, in relation to current methodologies, as well as the future development of the industry as a whole. With a history that touches upon peacekeeping and politics, it is perhaps not unexpected for the commercial sector, and the public at large, to feel wary of the stratcomms community. This ‘shady’ reputation is exacerbated by some within the industry who like the associated glamour… but it does no good for any of us in the long run.

I certainly hope and advocate that we engage with the media much more constructively, so that the general public can feel reassured that strategic communications is a responsible addition to the wider marketing industry. That the genuinely ground-breaking tools and techniques can provide commercial advantage to any brand, and have a real positive impact to charities, NGOs, etc. However, this will require grown-up conversation on all sides of the debate – and not a day too soon.

It feels very much that this is the time for the stratcomms industry to start getting its own house in order. To prevent the few bad apples from ruining this emerging sector just as it is really starting to achieve its commercial potential.

There is such a strong future for stratcomms as a growth industry within the UK. Promoting ‘hearts and minds’ solutions for some of the most challenging private and public sector briefs. Going where traditional marketing fears to tread. However, unless we ensure that we hold ourselves to account - and ensure that we collectively “promote peace” rather than “plot evil” – then we run the very serious risk of amplifying some very dangerous influences around the world, simply because their proponents were prepared to pay the most.

Sven Hughes is the founder of Global Influence – a strategic communications firm that provides influence solutions for complex, challenging and high-stakes environments.