Will UAVs be game changers in future peacekeeping? 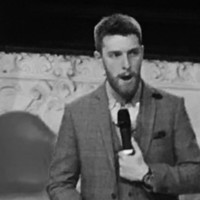 With the conflict in The Democratic Republic of the Congo nearing 10 years of almost non-stop fighting, and with political relations between the government and rebel groups - and more recently Rwanda - at a stalemate, focus has shifted to the UN peacekeeping force, MONUSCO, in a search for solutions to the ever-worsening humanitarian situation.

It is estimated that a little over one million civilians live in the area surrounding Goma and Sake, and along the road that connects them. Included in this estimate is the Mugunga Internally Displaced Persons camp, which at present is home to nearly 70,000 people.

As a result of the repeated attacks by rebel groups, the most recent of which came on 14 July, the UN Security Council made an unprecedented move to give MONUSCO an updated mandate, which allows for offensive operations.

The U.N. also authorised an "Intervention Brigade" and gave it the 'responsibility of neutralising armed groups and the objective of contributing to reducing the threat posed by armed groups to state authority and civilian security in eastern DRC and to make space for stabilisation activities.'

Shortly afterwards a Security Zone was created around Goma, the pimary target in many of these rebel attacks. The question the peacekeeping commanders were pondering was how to police this zone and others like it, with too few boots on the ground and in terrain that is largely impassable to armoured vehicles. This issue is further compounded by the erratic weather patterns that render rotary wing support almost entirely useless for much of the year in the eastern districts of DR Congo.

More commonly associated with the assassination of suspected insurgents and the war on terror than providing help for humanitarian causes, drones could prove to be an incredibly valuable asset in the blue helmet’s arsenal - especially when it comes down to tracking a well-camouflaged group of rebels through the African bush.

This is why last week, the U.N. announced it had ordered its first ever UAVs from Selex ES, a subsidiary of the Italian giant Finmeccanica. They will be delivered in coming weeks and will be deployed, at least initially, to monitor the MONUSCO Security Zone in Goma.

According to U.N. spokesperson Martin Nesirky, the drone to be deployed is the Falco Tactical Unmanned Aerial Vehicle; a joint venture between UAV designers Selex Galileo, and its manufacturers, Pakistan Aeronautical Complex.

Having been largely used by the Pakistan Air Force for surveillance operations in the Afghanistan and Indian border regions, this is the first time it will deployed to Africa, and under the control of a civilian organisation.

The Falco Tactical UAV system has been designed to perform missions such as target detection, localisation, identification and designation through its on-board sensor suite. It also captures information about enemy battlefields and transfers it to commanders at ground stations.

Falco is equipped with near-real-time target image processing, mission preplanning, retasking, mission simulation and autonomous navigational systems - together with a payload of 70kg and an endurance of up-to 14 hours.

Banking on the anticipated success of this deployment, U.N. military units are drawing up plans for it’s use in South Sudan and Ivory Coast - something that could change the tide of what are presently very difficult missions.

Aside from talks of future deployments in Africa, I suspect there are many commanders who will be keeping a keen eye on the Falcon’s performance in DR Congo, probably with a view to making a case for its inclusion in their missions.

Whatever the outcome, the underlying message here cannot be overlooked: this deployment represents a major and much-needed modernisation of peacekeeping tactics.

But there is another message, and however unintentional it may be, it is just as potent – by making this purchase the U.N. is taking an international lead in declaring that drones are not just weapons of war, but that they also serve as instruments of peace. Maybe before long UAVs will lose the 'drone' title altogether. Just maybe.