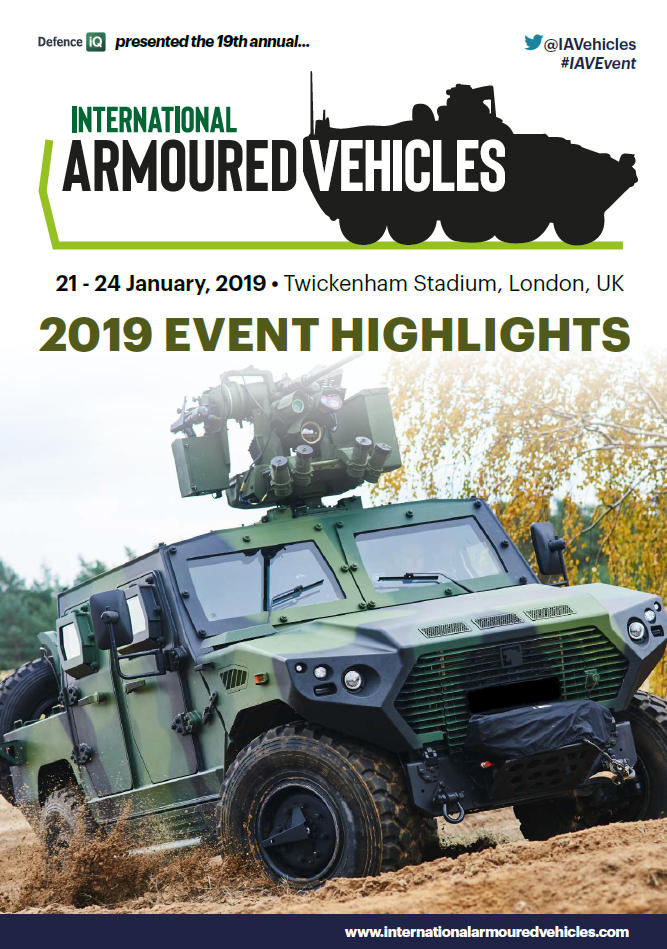 Last year, the 19th edition of the International Armoured Vehicle conference gathered more than 650 armoured vehicles professionals from more than 50 nations, including over 400 military leaders and 250 industry experts to discuss the key challenges surrounding armoured vehicles and to shape the capability of the future. Defence IQ compiled this report, outlining the main highlights from last year’s conference, a breakdown of attendees and an exclusive insight into key presentations that were given by both senior military speakers and industry leaders.

Download this report to learn more about the top sessions of the conference, such as:

General Sir Adrian Bradshaw will return as Chairman of International Armoured Vehicle 2020, where he will be joined once more by a panel of senior speakers.