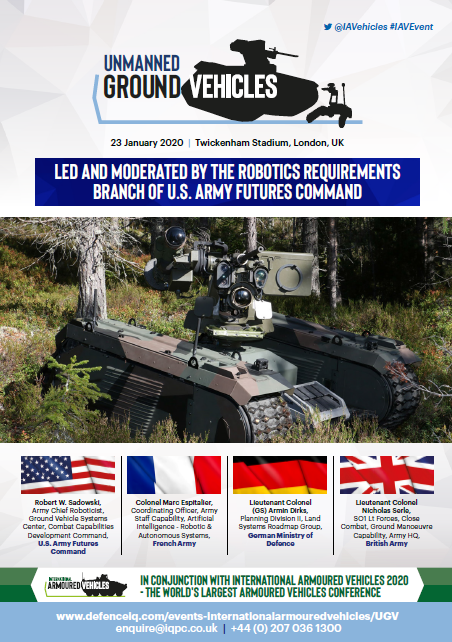 Led and moderated by the Robotics Requirements Branch of U.S. Army Futures Command, the Unmanned Ground Vehicles conference provides a dedicated platform to compliment discussions at International Armoured Vehicles and deep dive into the world of autonomous land systems. This is an important opportunity for both traditional and non-traditional defence industry partners to receive feedback, updates and initial requirements for robotics and autonomous systems efforts from across the alliance.To find out more and see the full agenda, fill out the form on the right >>

Download the full agenda by submitting the above form