How NATO responds to the new CBRN threats 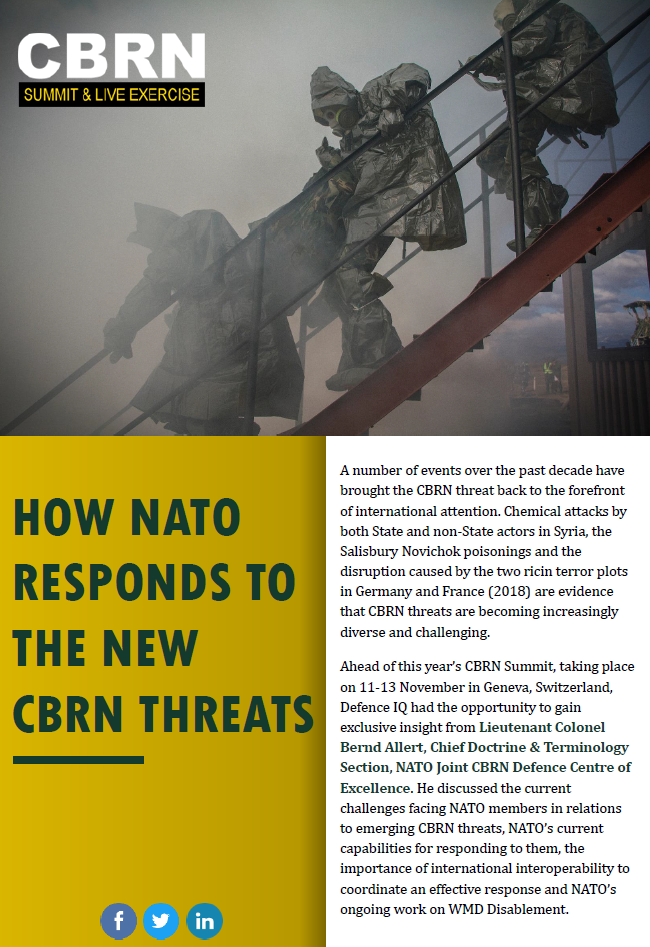 CBRN threats are back to the forefront of international attention, following chemical attacks by both State and non-State actors in Syria, the Salisbury Novichok poisonings and the disruption caused by the two ricin terror plots in Germany and France in 2018. Ahead of this year’s CBRN Summit, Defence IQ gained some exclusive insight from key speaker Lieutenant Colonel Bernd Allert, Chief Doctrine & Terminology Section, NATO Joint CBRN Defence Centre of Excellence.

Key benefits of downloading the interview:

Lieutenant Colonel Allert will be attending this year’s CBRN Summit and will discuss Weapons of Mass Destruction disablement. To view who will join him on the speaker panel, you can view the agenda here.