Indian vehicle manufacturer Tata Motors has supplied 585 military vehicles to a variety of African countries for use in the UN’s Multidimensional Integrated Stabilization Mission in Mali (MINUSMA). Meanwhile, US donations and sales have been targeted chiefly at strengthening nations fighting Islamist insurgencies.

Europe has revived its policy of collective defence and deterrence in the face of increased bellicosity by Russia. Eastern Europe, in particular, has seen a marked increase in defence spending, with many nations looking to modernise their mechanised units to improve mobility.

Despite the slowdown in military expenditure, demand for AFV's in Asia may well increase. Due to the typical terrain across much of the region and the asymmetric nature of modern conflicts, light armoured vehicles (LAV) and 8x8 APCs will be the key types of vehicles under contract in the Asian market, but precautionary border security measures and the need to appear prepared for conventional warfare should also stimulate demand for heavy armour.

The key highlight of the North American region is of course the United States Army’s $13.2 billion Next Generation Combat Vehicle programme, designed to transcend technological limits by integrating new software and electronics, artificial intelligence and defence systems into its armoured units.

Where the Latin American armoured vehicles market is concerned, demand for LAVs, APCs and MRAPs, has been relatively strong in the face of shrinking expenditure. The rise of guerrilla warfare and asymmetric conflict results in national governments increasing their military presence in the territory and consequently demanding more LAVs to support their operations, but with enhanced survivability. 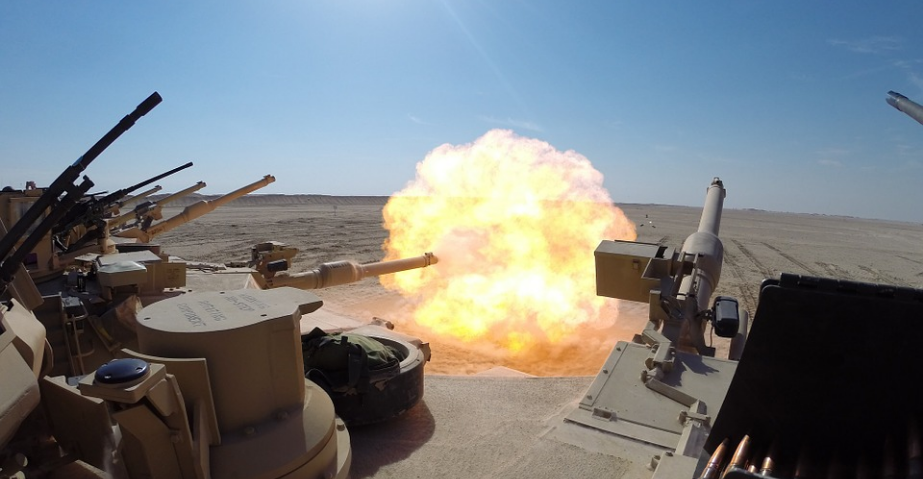 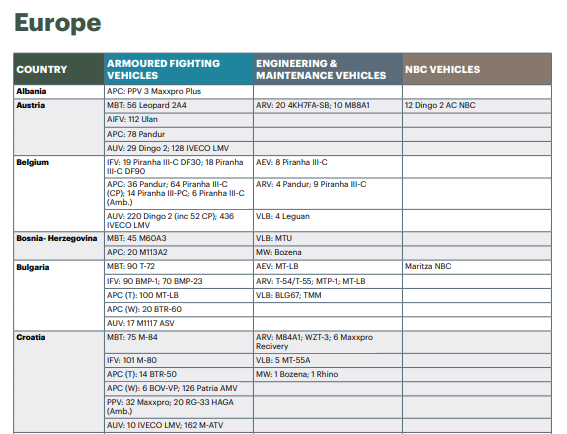 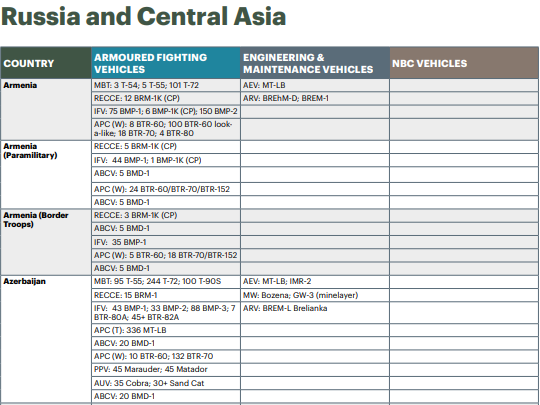 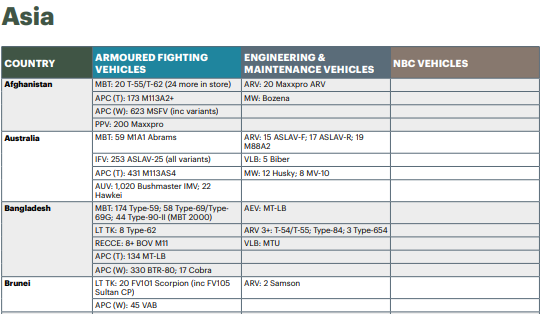 To view the full inventory and an in-depth analysis of each country, download the complete report here 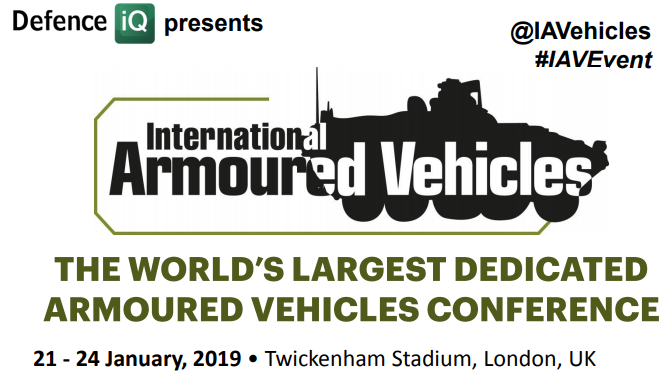 Return to Blog
We use cookies and similar technologies to recognize your visits and preferences, as well as to measure the effectiveness of campaigns and analyze traffic.
To learn more about cookies, including how to disable them, view our Cookie Policy