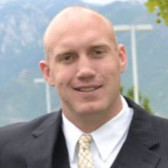 MAJ Cory Wallace commissioned as an Armor Second Lieutenant after graduating from the United States Military Academy in 2004. During the course of his Army career, he has had numerous operational assignments at Fort Hood, Texas and Fort Stewart, GA. After completing his most recent operational assignment as a Squadron Executive Officer in the 3rd U.S. Cavalry Regiment, MAJ Wallace assumed duties as the Robotic Combat Vehicle Requirements Develop for the Next Generation Combat Vehicle CFT in Warren, Michigan. Regarding his civilian education, MAJ Wallace earned a Master’s Degree in Literature from the University of Washington and a Master’s Degree in Supply Chain Management from the University of Kansas.

Check out the incredible speaker line-up to see who will be joining Cory.

Already revolutionising how we will fight future wars, autonomous platforms will be deployed for a myriad of operational environments and fighting contexts, and, as outlined in the U.S. Army’s Robotics and Autonomous Systems (RAS) Strategy, offer land forces a wealth of benefits: increased situational awareness, lighten physical and cognitive burdens, force sustainment and force protection.
More strikingly, the U.S. Army’s NGCV Optionally Manned Fighting Vehicle and the Robotic Combat Vehicle will provide it’s warfighters with the capability to engage in combat via remotely controlled autonomous systems – a huge evolution for the future of land warfare.
Today’s panel is a chance for emerging and established robotics experts in both military and industry to understand how this sector is developing, what military leadership is thinking, and the future of this transformative technology on the battlespace.

·          RCV/MET-D Experimental Prototype Schedule & Observations
·          The RCV (L) is a reconnaissance platform that can covertly infiltrate to a position and leverage its robust sensor package to establish situational awareness
·          The RCV (M) enables the commander to attrite and suppress a threat with unmanned vehicles prior to the first human contact, thus reducing risk
·          The RCV (H) aggressive maneuvers alongside its human counterpart and destroys all threat targets with its on-board weapon system