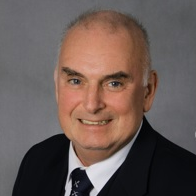 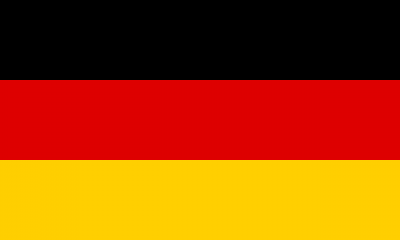 Carsten Jacobson was born in Hamburg, Germany, on 22nd June.1955.

Up to 1974, he lived in Hamburg, where he also completed his school education up to University qualification.

He joined the German Army in  the Armoured Corps (Panzertruppe) as a voluntary officer cadet on  01st  October 1974.

He was trained as an armoured officer and led on Platoon and Squadron  level until 1986.    In 1981 he received his regular commission.

He married the then British Lieutenant Sally Mc Bride in 1979. English became his second language, and his younger years where considerably influenced by the British Army and British Officers Mess life.   His wife served served with the British Army to the rank of Captain in Germany. She carries the double citizenship of Great Britain and Germany since 2018. The couple has two sons.

He participated in the German General Staff Training in Hamburg in 1986-1988.

1988 – 1990 he served as G3 Operations in the then I. German Corps, responsible to write the last General Defense Plan for the Corps, the plans for Corps structural re-organization and the initial orders for re-unification of the Divisions on both sides of the fence in Germanys North.

1990 – 1991 he participated in the British General Staff Training in Camberley, at the time of the first Gulf War.

1991-1993 he was Chief of Staff of 36 Armored Brigade in Germany, at a time of major re-organizations of the German Army.

1993 – 1995 he was Military Assistant to the German Vice Chief of the Defense Staff in MOD Bonn, at the time of beginning German participation in Out of Area operations and the move of Government to Berlin.

He commanded Panzerbataillon 33 from 1995 – 1997.   Following this, he was Military Assistant to the German Chief of Staff in HQ SFOR in Sarajewo.

1998 – 2001 he was ACOS G3 to the then II. German/US Corps in Ulm, deeply involved in the planning for Operations in the Kosovo.

On September 10th 2001 he started his tour as Military Attaché in Washington DC.   In this function, he represented the German Army in the US in times of two wars in Afghanistan and Iraq.

2007 – 2009 he commanded the British ACE Rapid Reaction Corps Enabling Command, responsible for the RSOM - I process of this High Readiness Corps.

2009 – 2011 he served as Chief of Staff of the German Field Army Command, at the time of the highest intensity of operations in Afghanistan.

2011 – 2012 he served as the NATO Spokesperson in Kabul, Afghanistan, under US Generals Petraeus and Allen.

2014 – 2015 he served again in Kabul, as Deputy Commander to US Generals Dunford and Campbell, at the change from Operation ISAF to Resolute Support.

In his last active function, he served as Commander Field Army and Vice Chief of the General Staff from 2015 – 2018.

Apart from the German Awards for Performance and Operations, he carries the NATO Meritorious Medal, twice the US Order Legion of Merit (Officer), the Afghan Baryal Medal, the Lithuanian Medal of Merit and the Dutch Ereteken voor Verdienste in Gold.

Lieutenant General (rtd) Carsten Jacobson is the President of the German Armored Association and Member of the Lions Club.

Check out the incredible speaker line-up to see who will be joining Lieutenant General (Retd.) Carsten.