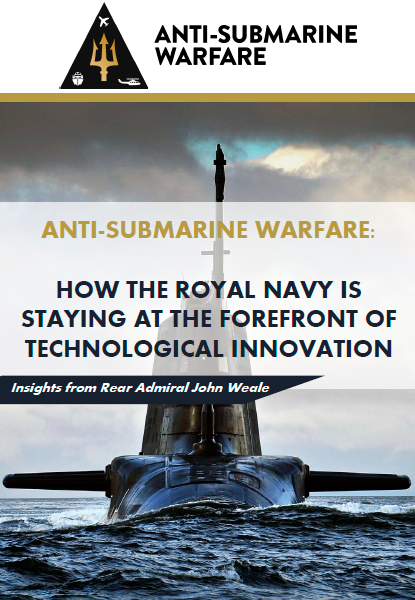 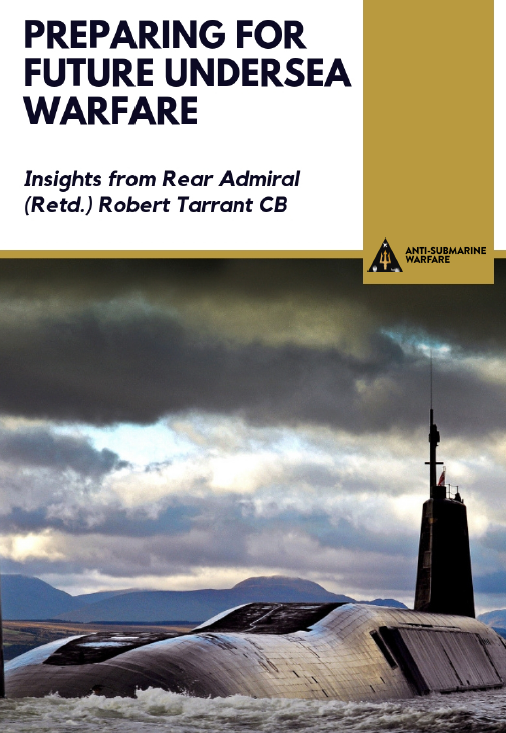 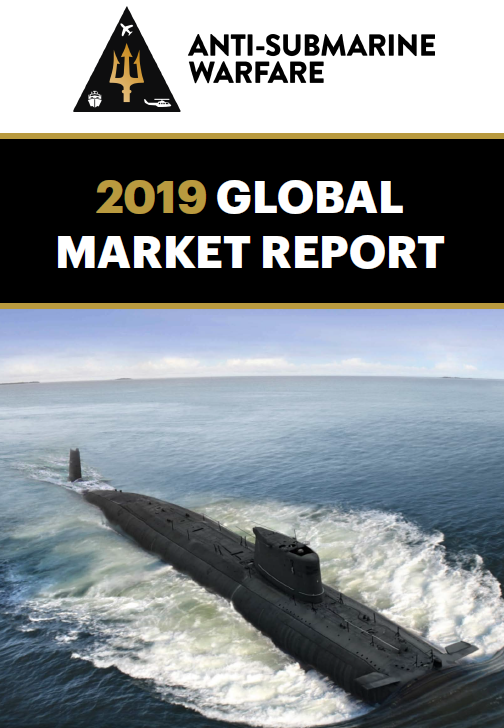 Ahead of this year’s Anti-Submarine Warfare conference, Defence IQ have compiled this exclusive market report detailing key ongoing programmes and requirements from nations from across the globe, a number of which will be present at this year’s event.

Don't like filling in forms? Email us at enquire@defenceiq.com and we'll send you a copy of the report.

With the threat of a return to symmetric warfare looming large, submarine operations -one of the defining military developments of the 1980s - has taken on a renewed emphasis.

In this Article Defense IQ identify and discuss 5 ways in which submarine warfare is evolving to fit the 21st century battlespace.

Often cited as the “first line of attack and the last line of defence," submarines are playing a pivotal role in intelligence gathering, maritime surveillance and reconnaissance, and the patrolling and securing of borders and nation-critical trade routes.

In 2016, the global submarine market was worth an estimated $23 billion.

That is expected to hit $36 billion by 2026, due to an increased focus on submersible operations and the need to overhaul and replace ageing submarines that are passing into obsolescence. Submarine warfare has changed markedly since the Akula and Los Angeles-class boats of the 1980s played hide-and-seek beneath the waves.

As technology hurtles ever forward - and Moore’s Law suggests that this will be an exponential trend - the heyday of submarine development is looking increasingly dated. In this analysis, we look at five ways in which submarine warfare is evolving to fit the 21st century battlespace...

To continue reading, fill in the form on the right >> 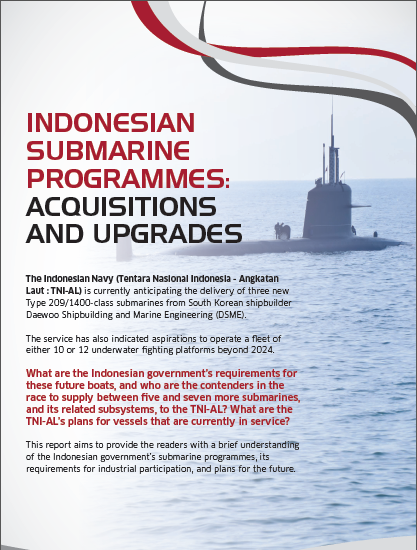 The service has also indicated aspirations to operate a fleet of either 10 or 12 underwater fighting platforms beyond 2024.

What are the Indonesian government’s requirements for these future boats, and who are the contenders in the race to supply between five and seven more submarines, and its related subsystems, to the TNI-AL? What are the TNI-AL’s plans for vessels that are currently in service?

This report aims to provide readers with a brief understanding of the Indonesian government’s submarine programmes, its requirements for industrial participation, and plans for the future.