The most important gathering of maritime security officers in Indonesia is back! 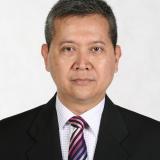 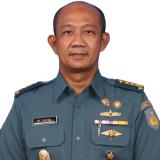 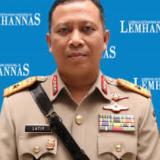 Maritime Security and Coastal Surveillance Indonesia is back for the second year after the resounding success of the inaugural event last year. This year’s event will be bigger with participation from more relevant officers from the various asset-owning maritime security government agencies in Indonesia.

It will be a congregation of senior and newly appointed officers, and also regional maritime security experts, all of whom are keen to understand the various defence systems available in the market and also to share their defence and operational requirements.

Why you need to attend this event:

UPDATE ON INDONESIA’S MINIMUM ESSENTIAL FORCE BLUEPRINT:Get the latest updates on Indonesia’s plans to modernise its defence forces and find out the latest procurement strategy for the various government agencies.

CONFIRMED PARTICIPATION FROM LOCAL DEFENCE INTEGRATORS AND PRIVATE MANUFACTURERS:Understand Indonesia’s procurement process from the viewpoint of local defence integrators PT PAL Indonesia and PT Digantara Indonesia and find out how best to penetrate the market through local partnerships

ONE PLACE TO MEET THE VARIOUS ASSET-HOLDING MARITIME SECURITY AGENCIES:This is the only conference that brings in senior operational staff from the Navy, Air Force, Bakamla, KPLP, Basarnas, Marine Police, and Ministry of Maritime Affairs and Fisheries

GET LOCALISED AND SPECIFIC MARKET AND PROCUREMENT INTELLIGENCE:Listen and learn from more than 4 defence consultants including IHS Janes and RSIS as they share specific intelligence on Indonesia’s military strategies and procurement plans