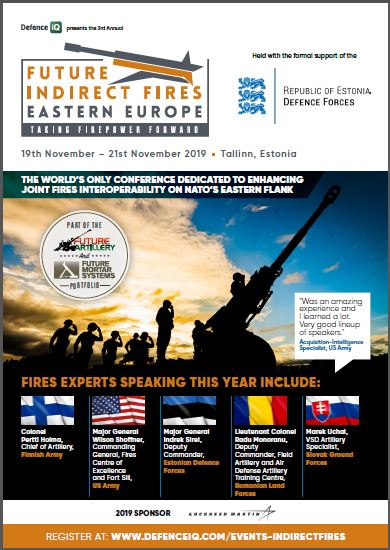 Future Indirect Fires Eastern Europe is returning for its third year, this time with the official support of the Estonian Defence Forces.

Download a copy of the Agenda on the right >>

Taking place in Tallinn, Estonia from 19-21st November, this latest offering for the international Fires industry gives an opportunity to develop discussions on peer conflict, maintaining high fires readiness and interoperability through the lens of this unique strategic area; as well as create meaningful discussion between senior military decision makers and industry experts in order to improve relationships and build new connections.

Fill in the form below to receive your copy of the Agenda.

Alternatively, email enquire@defenceiq.com and we'll send you a copy!