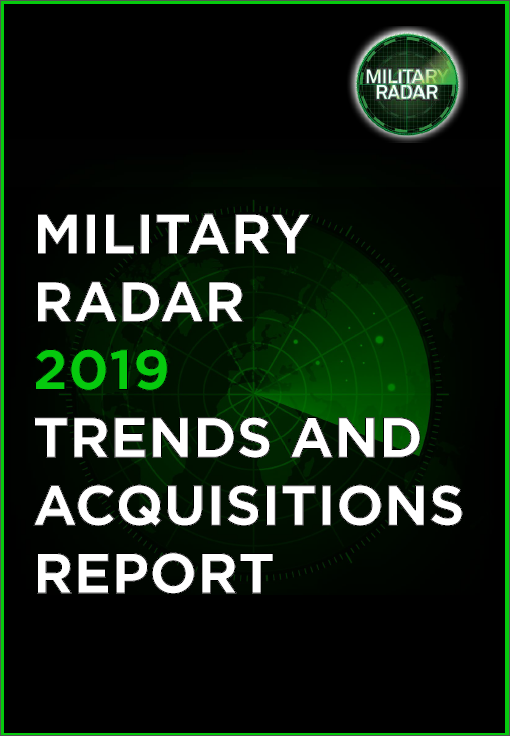 The military radar space is dynamic, with nations from across the globe investing in the technology to meet threats present in their region. Ahead of this year’s Military Radar conference, Defence IQ have compiled this 2019 Trends & Acquisitions Report, to provide a comprehensive view of current investments and developments from solution providers in the military radar space.

Download this report to find out more about developments in airborne, naval and ground-based radars, such as:

Get a taste of the report below:

Deliveries and orders of naval surveillance and fire control radar have continued apace over the last twelve months (2017-2018), spurred on by new vessel acquisitions and upgrades, and continuing threats. The majority of the year’s significant deliveries have occurred in the naval surveillance radar sector, although there was also notable activity in naval fire control radar (FCR). Notably, India took delivery of the last of four IAI EL/M2221 STGR X-/Ka-band FCRs for the Navy’s KAMKORTA-class corvettes. Three ships remain to be delivered to Egypt, with orders for the same number of STING-EO Mk.2 systems expected in the next five years. Turkey also received a single STING-EO Mk.2 radar in 2017 to equip one of the ADA-class frigates, quite possibly the KINALIADA, launched in July 2017 and expected to commission in 2019.

Away from North America, Hensoldt received orders for four TRS-4D C-band naval surveillance radars to equip the Multimission Surface Combatant frigates which were ordered by…

To receive a copy of the report directly in your inbox, please email us at enquire@iqpc.co.uk