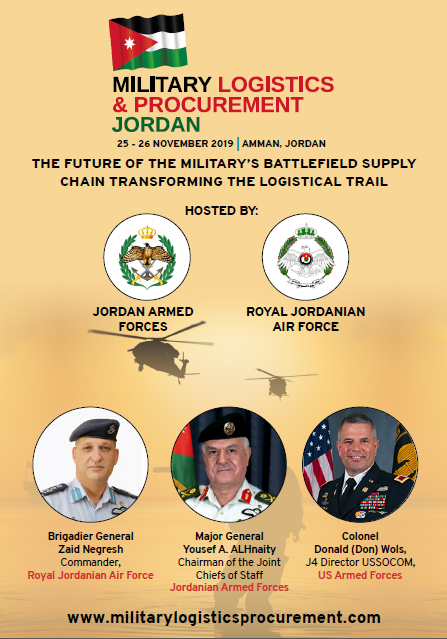 For the 4th edition of the Military Logistics & Procurement Conference (25-26 November 2019, Amman, Jordan), we are moving to Amman, Jordan, for the first time in light of the recently-announced $145 million-worth upgrades to be undertaken at the Muwaffaq Salti Air Base and the logistics function that needs to support them alongside its future operation.

Some of the early confirmed speakers include: