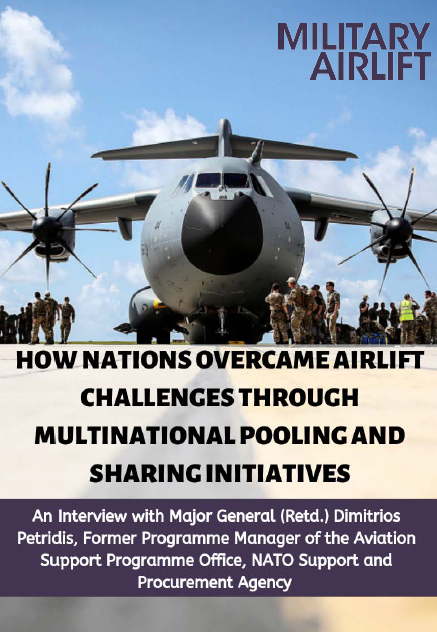 Get a preview of the interview here:

“The message here is that the implementation of high-level targets such as the Strategic Airlift Capability can be achieved only by a strong commitment to a multinational cooperation by the various Nations, regardless of the avenue to be chosen (C-17 or A-400M), which is directly related to other very important parameters such as Budget, Timing or support of the local Industry. In either case, consensus is of paramount importance to materialise these high level-targets which in the current case produced successful results for the International Community by both avenues pursued, making thus possible to bridge the gap of the SAC deficit in Europe within the first decade of the 21st century.”