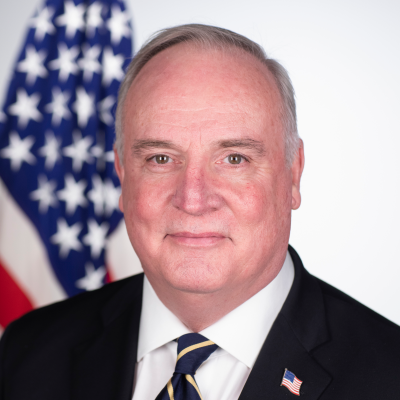 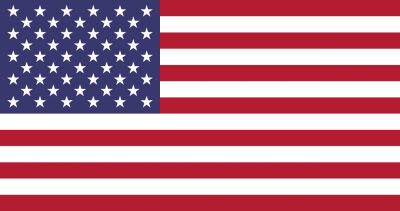 Rear Admiral Garry Hall, received a political appointment to serve as a Senior Director on the NSC and Special Assistant to the President for National Security Affairs.  On the NSC he was responsible for Human Rights, Humanitarian Assistance, Immigration and Migration, Atrocity Prevention, United Nations Operations, Democracies, and Fragile States. In support of these portfolios, he led a team of career professionals dedicated to each of these functional areas.

A graduate of the United States Naval Academy he served 35 years on active duty. A naval aviator, he flew anti-submarine warfare helicopters and commanded two squadrons. Additionally, he commanded the capitol ship USS Tarawa LHA 1, which had a compliment of 1000 Sailors, 2000 Marines, 32 aircraft and 3 landing craft.  As a Flag Officer he served as General Tommy Franks Information Operations Officer at the beginning of Operation Iraqi Freedom, served with NATO in the United Kingdom, commanded an Expeditionary Strike Group deployed to the Middle East, and led a Senior Service college at National Defense University.

Admiral Hall holds a B.S. in Marine Engineering from the U.S. Naval Academy, an MBA from Southern Illinois University at Edwardsville, and is a graduate of National Defense University’s Capstone Course.

5:30 PM CLOSING REMARKS AND CLOSE OF DAY ONE

8:45 AM OPENING REMARKS FROM THE CONFERENCE CHAIRMAN

10:10 AM SENIOR LEADERS Q&A: HOW WILL THE ISR ENTERPRISE ADAPT TO SUPPORT NATO’S GLOBAL MARITIME SECURITY?

12:50 PM INDUSTRY LEADERS PANEL: HOW DO WE DEFINE THE JOINT REQUIREMENT FOR ISR, AND WHERE ARE THE OPPORTUNITIES FOR PARTNERSHIP?

Delivering integration as a designed-for concept for future ISR forces requires partnerships across industry.
Systems integrators are uniquely placed to develop those partnerships, and must demonstrate, both to
their defence customers and their industry colleagues, a vision for a truly multi-domain ISR project. This
panel will invite those integrators to address questions including:

Check out the incredible speaker line-up to see who will be joining Rear Admiral Garry E..