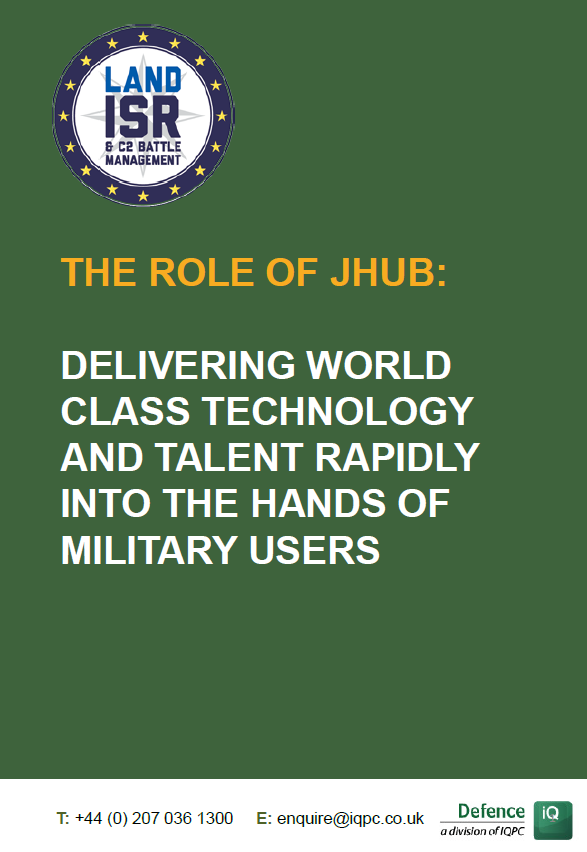 The role of jHub: Delivering world class technology and talent rapidly into the hands of military users

In this exclusive interview conducted ahead of this year’s Land ISR & C2 Battle Management, Adrian Holt, Innovation Scout at jHub and speaker at the event discusses the need to accelerate the defence acquitision process in order to enable militaries to maintain a capability advantage over potential adversaries. Download this exclusive interview to hear more from Adrian about: 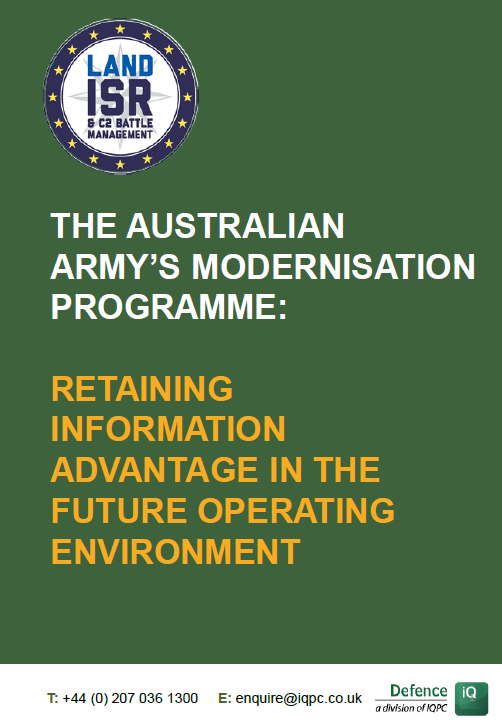 One focus of the Australian Army’s massive modernisation programme is to leverage emerging technologies and disruptive innovations to enhance ISR capabilities across the joint force. Download this interview with Brigadier Ian Langford, Director General Future Land Warfare of the Australian Army and speaker at this year’s Land ISR & C2 Battle Management conference to learn more about: 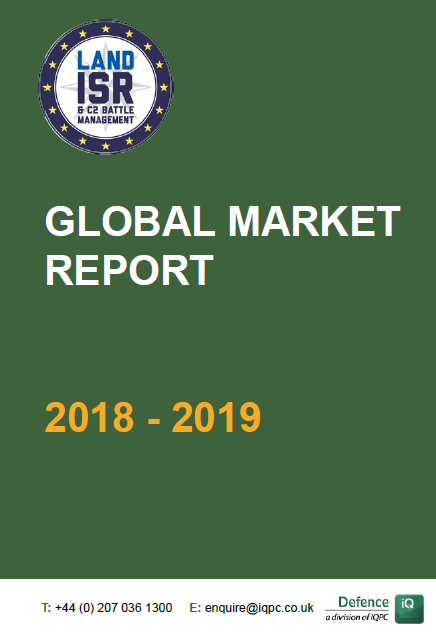 This market report provides a comprehensive view of current programmes and future requirements of land-based ISR capabilities on the global scale. Download the report to find out more about nations that will be present at the conference and many more, such as: 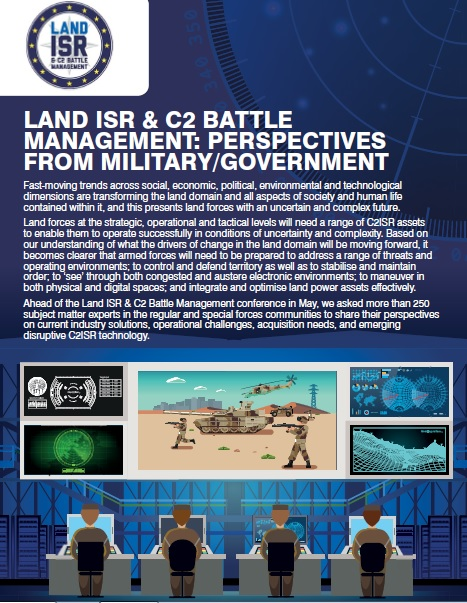 The fast-moving environment in which land forces operate presents them with an uncertain and complex future and C2ISR assets will need to adapt to enable successful operations.

In this exclusive infographic, more than 250 subject matter experts in the regular and special forces communities share their perspectives on the industry solutions currently available on the market, their operational challenges they face, what requirements they have and what they see as emerging disruptive C2ISR technology. 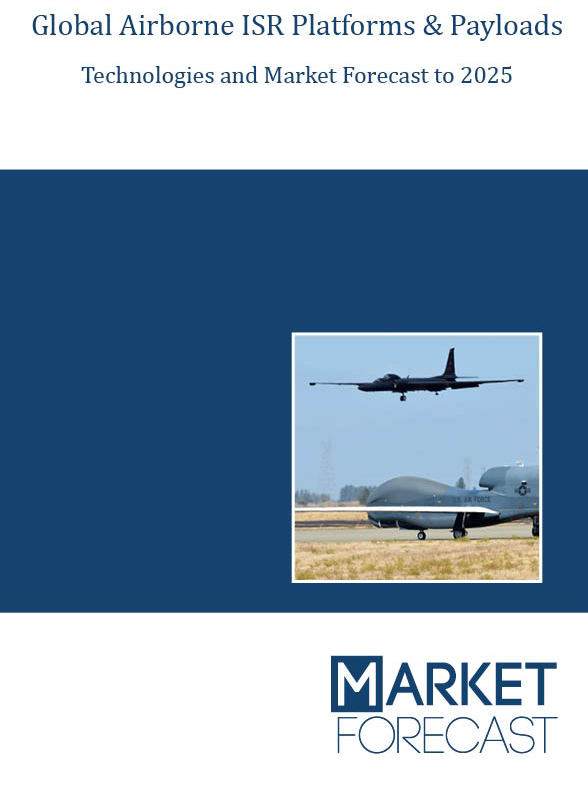 This Market Forecast intelligence report covers the Airborne ISR Platforms & Payloads market; who demands those capabilities; who is developing technologies to meet that demand; which technologies are most promising and which are not; and which buyers will favour which capabilities. The forecast covers the entire period to 2025 but also displays the... 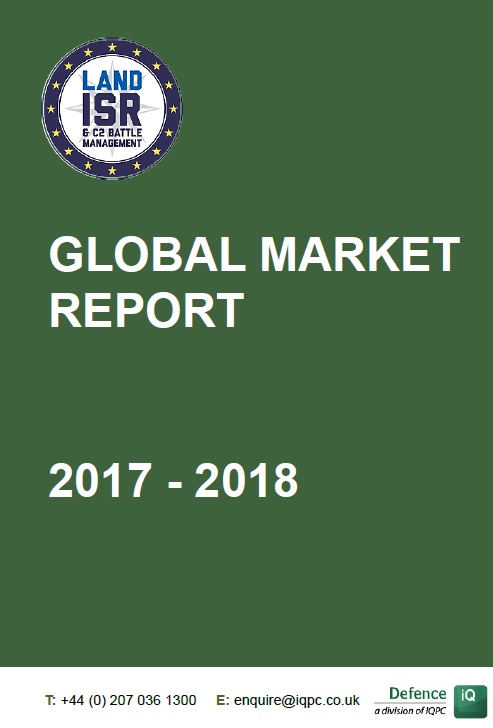 Today's threats to the military is posed by both non-state and near-peer actors, coupled with the emergence of 'multi-domain' concepts of operation. Nations need to adapt their ISR strategy to mitigate risks created by an ever-changing land domain.

Ahead of the inaugural Land ISR, Defence IQ put together this complimentary market report with key programmes and requirements for countries from all over the world, a few of which will attend the conference: the U.K., the U.S., Colombia, Poland, Croatia, Thailand and many more. 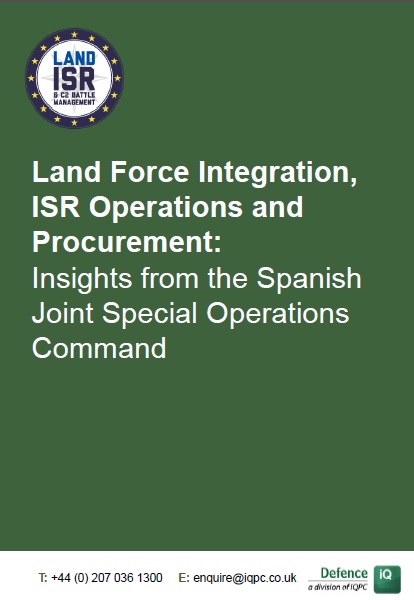 Special Operations Forces are highly effective on their own, but integrating them into wider conventional land force operations, particularly in the context of ISR and battle management, remains a challenge. 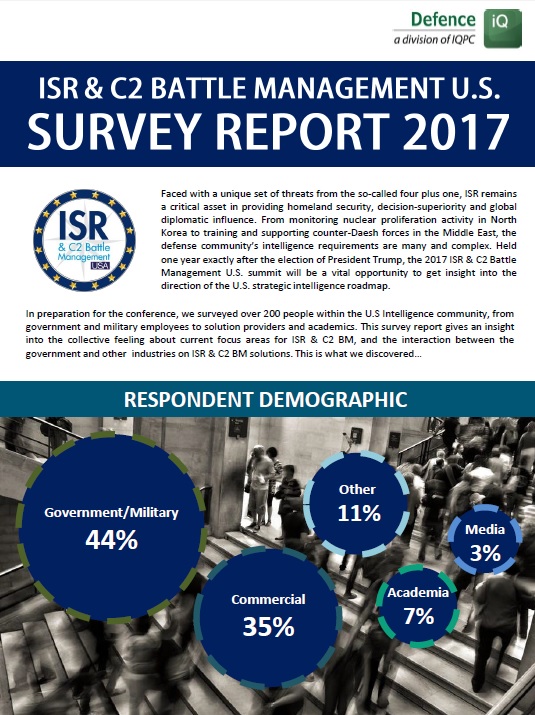 Defence IQ surveyed over 200 people within the Intelligence community, from government and military employees to solution providers and academics. This survey report gives an insight into the collective feeling about current focus areas for ISR & C2 BM, and the interaction between the government and other industries on ISR & C2 BM solutions.