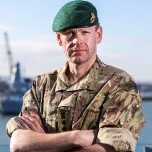 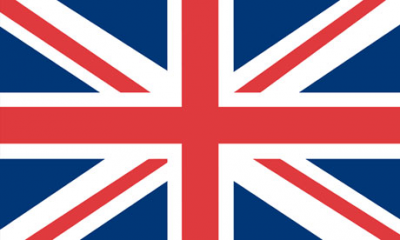 Dan joined the Royal Marines in 1996, initially serving as a Rifle Troop Commander in 40 Commando which included deployment on operations in the Congo. He then trained as a Regimental Signals Officer and served with Commando Logistic Regiment Royal Marines conducting desert training in Oman and operations in Kosovo.

In 2001, he was selected as Aide-de-Camp to the Commandant General Royal Marines/COMUKAMPHIBFOR during a hectic period which saw the General's Staff based twice in Bahrain alongside the US Navy's 5th Fleet and the deployment of the Royal Marines to both Afghanistan on Op JACANA and Iraq on Op TELIC. As an Acting Major he commanded SBS Signals Squadron. On promotion he attended Intermediate Command and Staff College (Land) before moving to the Permanent Joint Headquarters (PJHQ) as the Afghanistan Intelligence Team Leader.

Returning to 40 Commando he commanded Bravo Company in Sangin, Helmand Province, Afghanistan on Op HERRICK 7 for which he was appointed MBE. Following a period as OC Command Company, he moved to the Ministry of Defence as a Counter Terrorism Desk Office.

Selected for promotion to Lieutenant Colonel in 2009, he attended the Advanced Command and Staff College before assignment to FLEET Operational Policy as the Royal Navy's liaison officer to PJHQ and lead planner during the Arab Spring. In 2012, he was selected as Chief of Staff Headquarters 3 Commando Brigade Royal Marines as the formation reorientated from Afghanistan to readiness for contingency operations. This period included amphibious deployments to the Mediterranean and Gulf.

In 2013, he assumed command of 45 Commando Group during which period the Unit were first the Standing Tasks Commando, then Force Generated across the world, including in California, Norway and Belize, to assume responsibility as the UK’s Lead Commando 2015. On promotion to Colonel Royal Marines, he was assigned as DACOS Information Warfare Development in Navy Command Headquarters with responsibility for future Maritime C4, IX, ISR, EW, Cyber, Artificial Intelligence and Unmanned Drones.

Dan is married to Jo, an Executive Coach, they have two very energetic children (3 and 0), and when not learning how to be a Dad, the Ducati, ski mountaineering, kitesurfing, mountain marathons and kayaking are next on the list.

Check out the incredible speaker line-up to see who will be joining Dan.