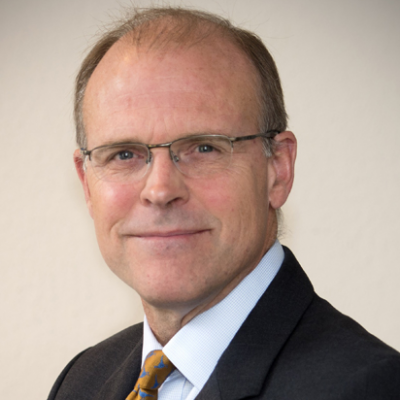 Duncan served as Director General Joint Force Development until 2018, responsible for ensuring the single Services can integrate on operations both with other Government Departments and internationally. This included articulating trends out to 30 years and providing individual through-career education and collective training to meet contemporary challenges. Previously he led capability development for the Royal Navy and has commanded at 1 & 2* level for NATO, EU and US led coalition operations.

Duncan served as a Royal Navy officer for 39 years. Originally a surface warfare anti-submarine officer, he commanded 3 major warships on operations, principally in the Middle East. He commanded the US led Coalition Task Group in the Northern Gulf as a Commodore and as a Rear Admiral led NATO’s High Readiness Force (Maritime) and commanded the European Union’s counter-piracy operation in the Indian Ocean at the height of the scourge of piracy. On his watch piracy was defeated. Also, as a Rear Admiral he was head of capability for the Royal Navy, Chief of Staff overseeing HQ reorganization, was an executive director on the Navy Board and was head of the surface ship fighting arm. More widely he has worked in the Ministry of Defence in resource programming and capability planning and as Military Assistant to the Vice Chief of Defence Staff. He has a strong background in Joint operations, notably as the 1* head of planning at the UK’s National Joint Operational HQ (PJHQ) and on the Joint Forces Command Board as Director General Joint Force Development and Director General of the Defence Academy of the UK. He is a graduate of The City University (Systems and Management), a fellow of The Windsor Leadership Trust and a Younger Brother of Trinity House.

Check out the incredible speaker line-up to see who will be joining Vice Admiral Duncan.