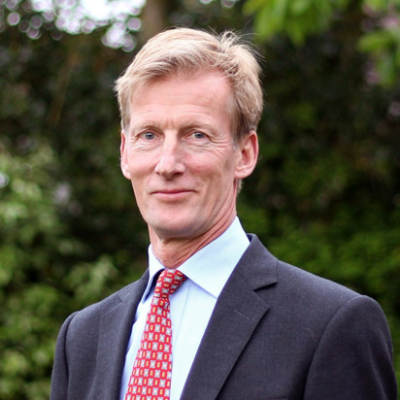 Mark has extensive operational experience as both a planner and field logistician. Most recently serving as the Deputy Chief of the Defence Staff leading the UK MOD’s strategic Balance of Investment and force design teams. Overseeing a budget of £38 billion, he was responsible for the coherence of the UK’s defence portfolio including the most sensitive strategic capability programmes. Previously, he was the Deputy to the Head of the British Army and led the Royal Logistic Corps.

Sir Mark’s service over 34 years has included tours in both heavy armoured and light forces, including operational roles with 1 (UK) Armoured Division and 16 Air Assault Brigade. He has seen active service on operations during the first Gulf War, UN operations in the Balkans, and operations in Afghanistan and Iraq. He has commanded on operations at every level up to and including brigade level. His staff appointments have included specialist assignments in planning the introduction of the UK’s attack helicopter, logistics, force design, finance and strategic planning. The latter part of his military career was dominated by senior appointments including two years as the principal aide the UK Chief of the Defence Staff, the Chief of Staff of the Army HQ and the Assistant Chief of the Defence Staff in the MOD responsible for Resources and Plans across the three Services. He was awarded his 3rd star in 2014 and appointed as the commander of the Army’s Force Development and Training organisation. He went on to be the Deputy Chief of the General Staff before his last appointment as the Deputy Chief of the Defence Staff responsible for the delivery of coherent tri-service capability plans and strategic balance of investment. He was personally responsible for the delivery of many of the most strategic Defence programmes such as the international capability dialogues, national shipbuilding and combat air strategies and the introduction of the UK’s aircraft carriers and the UK F35 programme. In his last appointment, he acted as the National Armaments Director and sat on the MOD executive committee, People and Infrastructure Boards and the main board for the Defence Equipment and Support organisation.

He was knighted in 2018 and retired from the Army in April 2019. He remains connected to the military in an honoury appointment as the Master General Logistics and is a trustee of the Blind Veterans charity.

Check out the incredible speaker line-up to see who will be joining Lieutenant General Sir Mark William.