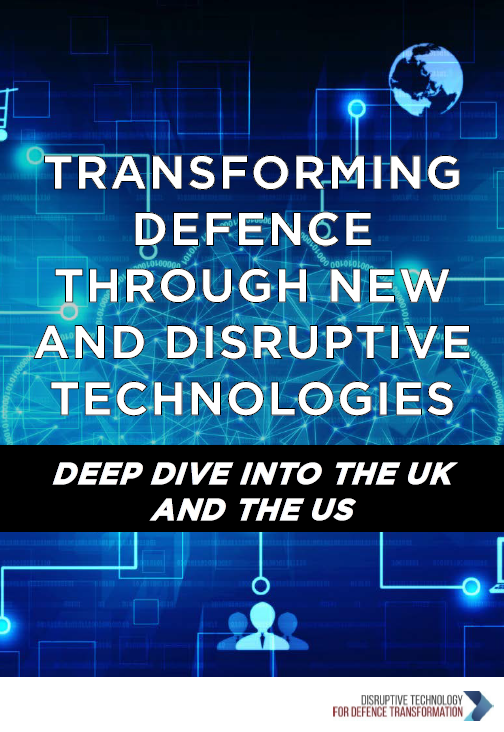 This exclusive article dives into the strategies of the UK and the US to leverage disruptive technologies and retain a tactical edge against potential adversaries. Created ahead of this year’s Disruptive Technology for Defence Transformation, it looks at how both countries are leveraging new technologies to retain a competitive advantage against potential adversaries in future conflicts.

While the UK defence will receive an additional £1.8 billion investment, the Modernising Defence Programme report, released in December 2018, sets out three broads aims:

- To change the way the MoD does business and runs defence

United States: Head in the cloud

The US on the other hand is focusing on cloud computing and its utilisation of big data and AI as laid out in its Cloud Strategy, as it is seen as a transformative technology and a crucial component of the DoD’s future global infrastructure. It is in this effort that the DoD is looking for an extensible and secure cloud environment that will replace today’s disjointed and stove-piped information systems.

Get a preview of the article below

The release of the MDP coincided with the launch of the new Defence Transformation Fund (DTF), with £160 million budget earmarked for its first year, and likely to increase in the future. In March 2019, it was announced that £66 million of the fund had been committed to…

In recent years, US defence priorities have shifted focus to concentrate on long-term, strategic competition between nations including “near-peer” competitors. These, as the 2018 US National Defense Strategy (NDS) lays out, are what the US considers…