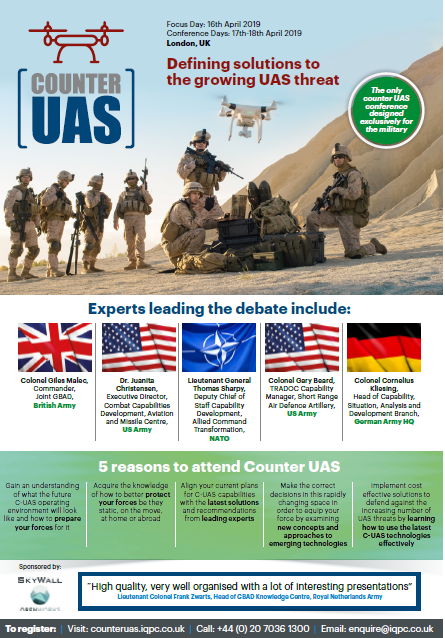 The only counter UAS conference designed exclusively for the military.

The need for C-UAS systems for force and base protection is clear and being actively pursued. However there are some significant barriers faced by procurement officials who fear making costly mistakes as they acquire new systems and they are seeking to educate themselves on these new technologies. The threat is tangible. The urgency is real. Counter UAS 2020 will address the topics that go beyond the technical, and delve deeper into the crux of matching national requirements with effective, long-term solutions.

Complete the form to your right to receive the full 2020 agenda, with the complete speaker line-up and session guide.

Download the full agenda by submitting the form below: