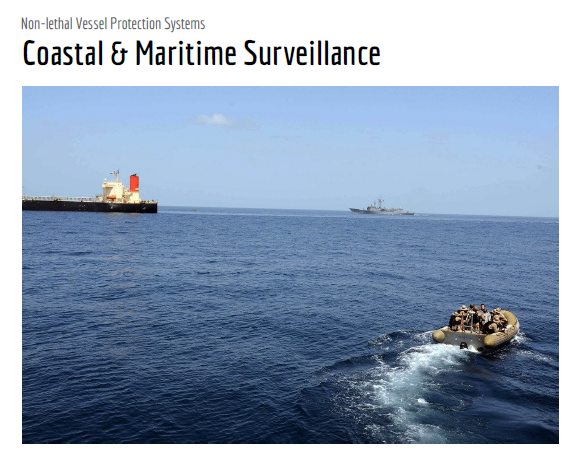 As the number of potential conflict hotspots across the world increases, there is growing risk that similar tactics may be employed by militant groups that have demonstrated their competency in perpetrating attacks on the high seas, including the Abu Sayyaf Group (ASG) in the Philippines, and the Islamic State factions of Southeast Asia. Propaganda material uncovered from Islamic State fighters returning from the Middle East to countries like Indonesia and Southeast Asia also suggest that fighters may harbour intentions to carry out maritime-borne acts of terrorism in this part of the world.

Against the backdrop of these risks, this report highlights several notable vessel protection systems that are currently on the market, or are on the verge of being commercialised. These non-lethal systems may be useful not only in preventing attacks by maritime terrorists, but also crimes perpetrated by pirates, and petty thieves.