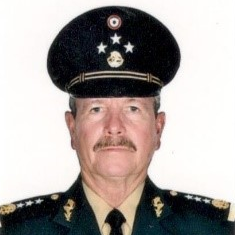 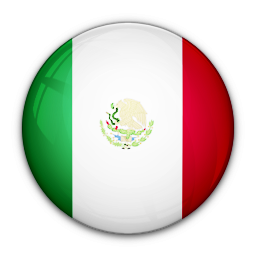 He joined the army on September 1st, 1971, as a cadet at Military Academy (Heroico Colegio Militar); and he was promoted accordingly his hierarchy. He has been in charge of several operative and administrative positions, such as: Infantry and Airborne Company Commander, an Airborne Battalion Commander, Commander of two different Infantry Battalions; Cadets Corp Commander at the Military Academy; Deputy Chief of Staff of a Military Region, I Army Corp Deputy Chief of Staff; Airborne Brigade Commander, Military Police Brigade Commander, Garrison Commander, and Commander of two Military Zones; 2nd in Command and Commander of the Military Academy, Commander of a Military Region, Inspector and Comptroller General of the Army and Air Force. He was a Military and Air Attaché to the Mexican Embassy in Washington, D.C., United States, and Defense Attaché to the Mexican Embassy in Madrid, Spain He was awarded with the following decorations: 5th, 4th, 3rd, 2nd, and 1st Class Perseverance, Special, Outstanding and Institutional; Distinguished Services, Military Distinction, Military Merit, Teaching Merit, Merit on the Campaign against Drug Trafficking. His academic background includes: “Officer Formation Course” and high school at Military Academy; “Command and General Staff Course” and Bachelor’s Degree in Military Administration at War School; Master’s Degree in Military Administration for Homeland Security and National Defense at the National Defense College.

12:30 PM THE DEFENSE STRATEGY OF THE MEXICAN STATE AND ITS RELATIONSHIP WITH REGIONAL COOPERATION

Check out the incredible speaker line-up to see who will be joining Dagoberto.