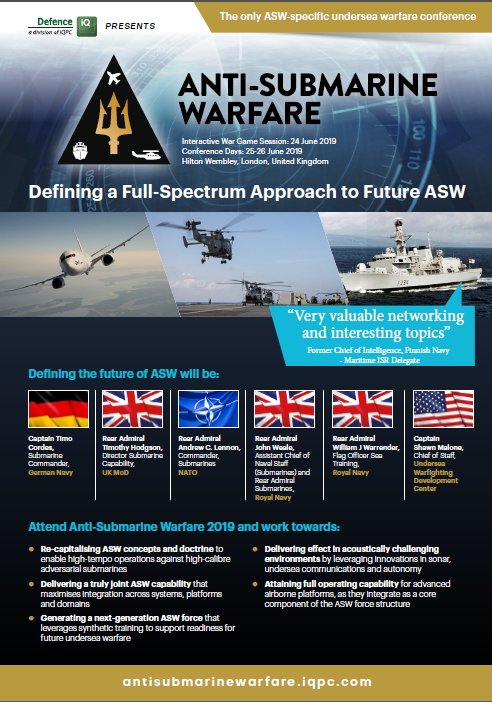 The Anti-Submarine Warfare conference (24-26 June; London) has been designed to help shape the doctrine, training and capability that can deliver an integrated, full-spectrum approach to future ASW.

Don't like filling in forms? Email us at sponsorship@iqpc.co.uk and we'll send you a copy of the latest agenda.