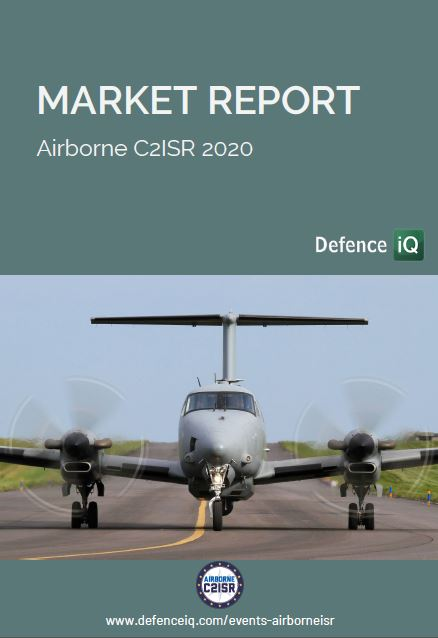 The Airborne C2ISR market is projected to grow at a compound growth rate of 5.1% and will reach over US$9.6 billion by 2025. Ahead of the Airborne C2ISR 2020 conference, Defence iQ compiled a market report outlining ongoing programmes and key requirements of the next few years.

In downloading the report, you will learn more about programmes and requirements from countries and organisations that will attend Airborne C2ISR 2020, such as:

Other information available in the report include:

Airborne C2ISR 2020 is themed around ‘embedding innovation at speed and at scale’ with an emphasis on optimizing the decision advantage of the future war fighter across the full spectrum of operations. To view the full conference agenda and details about speaker presentations, you can download the agenda here. 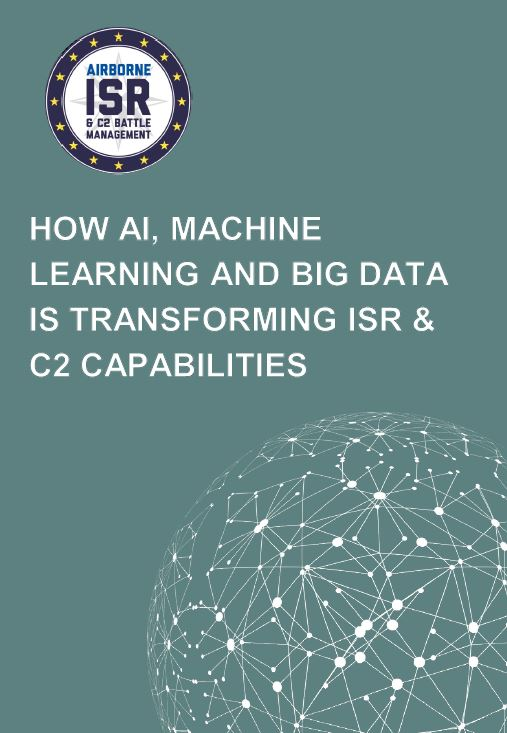 Multi-domain concepts of operation and the proliferation of sensor networks require new and enhanced forms of data processing. Big data must be fused, exploited and turned into actionable intelligence quickly to enable the ISR and C2 communities to improve their decision-making abilities and outmatch their adversaries.

Ahead of Airborne ISR & C2 Battle Management 2019, Dr Thomas Killion, Chief Scientist at NATO, discusses here the key areas where AI and machine learning have already started to enhance military decision-making and accelerate the acquisition of actionable intelligence and how these technologies will revolutionise the ISR space in the future. 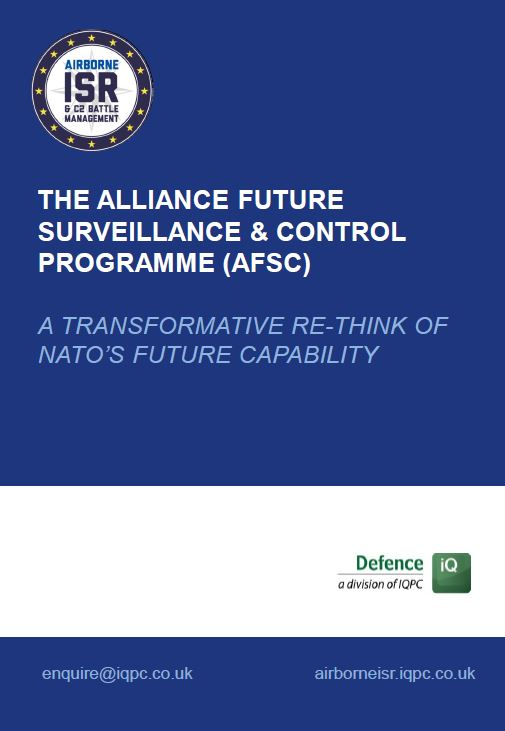 In this exclusive interview with Dr Çağatay Soyer, Alliance Future Surveillance & Control Project Manager, NATO Support and Procurement Agency and speaker at Airborne ISR & C2 Battle Management 2019, learn more about NATO’s AFSC programme to replace the E-3 aircraft fleet once it retires in 2035. In this Q&A, he shares exclusive insights on: 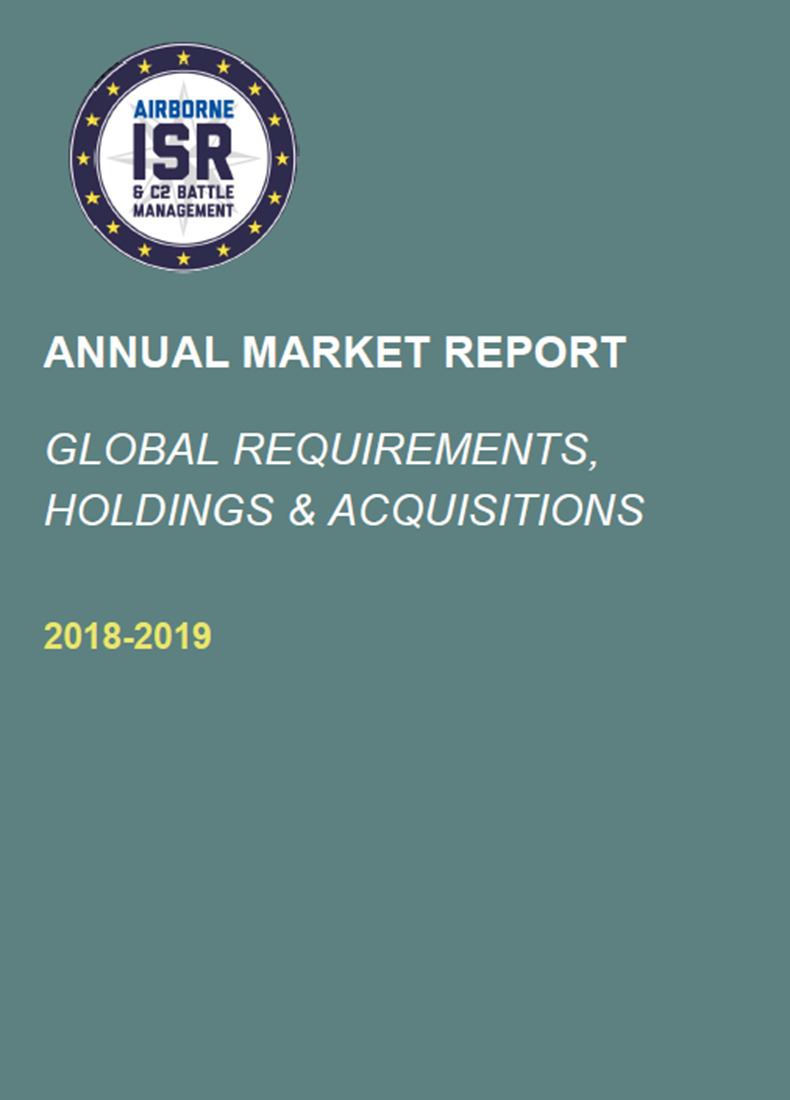 The global Airborne ISR market will reach US$28,105 million in 2018 and is expected to grow significantly over the next decade, marked by increasing investments in unmanned aerial systems. Ahead of Airborne ISR & C2 Battle Management 2019, Defence IQ compiled its annual global market report, putting three programmes under the spotlight: NATO’s Alliance Future Surveillance and Control (AFSC) Programme; the RAF replacement of its Sentry fleet; and the USAF Advanced Battle Management System. The rest of the report will elaborate on programmes from countries that will be present at the conference, such as: 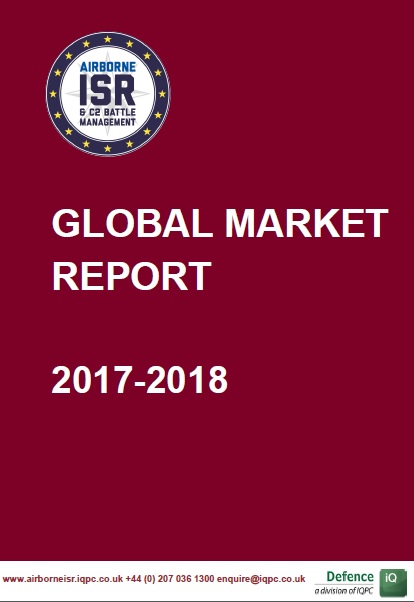 This year, airborne ISR capabilities have been a vital resources to deployed troops on the Middle East battlefields, by providing them with situational awareness and enabling them to achieve the desired effect. While the acquisition still remains strongly focused on today's challenges, both governments and industry are starting to turn towards tomorrow's fights.

Each year, Defence IQ provides the community with an extensive and comprehensive global market report on active programmes and emerging acquisitions of ISR capabilities and aicraft holdings. Discover in this report key programmes from countries that will be present at this year's Airborne ISR & C2 Battle Management conference, such as Brazil, the UK, the US, France, Turkey and Jordan. 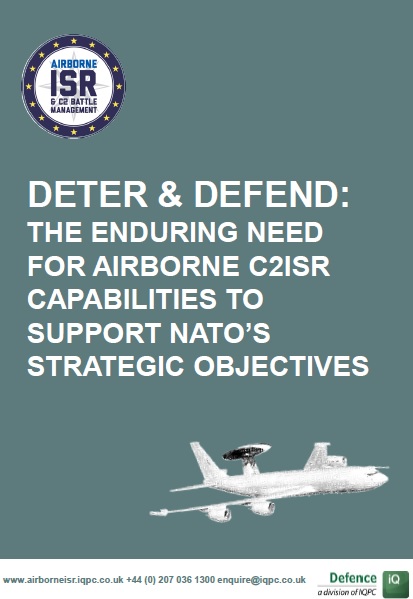 The geopolitical events of this year have been a sobering reminder need for global airborne ISR and early warning capabilities and the support they provided to the ground forces has been vital in the operating space. Commanders have been working hard to de-conflict what has become an increasingly congested airspace in order to commit air strikes and this would not have been executed effectively without the use of coalition airborne ISR assets.

Senior military leaders from across the world will be coming to the Airborne ISR & C2 Battle Management conference to share their perspectives on the issues that affect the international community. Ahead of the event, Defence IQ had the opportunity to speak with one of the conference's keynote speakers, Lieutenant General Steven Shepro, Deputy Chairman of the NATO Military Committee, to get his thoughts on how NATO's airborne early warning and ISR capabilities are supporting their strategic military objectives. 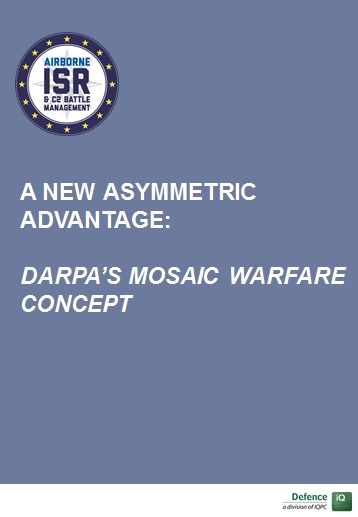 Acknowledging that innovation is required to maintain asymmetric advantage in warfare, NATO nations are looking to adopt more innovative concepts of operation to help direct investment into R&D and S&T. Part of this is a movement away from more expensive, monolithic military systems towards more adaptable, resilient systems of capabilities that can support multiple types of operation across multiple domains.

Ahead of the Airborne ISR & C2 Battle Management conference taking place in March 2018, Defence IQ had an opportunity to interview the Director of the Strategic Technology Office at DARPA, Dr Thomas Burns. In this exclusive transcript of the conversation, Dr Burns discusses DARPA's development of the 'Mosaic Warfare' concept, a new vision for U.S. strategic asymmetric advantage underpinned by the use of dynamic, lower cost, coordinated and autonomous systems. 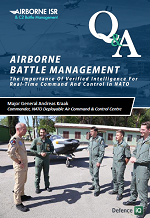 At this year’s Airborne ISR & C2 Battle Management conference (London, UK; 14-16 March, 2017), Major General Andreas Kraak will be briefing international representatives of military, government and industry on the importance of verified intelligence for real-time command and control (C2) in NATO. Ahead of the event, Defence IQ asked him where the priorities – and limitations – lie…

The emergence of new conflicts in the past twelve months has forced new demands on airborne ISR assets. In response, intelligence chiefs are calling for major changes to spending priorities before these problems become insurmountable. Defence IQ's Richard de Silva speaks with Rear Admiral Brett Heimbigner, director of the Intelligence Division at the NATO International Military Staff; Brigadier David Evans, the Royal Navy’s Head of Information Superiority; and Matt Roper, Chief of the Joint ISR Team at NATO’s Communications and Information Agency (NCIA); all of whom will be briefing this year's Airborne ISR & C2 Battle Management delegation.

As far as militaries are concerned, there is now a pressing operational need for this problem to be resolved. Testing these systems, training remote pilots and utilizing their benefits for homeland security are all increasingly vital given the emphasis most European nations are placing on ISR. While current restrictions convolute development for armed forces and local authorities, they can also prevent solution-providers from knowing exactly what their products need to possess in order to operate legally in the future...

Each year, this leading international symposium looks to understand how both existing and emerging airborne C2 and ISR capabilities can produce the desired effects in the battlespace through the networking of sensors, operators, battlespace managers, commanders, analysts and warfighters. Through the integration and interconnection of knowledge nodes across domains, across networks and across agencies and armed forces we can achieve true information dominance, and it's this vision for multi-domain, information and decision-making superiority that will underlie the focus of the 2017 symposium, bringing together senior military leaders and industry innovators from every region to establish new methods of thinking, operating and integration.

As a complimentary offering to the community, this annual report provides the latest information available on worldwide airborne ISR assets – from airborne early warning to reconnaissance aircraft, both manned and unmanned – in order to help end-users and industry understand the requirements at hand. 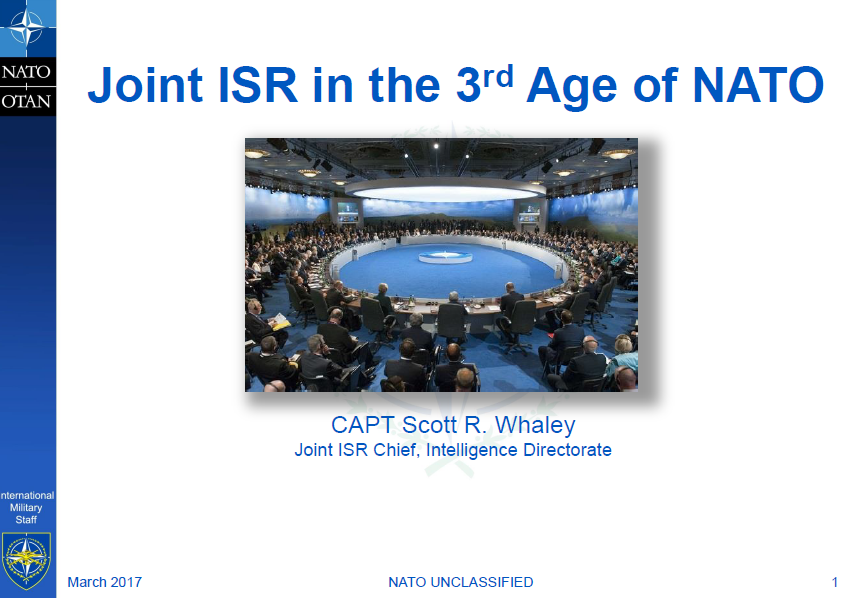 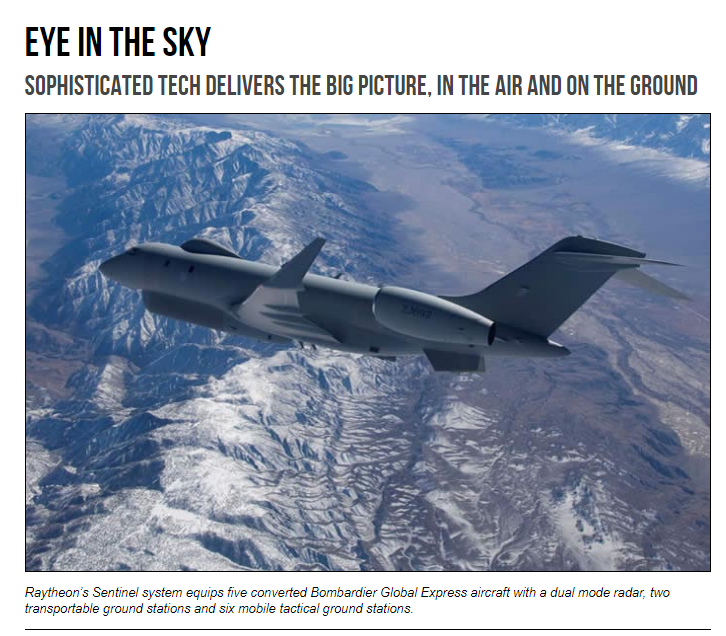 Raytheon - Eye in the sky Sophisticated tech delivers the big picture, in the air and on the ground 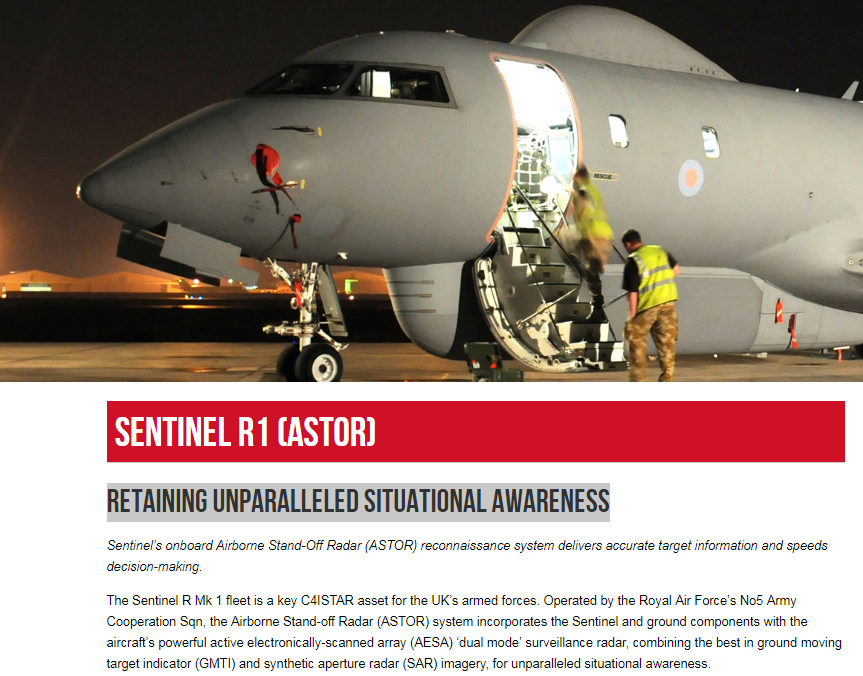